Toulmin was born in London, England on 30 April 1740 to Caleb Toulmin and Mary Skinner, daughter of Thomas Skinner. [2] At age eight, on 11 November 1748, Toulmin was admitted to St. Paul's School in London. As he grew, so did his nonconformist views. Because Toulmin refused to conform to the Church of England, he next was educated under David Jennings [3] at the dissenting academy in Wellclose Square, of the Coward Trust, located on The Highway in the East End of London.

By 1761 at age twenty-one, the Dissenting Academy ordained Toulmin as a Dissenting minister. On graduating from Wellclose Square Dissenting Academy, now Reverend (Rev.) Toulmin became the Presbyterian minister of his first congregation at Colyton, a civil parish located within east Devonshire. Although the Colyton congregation was Presbyterian, Toulmin eventually became a convert to the opinions of the Baptists. Now an antipaedobaptist, Toulmin began to advocate adult baptism and to theologically oppose infant baptism.

At the age of twenty-four, Toulmin married Jane Smith. The Toulmins eventually had twelve children, of whom only five survived. Toulmin's theological objections to infant baptism possibly extended to infant registration, as none of his children's births were registered. [4] Their eldest son, Harry Toulmin, went on to become a Unitarian minister and then emigrated to America, where eventually he was forced to resign as President of Transylvania Seminary in Lexington, Kentucky "under disapproval of his Socinian (Unitarian) errors." [5]

Joshua Toulmin Smith was his grandson.

From Presbyterian to Baptist minister

In 1765, at the age of twenty-five, Toulmin transferred himself to his second congregation at Taunton, in Somersetshire, as a Baptist minister. For the next thirty-nine years, Toulmin lived in Taunton and had charge of the Taunton Baptist congregation at Mary Street Unitarian Chapel, [6] where he also taught school and published most of his sixty-plus works through which he expressed his anti-England sympathy with both the American Revolutionary War (1775–1783) and the French Revolution (1787–1799).

Because Toulmin favored the United States and France, then-enemies of England, he "could seldom pass through the streets without insult, while to keep company with him was deemed contagious and impossible." [4] For example, during the French Revolution, an effigy of Thomas Paine was burned before Toulmin's door and his windows were broken.

In 1769, Toulmin received an Artium Magister (A.M.) degree from the recently founded College in the English Colony of Rhode Island and Providence Plantations (the former name for Brown University) [7] in Providence, Rhode Island. [4]

In 1778, Toulmin wrote to Rev. Robert Robinson of Cambridge requesting copies of Robinson's lectures on nonconformity to use as a guide for Toulmin's own lectures. In the letter (see above), Toulmin expresses his opinion about baptism. [8]

In 1790, Toulmin carried out a census of Taunton and "counted nearly five and a half thousand people living within the area ringed by the turnpike gates." [4] He followed up this census with his book, The History of Taunton in the County of Somerset, which was published in 1791 while he held the title schoolmaster. [9]

In 1794, Toulmin received his Doctor of Divinity (D.D.) diploma from Harvard University in the United States and was accorded the title Doctor. [1]

In 1798, Toulmin's daughter Jane drowned. In the face of this hardship and his longtime political persecutions, he stood strong. For example, during his ministry in Taunton at the Mary Street Unitarian Chapel, [6] poet Samuel Taylor Coleridge wrote, in a 1798 letter to John Prior Estlin, "I walked into Taunton (eleven miles) and back again, and performed the divine services for Dr. Toulmin. I suppose you must have heard that his daughter, (Jane, on 15 April 1798) in a melancholy derangement, suffered herself to be swallowed up by the tide on the sea-coast between Sidmouth and Bere (sic. Beer). These events cut cruelly into the hearts of old men: but the good Dr. Toulmin bears it like the true practical Christian, — there is indeed a tear in his eye, but that eye is lifted up to the Heavenly Father." [4]

From Baptist to Unitarian minister

Somewhere along the way, Toulmin's beliefs changed again from Baptist to Unitarian. In January 1804, at age sixty-four, Toulmin moved to Birmingham, England and accepted a position as one of the pastors of the Birmingham Unitarian congregation, formerly presided over by the co-discover of oxygen, Joseph Priestley. Between 1809 and 1811, Toulmin lived in Birmingham on Paradise Row, and he died there on 23 July 1815, at the age of seventy-five. [1]

Toulmin initially was buried in the Old Meeting graveyard in Birmingham. [10] His tombstone was moved to the borough cemetery at Witton in 1886. At the time of his death, Toulmin had a plan for an annuitant society for the benefit of widows. However, this society plan came to grief because it was based on London death rates, which differed from those of Birmingham. [4]

Dr. Toulmin was a prolific writer, and is known to have written over sixty publications in the areas of (i) religion and spirituality, history, parenting and families, reference, and nonfiction. [11] He occasionally contributed to the Theological Repository , The Nonconformists' Memorial , The Monthly Magazine , and other periodical publications. Many of his personal letters have survived, and may be seen in Dr Williams's Library in London. In addition, Taunton public library has a copy of his book, "The History of Taunton in the County of Somerset", (published in 1791) and many papers related to him "Joshua Toulmin[*1331] 1740 - 1815". Archived from the original on 12 September 2012.. 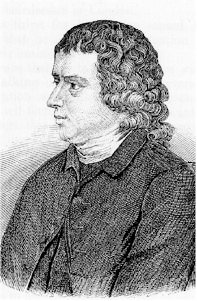 Theophilus Browne (1763–1835) was a Unitarian clergyman who was born in 1763 in Derby, England. He had a varied career, with a congregation once paying him to leave a chapel. He also proposed that church funds could be improved using state lotteries.

Harry Toulmin was a Unitarian minister and politician. The son of noted Dissenting minister Joshua Toulmin, Toulmin fled his native England for the United States after he and his followers were persecuted for their beliefs. He arrived in Virginia in 1793, and aided by recommendations from Thomas Jefferson and James Monroe, he was chosen president of Transylvania Seminary in Lexington, Kentucky. His Unitarian views, however, offended many of the orthodox Presbyterian members of Transylvania's board of regents, and Toulmin resigned after two years.

Hugh Farmer was an English Dissenter and theologian. 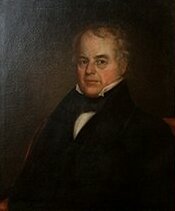 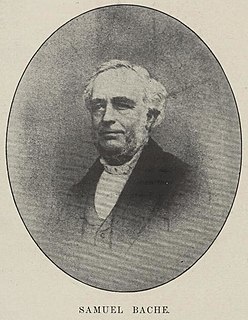 Robert Robinson D.D., was an eccentric Dissenting Minister, and has been accused of being controversial and belligerent. 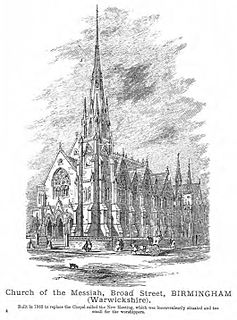 The Church of the Messiah, Birmingham was a Unitarian church on Church Street. The congregation continues, having moved to purpose-built premises at Five Ways in 1973. The impressive Victorian building was demolished in 1978. 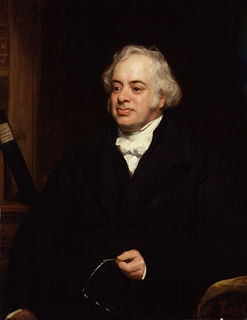 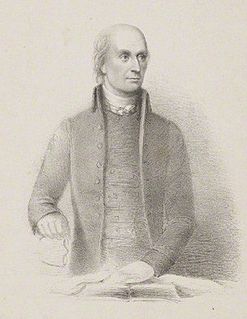 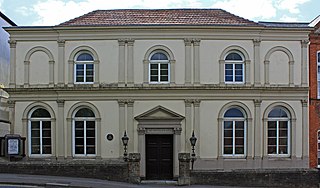 Taunton Unitarian Chapel is on Mary Street, Taunton, Somerset, England. It was built in the early 18th century as a Baptist chapel, but later adopted Unitarianism. The exterior was extensively renovated in the 19th century in an Italianate style. The chapel has been designated as a Grade II* listed building.

John Edwards (1768–1808) was an English nonconformist minister and political radical. He is best known as the successor of Joseph Priestley at the New Meeting House, Birmingham.