Judith Daria Zuk (September 11, 1951 – September 1, 2007) was an American horticulturist, author and conservationist who served as president of the Brooklyn Botanic Garden from 1990 to 2005.

The Brooklyn Botanic Garden, founded in 1910, was commemorating its 80th anniversary as Judith Zuk assumed the directorship. Considered one of America's leading institutions of its type, the Garden had just undergone a spate of construction work designed to expand its building area. The space dedicated to nature, however, was still in need of renovation and in the months and years to come, Zuk proved to be a tireless fundraiser, bringing in millions of dollars to refurbish such areas as the fragrance garden, the Cranford rose garden, the Japanese hill-and-pond garden and the children's garden.

She was also an ardent conservationist and environmentalist, representing the United States at the Botanic Gardens Conservation International, a worldwide organization created to ensure the survival of plants facing extinction. Another of her projects was a new high school dedicated to environmental issues, which she realized with the help of the administration of adjoining Prospect Park and The New York City Department of Education.

Upon her retirement in mid-2005, she was honored with the renaming of the Garden's magnolia plaza as well as a golden yellow variety of magnolia, developed at the Garden, to be known as "Judy Zuk". Judith Zuk died in Brooklyn of breast cancer in 2007, ten days before her 56th birthday. 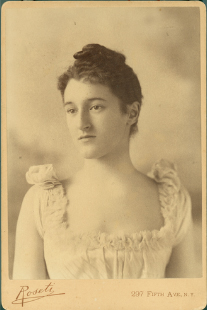 Beatrix Cadwalader Farrand was a landscape gardener and landscape architect in the United States. Her career included commissions to design about 110 gardens for private residences, estates and country homes, public parks, botanic gardens, college campuses, and the White House. Only a few of her major works survive: Dumbarton Oaks in Washington, D.C., the Abby Aldrich Rockefeller Garden on Mount Desert, Maine, the restored Farm House Garden in Bar Harbor, the Peggy Rockefeller Rose Garden at the New York Botanical Garden, and elements of the campuses of Princeton, Yale, and Occidental.

Brooklyn Botanic Garden (BBG) is a botanical garden in the borough of Brooklyn, New York City. It was founded in 1910 and is located in Mount Prospect Park in central Brooklyn, adjacent to Prospect Park and the Brooklyn Museum. The 52-acre (21 ha) garden holds over 14,000 taxa of plants and has nearly a million visitors each year. It includes a number of specialty "gardens within the Garden", plant collections, the Steinhardt Conservatory that houses the C. V. Starr Bonsai Museum, three climate-themed plant pavilions, a white cast-iron-and-glass aquatic plant house, and an art gallery.

Francis Higginson Cabot, was an American gardener and horticulturist. He founded the nonprofit The Garden Conservancy.

Botanic Gardens Conservation International (BGCI) is a plant conservation charity based in Kew, London, England. It is a membership organisation, working with 800 botanic gardens in 118 countries, whose combined work forms the world's largest plant conservation network.

John Caspar Wister was one of the United States' most highly honored horticulturists.

Eva Maria Zuk was a Polish-Mexican piano concertist. She was raised in Venezuela and New York City. She began music studies with her mother at the age of 4.

Alfred D. Robinson (1866–1942) and his wife Marion James Robinson (1873–1919) were wealthy residents of San Diego, California known for their impact on gardening and the cultivation of flowers, particularly begonias. Their extensive home garden was used to propagate and develop more than 100 new varieties of ornamental flowers and was later opened to the public as Rosecroft Begonia Gardens. Rosecroft was the name of their estate in the Point Loma neighborhood of San Diego. The residence, built for them in 1912, is now listed on the National Register of Historic Places. 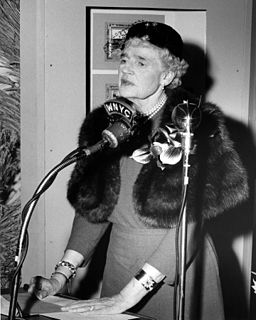 John Hendley Barnhart was an American botanist and author, specializing in biographies of botanists.

The American Iris Society is an organization dedicated to sharing information about and sponsoring research on the iris, a temperate zone plant that is often cultivated for its showy flowers. A major goal in its early years was to bring order to the then-confused nomenclature of the genus Iris, especially garden iris species and cultivars. Its members comprise horticulturists, botanists, gardeners, plant breeders, and nursery owners.

Charlotte Milliken Hoak (1874-1967) was a 20th-century teacher, horticulturist, occasional botanist and garden columnist in Southern California. She advocated the use of native plants for landscaping public places including roadsides because they were best suited for the environment and did not draw on scarce water resources. As a teacher she taught organic gardening and composting techniques to her elementary school students and members of the community. Charlotte received recognition and awards from several plant societies, garden clubs, and well known botanists and horticulturists with whom she worked. Her contributions to the field of horticulture and her advocacy for the conservation of natural resources and preservation of wild-lands is documented and warrants recognition.

William A. McNamara is an American horticulturist and expert in the field of plant conservation and the flora of Asia. He is President and Executive Director of Quarryhill Botanical Garden, a 25-acre wild woodland garden in Northern California's Sonoma Valley featuring wild-sourced plants from East Asia. In 2017, he and Quarryhill Botanical Garden celebrated their 30th Anniversary.

Howard Samuel Irwin Jr. was an American botanist and taxonomist who specialized in the genus Cassia and worked as an administrator at the New York Botanical Garden, Long Island University, and the Brooklyn Botanic Garden.

Edith Margaret Bell Douglas was a Canadian botanist and horticulturist known for her work in the Southwestern United States and Mexico. She helped establish the Desert Botanical Garden and donated 1,500 of her own specimens to its herbarium. She is a member of the Arizona Women's Hall of Fame and the namesake of the Garden Club of America's Margaret Douglas Medal.