Jules Jean Baptiste Vincent Bordet ( /bɔːrˈdeɪ/ ; 13 June 1870 – 6 April 1961) was a Belgian immunologist and microbiologist. The bacterial genus Bordetella is named after him. The Nobel Prize in Physiology or Medicine was awarded to him in 1919 for his discoveries relating to immunity.

Bordet was born at Soignies, Belgium. He graduated as Doctor of Medicine from the Free University of Brussels in 1892 and began his work at the Pasteur Institute in Paris in 1894, in the laboratory of Elie Metchnikoff, who had just discovered phagocytosis of bacteria by white blood cells, an expression of cellular immunity.

In 1895 Bordet made his discovery that the bacteriolytic effect of acquired specific antibody is significantly enhanced in vivo by the presence of innate serum components which he termed alexine (but which are now known as complement). Four years later, in 1899, he described a similar destructive process involving complement, "hemolysis", in which foreign red blood cells are ruptured or "lysed" following exposure to immune serum. In 1900, he left Paris to found the Pasteur Institute in Brussels but continued to work extensively on the mechanisms involved in the action of complement. These studies became the basis for complement-fixation testing methods that enabled the development of serological tests for syphilis (specifically, the development of the Wassermann test by August von Wassermann). The same technique is used today in serologic testing for countless other diseases.

With Octave Gengou, he isolated Bordetella pertussis in pure culture in 1906 and posited it as the cause of whooping cough. He became Professor of Bacteriology at the Université Libre de Bruxelles in 1907.

In March 1916, he was elected a Foreign Member of the Royal Society [1] and in 1930, delivered their Croonian Lecture. [2] In this lecture, Bordet also concluded that bacteriophages, the bacteria-killing "invisible viruses" discovered by Felix d'Herelle did not exist and that bacteria destroyed themselves using a process of autolysis. This theory collapsed in 1941 with the publication by Ruska of the first electron microscope pictures of bacteriophages. [3] The Nobel Prize in Physiology or Medicine was awarded to him in 1919 for his discoveries relating to immunity.

Bordet died in 1961 and was interred in the Ixelles Cemetery in Brussels.

The Bordet railway station in Brussels is named after him. 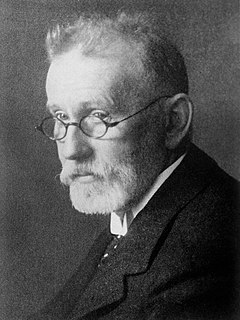 Paul Ehrlich was a Nobel Prize-winning German Jewish physician and scientist who worked in the fields of hematology, immunology, and antimicrobial chemotherapy. Among his foremost achievements were finding a cure for syphilis in 1909 and inventing the precursor technique to Gram staining bacteria. The methods he developed for staining tissue made it possible to distinguish between different types of blood cells, which led to the ability to diagnose numerous blood diseases.

Ilya Ilyich Mechnikov was a Russian Imperial zoologist of Moldavian and Ukrainian Jewish origin best known for his pioneering research in immunology.

Salvador Edward Luria was an Italian microbiologist, later a naturalized U.S. citizen. He won the Nobel Prize in Physiology or Medicine in 1969, with Max Delbrück and Alfred Hershey, for their discoveries on the replication mechanism and the genetic structure of viruses. Salvador Luria also showed that bacterial resistance to viruses (phages) is genetically inherited. 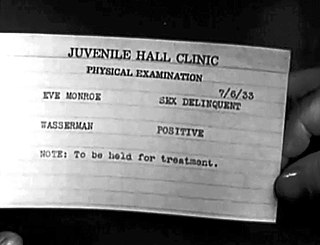 The Wassermann test or Wassermann reaction (WR) is an antibody test for syphilis, named after the bacteriologist August Paul von Wassermann, based on complement fixation. It was the first blood test for syphilis and the first in the nontreponemal test (NTT) category. Newer NTTs, such as the RPR and VDRL tests, have mostly replaced it. 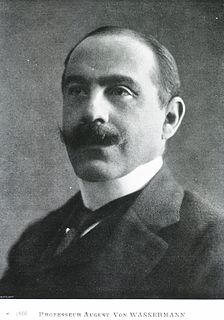 August Paul von Wassermann was a German bacteriologist and hygienist. 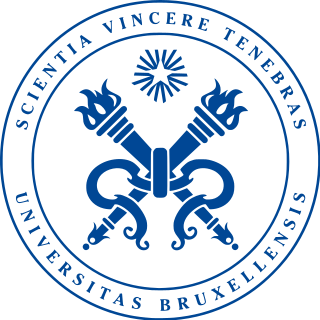 Félix d'Hérelle was a French microbiologist. He was co-discoverer of bacteriophages and experimented with the possibility of phage therapy. D'Herelle has also been credited for his contributions to the larger concept of applied microbiology. 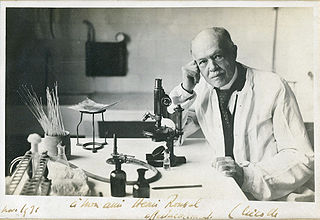 Charles Jules Henri Nicolle was a French bacteriologist who received the Nobel Prize in Medicine for his identification of lice as the transmitter of epidemic typhus. 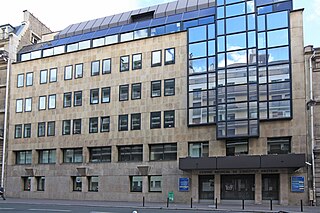 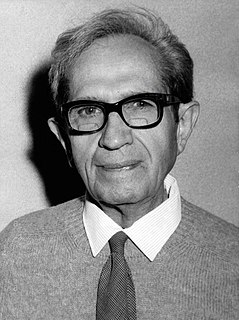 Albert Claude was a Belgian-American cell biologist and medical doctor who shared the Nobel Prize in Physiology or Medicine in 1974 with Christian de Duve and George Emil Palade. His elementary education started in a comprehensive primary school at Longlier, his birthplace. He served in the British Intelligence Service during the First World War, and got imprisoned in concentration camps twice. In recognition of his service, he was granted enrolment at the University of Liège in Belgium to study medicine without any formal education required for the course. He earned his Doctor of Medicine degree in 1928. Devoted to medical research, he initially joined German institutes in Berlin. In 1929 he found an opportunity to join the Rockefeller Institute in New York. At Rockefeller University he made his most groundbreaking achievements in cell biology. In 1930 he developed the technique of cell fractionation, by which he discovered the agent of the Rous sarcoma, components of cell organelles such as mitochondrion, chloroplast, endoplasmic reticulum, Golgi apparatus, ribosome and lysosome. He was the first to employ the electron microscope in the field of biology. In 1945 he published the first detailed structure of cell. His collective works established the complex functional and structural properties of cells.

Octave Gengou was a Belgian bacteriologist. He researched with Jules Bordet the Bordetella pertussis bacteria.

Les plus grands Belges, is a television show that aired in 2005 on the Belgian French-speaking public channel RTBF. In the program the audience could vote for the greatest Belgian by using the website, sending an SMS or using the telephone. In total several hundred thousand votes were cast. Nominees needed to have lived between 50 BC and now, between the borders of present-day Belgium. This is because Belgium only gained its independence in 1830, while numerous historical individuals from, for example, the Spanish Netherlands, are considered to be "Belgians".

The following are notable events in the Timeline of immunology:

Institut Jules Bordet is a specialized general hospital and research institute of the Université libre de Bruxelles which specializes in oncology. It is located in Brussels, Belgium. The institute is named after Jules Bordet, a Belgian immunologist and microbiologist who won the Nobel Prize in Physiology or Medicine in 1919 for his discoveries relating to immunity.

André Michel Lwoff was a French microbiologist and Nobel laureate. 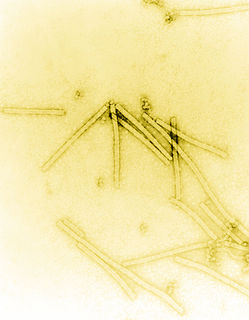 The history of virology – the scientific study of viruses and the infections they cause – began in the closing years of the 19th century. Although Louis Pasteur and Edward Jenner developed the first vaccines to protect against viral infections, they did not know that viruses existed. The first evidence of the existence of viruses came from experiments with filters that had pores small enough to retain bacteria. In 1892, Dmitri Ivanovsky used one of these filters to show that sap from a diseased tobacco plant remained infectious to healthy tobacco plants despite having been filtered. Martinus Beijerinck called the filtered, infectious substance a "virus" and this discovery is considered to be the beginning of virology.

Frederick Parker Gay was an American bacteriologist who combated typhoid fever and leprosy as well as studied the mechanism of immunity. He was a charter member of the Explorers Club.