He was born in Fossano, Italy then under the rule of Napoleon Bonaparte. At the age of ten he emigrated to France with his family where he studied in Versailles — winning a Physics prize at graduation. He then studied in the École Polytechnique as a civil engineer. He gradually took on more responsibility in various regional posts. He received a Légion d'honneur in 1843 for his work on the French road system, and shortly after moved to Paris. He also studied flood management in 1848 and supervised the construction of the Paris sewer system. He died in Paris.

Engineering questions led to his interest in economics, a subject in which he was self-taught. His 1844 article was concerned with deciding the optimum toll for a bridge. It was here that he introduced his curve of diminishing marginal utility. As the quantity of a good consumed rises, the marginal utility of the good declines for the user. So the lower the toll (lower marginal utility), the more people who would use the bridge (higher consumption). Conversely as the quantity rises (people allowed on the bridge), the willingness of a person to pay for that good (the price) declines.

Dupuit went on to define "relative utility" as the area under the demand/marginal utility curve above the price and used it as a measure of the welfare effects of different prices – concluding that public welfare is maximized when the price (or bridge toll) is zero. This was later known as Marshall's "consumer surplus".

Dupuit's reputation as an economist does not rest on his advocacy of laissez-faire economics (he wrote "Commercial Freedom" in 1861) but on frequent contributions to periodicals. Wanting to evaluate the net economic benefit of public services, Dupuit analysed capacities for economic development, and attempted to construct a framework for utility theory and measuring the prosperity derived with public works. He also wrote on monopoly and price discrimination.

Dupuit also considered the groundwater flow equation, which governs the flow of groundwater. He assumed that the equation could be simplified for analytical solutions by assuming that groundwater is hydrostatic and flows horizontally. This assumption is regularly used today, and is known by hydrogeologists as the Dupuit assumption.

Alfred Marshall was an English economist, who was one of the most influential economists of his time. His book, Principles of Economics (1890), was the dominant economic textbook in England for many years. It brought the ideas of supply and demand, marginal utility, and costs of production into a coherent whole. He is known as one of the founders of neoclassical economics.

Marie-Esprit-Léon Walras was a French mathematical economist and Georgist. He formulated the marginal theory of value and pioneered the development of general equilibrium theory. Walras is best known for his book Éléments d'économie politique pure, a work that has contributed greatly to the mathematization of economics through the concept of general equilibrium. The definition of the role of the entrepreneur found in it was also taken up and amplified by Schumpeter. 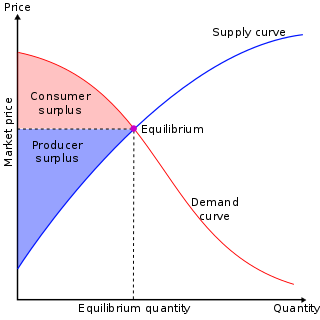 Marginalism is a theory of economics that attempts to explain the discrepancy in the value of goods and services by reference to their secondary, or marginal, utility. The reason why the price of diamonds is higher than that of water, for example, owes to the greater additional satisfaction of the diamonds over the water. Thus, while the water has greater total utility, the diamond has greater marginal utility.

Allocative efficiency is a state of the economy in which production is aligned with consumer preferences; in particular, every good or service is produced up to the point where the last unit provides a marginal benefit to consumers equal to the marginal cost of producing.

Hermann Heinrich Gossen was a Prussian economist who is often regarded as the first to elaborate a general theory of marginal utility. 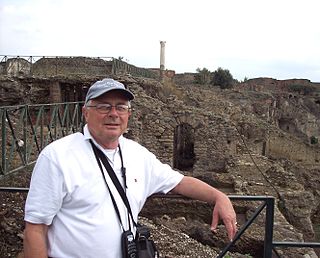 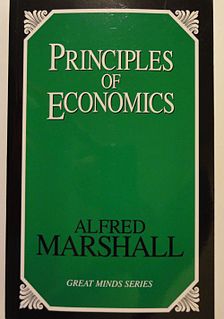 Principles of Economics is a leading political economy or economics textbook of Alfred Marshall (1842–1924), first published in 1890. It was the standard text for generations of economics students. Called his magnum opus, it ran to eight editions by 1920. A ninth (variorum) edition was published in 1961, edited in 2 volumes by C. W. Guillebaud.