On 1 August 1794, at Cuges (Bouches-du-Rhône department), she married Joseph Bonaparte, elder brother of Napoléon Bonaparte. She accompanied her spouse to Italy when he became ambassador to Rome in 1797, and then settled with him in Paris in 1800. [1]

In 1804, when her brother-in-law Napoleon made himself emperor, he named his brother Joseph Imperial Prince, giving Julie status of Imperial Princess. During the coronation of the emperor and empress the same year, Julie was given the task to carry the train of the empress with her sisters-in-law. [2]

Although Julie was reportedly able to behave in accordance with court etiquette and "royal formality", she preferred to live a private life surrounded by her family and relatives in her chateau in Mortefontaine, Oise (which had been bought in 1800), away from court as well as away from her adulterous spouse. [3]

Joseph was made King of Naples in 1806, thereby making Julie queen consort of Naples. She preferred to stay separated from him in Mortefontaine, however, and was ceremoniously treated as queen in the Imperial court of Paris. [4]

She finally joined Joseph in Naples before April 1808, when she was sent there by Napoleon to support him, as he by that time faced a rebellion. When they left, the Napolitans were convinced that they had removed many valuables with them, and commented: "The King arrived like a sovereign, and left like a brigand. The Queen arrived in rags and left like a sovereign." [5]

In 1808, Joseph was made King of Spain and Julie thereby formally became Queen of Spain. She was the first queen of Spain not of royal birth. However, she did not join him when he traveled to Spain and in fact never lived there, preferring to remain in her residence in Mortefontaine. She was kept informed from Vichy and Plombières about her husband's adulterous relationships in Spain. [ citation needed ]

In France, she was regarded as the representative of Joseph and his kingdom and ceremoniously treated as the queen of Spain at the French Imperial court of Napoleon. [6] She effectively functioned as an ambassador and informer of Joseph and upheld a political correspondence with him regarding Napoleon's plans of Spain, warning Joseph that he should make precautions necessary to control Spain, its unity, finances and army himself, as Napoleon would never allow Spain to be too independent. [7] In Spain, she was referred to as "Reina ausente" ('The Absent Queen').

The fall of Napoleon

Napoleon's army was defeated at the Battle of Vitoria on 21 June 1813. During the war, Julie gave refuge to her sister Desirée Clary, who by her marriage to the Crown Prince of Sweden was in fact an enemy citizen, as well as her sister-in-law Catharina of Württemberg, in her home Mortefontaine, and when the allied troops took Paris in 1814, Julie herself took refuge in the home of her sister Desirée in Paris. [8]

After the abdication of Napoleon, Julie bought the castle of Prangins in Switzerland, near Lake Léman.

During the Hundred Days in 1815, Julie was among those to welcome Napoleon to the Palace in Paris, dressed in Imperial court robe, alongside his former stepdaughter Hortense. [9]

After the Battle of Waterloo and the second downfall of Napoleon, the members of the Bonaparte family were exiled, and Joseph bought a property in the State of New Jersey near the River Delaware, with the proceeds of the sale of Spanish paintings taken from ransacked Madrid palaces, castles, monasteries and town halls; Julie herself, however, did not join him there, but left with her daughters to Frankfurt, where she stayed for six years, separated from her French-American husband.

In 1816, her sister Desiree, who was Crown Princess of Sweden, wished to bring Julie with her upon her return to Sweden; her husband the crown prince, however, thought this unwise, as Julie was a member of the Bonaparte family and her presence might be taken as a sign that he sided with the deposed Napoleon, and in the end, this came to nothing. [10]

Julie settled in Brussels in 1821, and then in Florence, Italy, at the Serristori Palace. She did not socialize with the French people. She was described as charming, quiet, dignified and peaceful and generally well liked. In 1823, she parted with her sister Desiree, who, as the Queen of Sweden, moved to Sweden.

In 1840, Joseph joined Julie in Florence. In spite of his adultery, she referred to Joseph as "my beloved husband". [ citation needed ] Joseph Bonaparte died on 28 July 1844, aged 76. Julie died eight months later in Florence, on 7 April 1845, at the age of seventy-three. They were buried side by side at the Basilica of Santa Croce in Florence. In 1862, the self-proclaimed French Emperor Napoleon III brought Joseph Bonaparte's remains back to France and had them inhumed to the right of his younger brother, the Emperor Napoleon I. The remains of Julie are still at the Basilica of Santa Croce in Florence beside those of her daughter, Charlotte, who died in Lucca, in Italy, on 3 March 1839, aged 36, giving birth to a stillborn child. [ citation needed ] 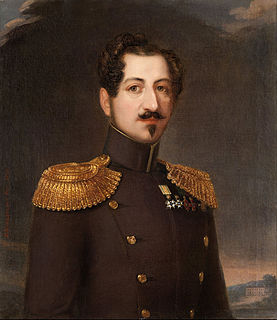 Oscar I was King of Sweden and Norway from 8 March 1844 until his death. He was the second monarch of the House of Bernadotte. 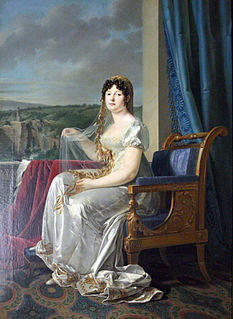 Princess Catharina Frederica of Württemberg was Queen consort of Westphalia by marriage to Jérôme Bonaparte, who reigned as King of Westphalia between 1807 and 1813. 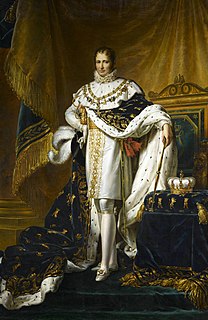 Bernardine Eugénie Désirée Clary, in Swedish officially Eugenia Bernhardina Desideria, was Queen of Sweden and Norway as the wife of King Charles XIV John, a former French general and founder of the House of Bernadotte. She was the mother of Oscar I, and one-time fiancée of Napoleon Bonaparte. She officially changed her name there to Desideria, which she did not use herself. 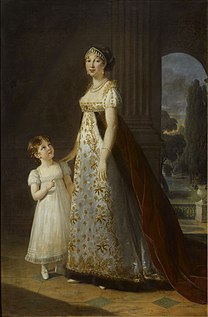 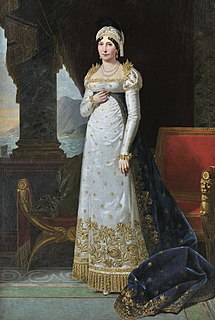 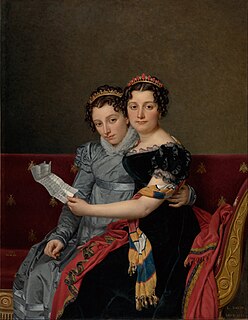 Charlotte Napoléone Bonaparte was the daughter of Joseph Bonaparte, the older brother of Emperor Napoleon I, and Julie Clary. Her mother was the sister of Désirée Clary, Napoleon's first love. Charlotte married her first cousin Napoleon Louis, the second son of Louis Bonaparte and Hortense de Beauharnais on 23 July 1826. She studied engraving and lithography in Paris with the artist Louis Léopold Robert, who is reputed to have fallen in love with her. 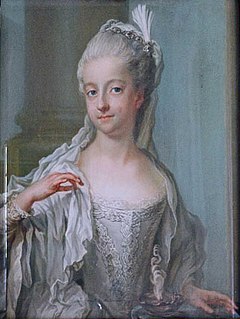 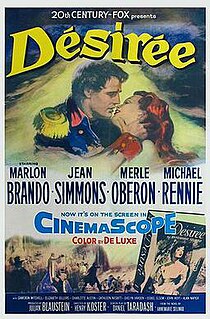 Désirée is a 1954 American historical-biographical film directed by Henry Koster and produced by Julian Blaustein from a screenplay by Daniel Taradash, based on the best-selling novel Désirée by Annemarie Selinko. The music score was by Alex North and the cinematography by Milton R. Krasner. The film was made in CinemaScope. 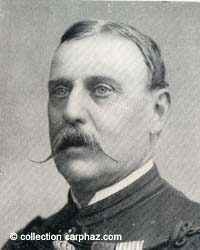 Joachim Joseph Napoléon Murat, 4th Prince Murat was a Major-General in the French Army and a member of the Bonaparte-Murat family.

Caroline Lewenhaupt, was a Swedish courtier, poet and amateur actress. 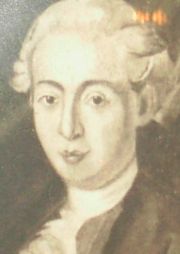 François Clary was a wealthy French merchant and is an ancestor of many European monarchs by two of his daughters. He was the father of Julie Clary, Queen of Naples and Sicily and of Spain and the Indies as married to Joseph Bonaparte, a brother of Napoleon Bonaparte. He was also the father of Désirée Clary, who at first was engaged to Napoleon and later became Queen of Sweden and Norway as married King Charles XIV John.

Events from the year 1811 in Sweden 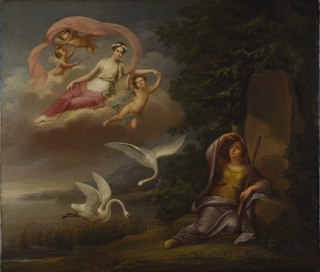 Events from the year 1823 in Sweden

Vilhelmina Gyldenstolpe, née De Geer, was a Swedish court official. She served as överhovmästarinna to the queen and later queen dowager of Sweden, Désirée Clary, from 1829 to 1858.