Julius Kugy was a mountaineer, writer, botanist, humanist, lawyer and officer of Slovenian descent. He wrote mostly in German. He is renowned for his travelogues from opening up the Julian Alps, in which he reflected on the relationship between man, nature, and culture. During all his life, he opposed competing nationalist ideologies in the Alpe-Adria region, insisting on the need of peaceful co-existence among Slovene, Italian and German peoples.

Julius Kugy was born to Slovenian family in Gorizia, then part of the Austrian Empire (now in Italy). His father Paul was a farmer from Lind (Lipa) near Arnoldstein in the Carinthian Gail Valley. His mother Giulia was the daughter of the Slovene poet Janez Vesel. The surname Kugy has the same origin as the surnames Kugi, Kogoj, and Kogej. [1] Kugy was educated in a multi-lingual environment: from an early age he was fluent in three of the four languages of his native Gorizia and Gradisca region: Italian, German, and Friulian. Kugy did not speak Slovene, [2] as he also writes in his book Aus dem Leben eines Bergsteigers. However, he did later learn to read Slovene. [3] During his childhood he would spend the summers in his father's native village of Lind, where he developed his interest in nature and mountains.

Julius attended the German-language secondary school in Trieste and continued his studies at the University of Vienna, graduating in law in 1882. Upon returning to Trieste, he took over the management of the import-export company Pfeifer & Kugy, co-founded by his father.

He explored large portions of the Eastern Alps, dedicating most of his mountaineering career to climbing in the Julian Alps, where he discovered and marked more than 50 new routes. Local guides helped him climb many a previously unconquered peak in the Julian Alps: he became famous for climbing Škrlatica and Jôf di Montasio.

In addition to mountaineering, Kugy was interested in many other subjects such as literature, botany and music. One of the riddles he tried to solve was a mysterious plant species Scabiosa trenta, described by Belsazar Hacquet and later proven by Anton Kerner von Marilaun to be a specimen of the already known Cephalaria leucantha . [4] Together with his friend Albert Bois de Chesne he created an Alpine botanical garden near Bovec. He was among the founders of two amateur music societies in Trieste: the Philharmonic Society and the Palestrinian Chorus. He also donated an organ to the Mekhitarist church in Trieste.

After Italy declared war on Austria-Hungary in 1915, Kugy volunteered to the Austro-Hungarian Army. In the Battles of the Isonzo his mountaineering knowledge and experience proved to be extremely valuable and he was promoted to the rank of Second Lieutenant. He was demobilized after the Battle of Caporetto.

After the War he closed down his company and dedicated his time to writing and lecturing throughout the Slovene and German speaking lands.

During World War II, Kugy rescued several Slovene alpine climbers from the Dachau concentration camp, and collaborated with the Slovene partisan underground resistance in Trieste. He died in Trieste in 1944. He was interred in the central city cemetery.

Together with Henrik Tuma, Kugy is considered the father of modern mountaineering in the Julian Alps. He wrote several books based on his experiences, in which he expressed his humanist ideals and the love for nature. His books were very influential and created a specific genre of mountaineering literature within Slovene literature. His neo-Romantic style, which merged scientific and naturalist descriptions of nature and popular customs with a highly personalized reflections, influenced several important authors, mostly from the Slovenian Littoral. Among those influenced by Kugy's poetic and reflective mountaineering travelogues were Klement Jug, Vladimir Bartol, Igor Škamperle and Dušan Jelinčič. He was also influential in some Italian-speaking circles of Trieste. Among his admirers were the writers Giani Stuparich, Claudio Magris, Livio Isaak Sirovich, Marco Albino Ferrari and Paolo Rumiz.

There is a monument to Julius Kugy in the Trenta Valley near the road to Vršič Pass [5] with a sculpture of Kugy by Jakob Savinšek. A number of mountain routes are also named after him, including the famous one in Aurisina near Duino. 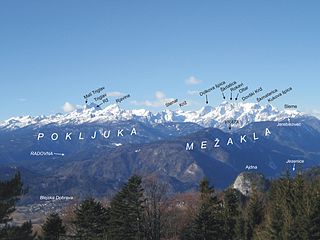 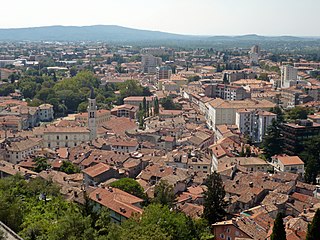 Scabiosa is a genus in the honeysuckle family (Caprifoliaceae) of flowering plants. Many of the species in this genus have common names that include the word scabious, but some plants commonly known as scabious are currently classified in related genera such as Knautia and Succisa; at least some of these were formerly placed in Scabiosa. Another common name for members of this genus is pincushion flowers.

Belsazar de la Motte Hacquet was a Carniolan physician of French descent in the Enlightenment Era. He was a war surgeon, a surgeon in the mining town of Idrija, and a professor of anatomy and surgery in Laibach. He researched the geology and botany of Carniola, Istria, and nearby places, and was the first explorer of the Julian Alps. He also did ethnographical work among the South Slavic peoples, particularly among the Slovene-speaking population. He self-identified primarily as a chemist and introduced the methods of chemical analysis to Carniola. 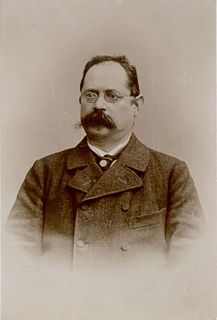 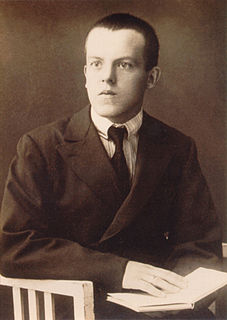 Klement Jug was a Slovene philosopher, essayist and mountaineer who died while climbing Mount Triglav. Although he did not publish many works during his lifetime, he became one of the most influential thinkers of the younger generations of Slovenian intellectuals in the interwar period.

Dušan Jelinčič is a writer and a journalist from the community of Slovene minority in Italy from Trieste, Italy. He is also an Alpine style mountaineer and the first mountaineer from Trieste who ever conquered an over-8000 m high Himalayan peak. 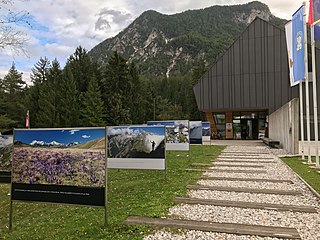 The Slovenian Alpine Museum is a mountaineering museum in Mojstrana in the vicinity of Triglav National Park in northwestern Slovenia. It was opened on 7 August 2010 by the president of Slovenia, Danilo Türk. It is operated by the Jesenice Upper Sava Museum. In June 2016, the Swiss King Albert I Memorial Foundation bestowed it the Albert Mountain Award for its important contribution to the sustainable development of the Alpine space.

Razor is a pyramidal mountain in the Julian Alps and the sixth-highest mountain in Slovenia. First ascended by Otto Sendtner in 1842, it is now frequently ascended, with numerous mountain huts available for climbers.

France Avčin was a Slovenian electrical engineer, inventor, and mountain safety expert. He was the first post-World War II president of the Alpine Association of Slovenia. He was also a keen hunter and environmentalist. 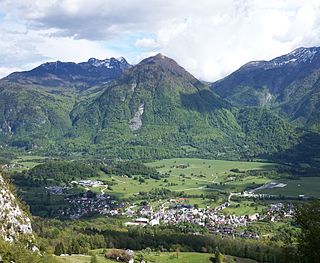