Kahramanmaraş is traversed by the northeasterly line of equal latitude and longitude.

Air pollution in Turkey is a chronic problem here, in part due to the coal-fired Afşin-Elbistan power stations. [2]

Kahramanmaraş has historically been famous for its gold. The textile industry is relatively new and mostly machinated.

The province's most famous culinary speciality is Dondurma, also called "Maraş ice cream", available in specialist Ice Cream shops throughout Turkey. The ice cream has an elastic consistency and is served with knife and fork, often accompanied by a slice of baklava. It melts in the mouth while chewed, with a consistency similar to bubble gum.

Maraş red peppers (called 'kırmızı biber') are also well known for its aroma, Vitamin C content, and moderate hotness. Maraş pepper is different from far-east chilies as dried with support of Scientific Investigations and Universities which contains no aflatoxin and no diseases.

Elbistan is a district in Kahramanmaraş Province in southern Turkey. Its population is 142,548 (2019) and it is the most populous district of Kahramanmaraş province. It is also the largest district of the province by area and it has the fourth largest plain in the country. The district is largely home to a Sunni Turkish and Alevi Kurdish population, but few Sunni Kurdish villages also exist.

Marash, officially known as Kahramanmaraş, is a city in the Mediterranean Region of Turkey and the administrative center of Kahramanmaraş Province. Before 1973, Kahramanmaraş was named Maraş. The city lies on a plain at the foot of the Ahir Dağı and has a population of 1,112,634 as of 2017. The region is best known for its distinctive ice cream, and its production of salep, a powder made from dried orchid tubers. Kahramanmaraş Airport has flights to İstanbul and Ankara. 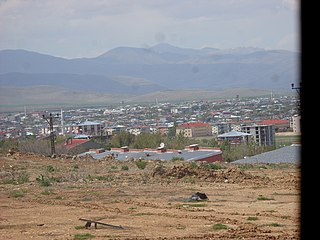 Afşin is a town and district of Kahramanmaraş Province in the Mediterranean region of Turkey.

The Ceyhan River is a river in Anatolia in the south of Turkey.

Haticepınar is a village of Afşin in Kahramanmaraş Province in Turkey. Haticepinar is located in Turkey inhabited by Kurdish people.

Kahramanmaraş Sütçüimam University (KSU) is a public university founded 1992 in Kahramanmaraş, Turkey. The university carries out its academic activities in the campus located in the Avsar Campus, Bahceli evler, Karacasu, The Faculty of Medicine and Aksu campuses. Karacasu campus has an area of 100 hectares and Avsar campus, which is still under construction, will have an area of 1,300 hectares. 266 hectares of this area have been nationalized up to now.

Arabissus or Arabissos, also known as Tripotamos, was a town in ancient Cataonia, then Cappadocia, and later in the Roman province of Armenia Secunda. The Byzantine Emperor Maurice was born there in 539. A cave of the Seven Sleepers is located in the Eshab-ı Kehf Kulliye.

Elbistan coalfield, also known as Afşin Elbistan Lignite Reserve, is a large lignite coalfield located in the south-east of Turkey in Kahramanmaraş Province. Elbistan is the field with the most coal in Turkey. Kışlaköy coal mine now mines the field. 200 million tons of CO2 were emitted by burning lignite from this field before 2016, and 2.4 billion tons could be emitted in future. The lignite is high in sulfur and moisture, and only has 1,000 to 1,500 kcal/kg, or less than 5 MJ/kg, which is a quarter of typical thermal coal. The coalfield supplies the Afşin-Elbistan power stations.

Air pollution in Turkey is the most lethal of the nation's environmental issues, with levels across the country above World Health Organization guidelines. An estimated 30,000 people die each year from air pollution-related illnesses; this represents about 8% of the country's deaths. Researchers estimate that reducing air pollution to World Health Organization limits would save seven times the number of lives that were lost in traffic accidents in 2017.

The Battle of Turnadağ was an engagement between the forces of the Ottoman Empire and the Beylik of Dulkadir of Turkey in 1515.

The Marash Sanjak, previously known as Sanjak of Ablistan, was a prefecture (sanjak) of the Ottoman Empire, located in modern-day Turkey. The city of Marash was the Sanjak's capital. It had a population of 187,899 in 1914. 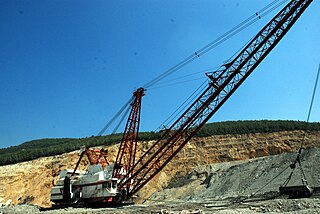 Coal supplies over a quarter of Turkey's primary energy. The heavily subsidised coal industry generates over a third of the country's electricity and emits a third of Turkey's greenhouse gases. Every year, thousands of people die prematurely from coal-related causes, the most common of which is local air pollution.

The Afşin-Elbistan power stations are coal-fired power stations in Afşin in Kahramanmaraş Province in Turkey. The area is a sulfur dioxide air pollution hotspot: Air pollution can be trapped by the surrounding mountains, and Greenpeace say that measurements they took nearby in late 2020 show illegal levels of particulates and nitrogen oxides. The Environment Ministry has not released the flue gas measurements.

Afşin-Elbistan C is a planned 1800-MW coal-fired power station which may be built in Turkey by the state-owned mining company Maden Holding. Estimated to cost over 17 billion lira, at planned capacity it would generate about 3% of the nation's electricity. According to the environmental impact assessment, the plant would burn 23 million tonnes of lignite annually, and emit over 61 million tonnes of CO
2 each year for 35 years. It would be the least carbon efficient coal-fired power station and the largest single emitter of greenhouse gas in the world.