The Kaigan Line (海岸線, Kaigan-sen, literally "Coast Line"), also known as the "Yumekamome" (夢かもめ), is one of two lines of the Kobe Municipal Subway. Trains of the line are propelled by linear motors. This is the third linear motor rapid transit line to be built in Japan.

All trains are based at Misaki-Kōen Depot. 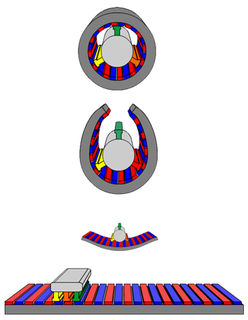 The Senseki Line is a railway line in Miyagi Prefecture, Japan, owned and operated by the East Japan Railway Company. It connects Aoba-dōri Station in Sendai to Ishinomaki Station in Ishinomaki, and provides access to the central coast areas of Miyagi Prefecture, significantly the Matsushima area. It connects with the Sendai Subway Nanboku Line at Aoba-dōri Station; the Tōhoku Shinkansen, the Tōhoku Main Line and the Senzan Line at Sendai Station; and the Ishinomaki Line in Ishinomaki. The name Senseki (仙石) comes from the combination of the first kanji of Sendai (仙台) and Ishinomaki (石巻), the two cities that the Senseki Line connects. It is also the only line in Sendai area that is powered by DC overhead power line. 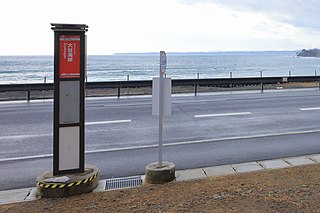 Ōya-Kaigan Station was a JR East railway station located in the city of Kesennuma, Miyagi Prefecture, Japan. The station was damaged by the 2011 Tōhoku earthquake and tsunami; however services have now been replaced by a provisional bus rapid transit line. 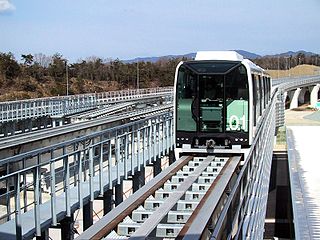 Linimo, formally the Aichi High-Speed Transit Tobu Kyuryo Line is a magnetic levitation train line in Aichi Prefecture, Japan, near the city of Nagoya. While primarily built to serve the Expo 2005 fair site, the line now operates to serve the local community.

The Wadamisaki Line is an unofficial name for the spur line of the Sanyō Main Line, operated by West Japan Railway Company and connecting Hyogo on the main line and Wadamisaki. 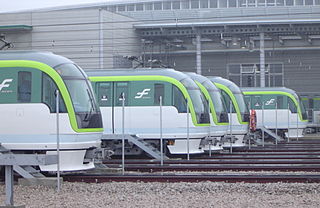 The Nanakuma Line is a subway line, part of the Fukuoka City Subway system in Fukuoka, Japan. It runs from Hashimoto Station in Nishi Ward to Tenjin-Minami Station in Chūō Ward, all within Fukuoka. The line's color on maps is green. Officially, the line is called Line 3 . Like other Fukuoka City Subway lines, stations are equipped with automatic platform gates, and trains are automatically operated by ATO system. 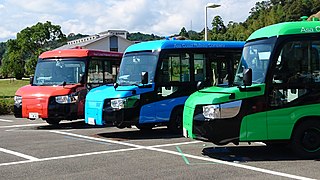 The Asatō Line is a Japanese railway line connecting Kaifu Station, Kaiyō and Kannoura Station, Tōyō. Together with JR Shikoku's Mugi Line, it has the official nickname Awa Muroto Seaside Line. This is the only railway line operated by Asa Kaigan Railway. The company's name is abbreviated to the portmandeau Asatetsu (阿佐鉄). Since the line goes through a relatively sparsely populated area, it is under severe business stress, to the point where closure of the line has been proposed.

Imaihama-Kaigan Station is a railway station in the town of Kawazu, Shizuoka Prefecture, Japan, operated by the privately owned Izu Kyūkō Line.

Shishikui Station is a railway station on the Asatō Line in Kaiyō, Kaifu District, Tokushima Prefecture, Japan. It is operated by the third sector Asa Kaigan Railway and bears the station number "TK29". 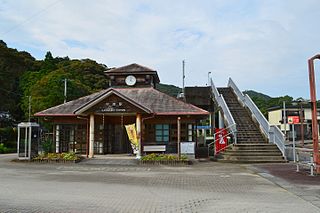 Kannoura Station is a railway station on the Asatō Line in Tōyō, Aki District, Kōchi Prefecture, Japan. It is operated by the third sector Asa Kaigan Railway and bears the station number "TK30". DMV is commenced operated from 2021, so this station becomes a signal station which passengers don't get on and off and trains and buses stop at the bus terminal near this station. 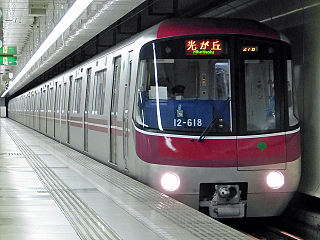