Last updated April 14, 2021
This article is about the Pashtoon tribe. For the Indian Kakar/Kakkar (Khatri) surname, see Kakkar. For the village in Iran, see Karkar, Selseleh. For the deer, see Muntjac.

The Kakar (Pashto: کاکړ) is a Gharghashti Pashtun tribe, based mostly in the Balochistan Province of Pakistan, and Loy Kandahar in Afghanistan.

Kakars are sons of Gharghashti who was the son of Qais Abdul Rashid. In Herat, the Kakar are locally called Kak. Historically, the tribe has been called Kak-kor (lit. family of Kak). The tomb of Kakar (or Kak) is in front of Herat central Jamia Masjid's gate. Some historians[ who? ] argue that Kakar was first buried in Kohistan, but Ghiyath al-Din Ghori brought the body to be re-buried in a mosque in the city of Herat.

Until the fifteenth century, Kakars along with Tajiks, Baloch and Farsiwans mainly inhibited the Qandahar region, and were considered distinct from Pashtuns. Later, because of the predominant position of Abdali and Ghilzai Pashtuns in Qandahar region during and around fourteenth century, Tajiks, Hazaras, Kakars and Baloch lost their previous possessions and were forced to pay tax or revenue to their Pashtun warlords from either Abdali or Ghilzai tribal divisions. In these areas, the locals were not displaced yet subjugated. They were reduced to the status of peasant "riay'at" or tenants "himsaya". Eventually, some of these indigenous people assimilated and became part of dominant Pashtun confederacy, while others moved further west or north Afghanistan. [1] [2] [3] [4]

Prior to the partition of British India, Hindu members of the Kakar tribe, known as Sheen Khalai, resided in the Quetta, Loralai and Maikhter regions of province of Baluchistan now in Pakistan. [5] After 1947, they migrated to Unniara, Rajasthan and other parts of India. [5] 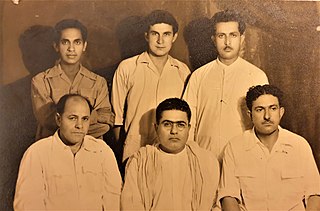 The Babai, also known as Babi, is a Gharghashti Pashtun tribe. 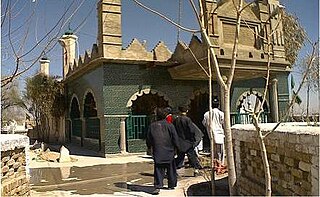 Kasi or Kansi is son of Kharshbun son of Sarbani tribal confederacy, primarily found in Quetta Pishin Mastung Zhob sherani. Balochistan, Pakistan. Other sub tribes such as Sherani, Kehthran and Hassani in Zhob and Barkan also belong to Kasi Family and Kasi Tribe on the name of Kand And Zamand are also Found in Loy Kandahar. The Arbab/chief of Kasi Tribe is Nawab Arbab Hashim Kasi. Kasi’s are primarily divided into three i.e. the Akhunzada, Malak and the Arbab who are currently the Nawab of the royal family kasi. Malak Wazir Muhammad Kasi was the owner of half Quetta. Jan Muhammad Kasi S/O Malak Wazir Muhammad Kasi Gifted National Hat Named (karakul) to Quaid-E-Azam Muhammad Ali Jinnah. Gul Zaman Kasi S/O Jan Muhammad Kasi was the Last MPA of Quetta Baluchistan from this Family. The Kasi's ruled over Quetta. Kasi’s head Arbab Karam Khan Kasi became the pri-minister of Kalat and Balochistan when the tribe allied with the ruling family of Kalat. Kasi's were one of the strongest tribe in Kalat's rule and Arbab's were the Nawabs of the tribe and remained Nawab of Qilla Kasi, Shal/Quetta. Kasi's are still known as one of the most powerful and educated tribe in the whole Baluchistan. Still so many roads in Quetta are on the name of Elder Kasi's including but not limited to KhudaiDad Road, Jan Muhammad Road, Arbab Karam Khan Road, Killi Alam Khan, Kasi Road, Kasi Qilla, and so on. According to Pashtoon history books, one of them is written by Dr Latif Yaad that Shinwari and Guemriani are son of Kasi. Shinwari primerly living in Ningrahar Afghanistan, and big population of Shinwari are living in Landikotal and Kohat they all consider themselves as a family of Kasi tribe. 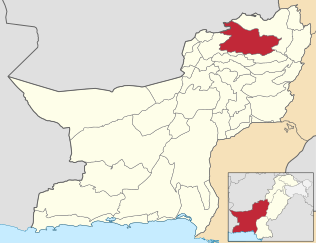