The Kakazai, along-with other Pashtun tribes, came to South Asia during invasions such as those of Mahmud of Ghazni and Bahlul Lodi, settling in various regions. [1] [4] [12] [27]

Noting the martial legacy of the Kakazai Pashtuns, Pir Moazzam Shah in his book ‘Tawareekh-e-Hafiz Rahmat Khani’ (Page 89-91 - Originally Published in 1624 AD) and Olaf Caroe in his book ‘The Pathans 550 BC-AD 1957’ (Page 184-185 - First published in 1958), wrote about a battle between the Yousafzais and the Dilazaks in which Malik Haibu (Dilazak) was given the first sword blow by Payenda Kakazai Tarklanri but eventually got beheaded by Burhan Kakazai Tarklanri sword blow while fighting on the side of the Yousafzais in order to aid them to conquer Bajour from the Dilazaks. [12] [34] [35]

For the invading armies, much of Punjab and other areas became a repository with rest houses, cantonments and border posts established to keep an eye on things in the region as well as to keep abreast of any new information (such as the possible weakening of another empire etc.), and many officers along with their families would settle there. As is still very true in large areas of Khyber Pakhtunkhwa and Afghanistan's Pashtun belt, the land is often quite barren and hostile only capable of hosting a limited population. Once the population or a tribe's numbers exceeded a certain threshold, they would often travel East to more settled areas (Sindh, Punjab, Kashmir etc.) or would be pushed out by other tribes in the search of productive agricultural land. The area of Sialkot principally, as well as Faisalabad, Wazirabad and parts of Lahore, had much productive agricultural lands and were ruled by a series of Pashtun families many of whom were Kakazai but also Burki and Niazi Pashtuns. [1] [4] [12] [35]

Many Kakazai, Burki and other notable Pashtun families had previously settled in Jalandhar and Gurdaspur districts of Pre-independent British India where they had set up colonies. A major Kakazai group from Gurdaspur, East Punjab, India settled in twelve villages, including Babal Chak, Faizullah Chak, Sut Kohiah (Satkoha), and Wazir Chak, near Dhariwal. At the independence in August 1947, having been initially told they (being Muslim) would be in Pakistan, they were caught up in the ensuing violence and the survivors displaced when their area became part of India. [32] [33] [36] [37] [38] [39] [2] [3]

Today, the majority of the Kakazai reside in Pakistan and Afghanistan.

In Afghanistan, they reside in Marawara District, and the Barkanai and Shortan areas of Kunar [40] as well as some areas of Laghman. [26]

Consequently, the Kakazai Pashtuns not residing in Pashto-speaking areas, despite practicing Pashtunwali and maintaining dress, cuisine and martial legacy as per their Pashtun traditions, do not exclusively speak Pashto but may speak other languages indigenous to Pakistan such as Urdu, Punjabi, Siraiki, Hindko and Balochi. [11] [12] [26]

Parachinar or Pāṛačinār is a small town which is the capital of Kurram District in the province of Khyber Pakhtunkhwa, Pakistan. Parachinar is situated on a neck of Pakistani territory west of Peshawar, that juts into the Logar and Nangarhar provinces of Afghanistan. With a distance of 110 kilometres (68 mi) from the Afghan capital Kabul, Parachinar is the closest point in Pakistan to Kabul. It is one of two urban areas in Kurram District, the other one being Sadda, and has shrank considerably in population over the past few decades, becoming the least populous urbanized area in Kohat Division.. 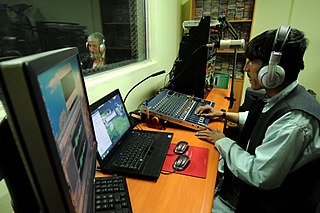 Pashtun diaspora refers to ethnic Pashtuns who live outside their traditional homeland of Pashtunistan, which is south of the Amu River in Afghanistan and west of the Indus River in Pakistan. Pashtunistan is home to the majority of the Pashtun community. However, there are significant Pashtun diaspora communities in the Sindh and Punjab provinces of Pakistan, in particular in the cities of Karachi and Lahore, and in the Rohilkhand region of Uttar Pradesh, India. Smaller populations of Pashtuns are also found in other parts of India, Arab states of the Persian Gulf, Australia, Canada, Germany, Iran, Russia, United Kingdom, United States, and other parts of the world.