Kalitsounia (Greek : καλιτσούνια) are small cheese or herb pies associated with the Greek island of Crete. They resemble a common cheese or stuffed pie with the principal difference of its filling and serving variations. So, in Chania we find the salty kalitsounia, stuffed with the local, mild cheese, mizithra or various herbs from the Cretan land (without cheese) and the sweet kalistounia, also stuffed with mizithra but poured with honey on top.

This is unique delicacy served in the entire island and throughout Chania prefecture, from popular restaurants in Chania town to small mountainous villages. There is also another version of kalitsounia made with dough and not fillo pastry (very thin sheet of dough), stuffed also with mizithra and cinnamon. Kalitsounia can be either baked or fried depending on whether they are made with dough or thin fillo pastry. [1]

Greek cuisine is a Mediterranean cuisine. Greek cookery makes wide use of vegetables, olive oil, grains, fish, wine, and meat. Other important ingredients include olives, pasta, cheese, lemon juice, herbs, bread, and yogurt. The most commonly used grain is wheat; barley is also used. Common dessert ingredients include nuts, honey, fruits, and filo pastries. It is strongly influenced by Ottoman cuisine. It is also influenced by Italian cuisine and cuisines from the northern countries. Additionally, in specific regions it includes several kinds of pasta, like hilopites, goglies (goges) etc. 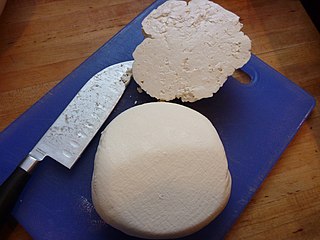 Mizithra or myzithra is a fresh cheese made with milk and whey from sheep or goats, or both. The ratio of milk to whey usually is 7 to 3. Production resembles that of Italian ricotta. Furthermore, Mizithra can be salt-dried to produce a mature salty cheese similar to the Italian ricotta salata. 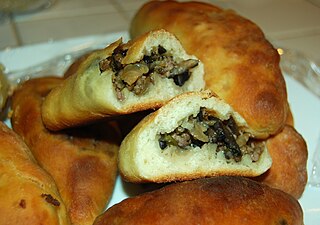 Pirozhki are Russian, Belarusian and Ukrainian baked or fried yeast-leavened boat-shaped buns with a variety of fillings. Pirozhki are a popular street food and comfort food in Russia and a stereotypical part of Russian culture. 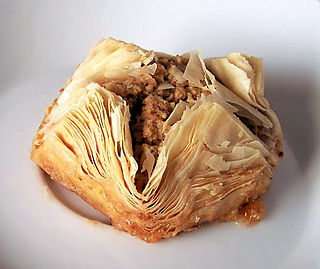 Filo or phyllo, is a very thin unleavened dough used for making pastries such as baklava and börek in Middle Eastern and Balkan cuisines. Filo-based pastries are made by layering many sheets of filo brushed with oil or butter; the pastry is then baked. 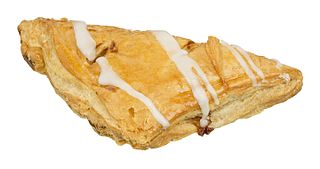 A turnover is a type of pastry made by placing a filling on a piece of dough, folding the dough over, sealing, and baking it. Turnovers can be sweet or savory and are often made as a sort of portable meal or dessert, similar to a sandwich. They are often eaten for breakfast. 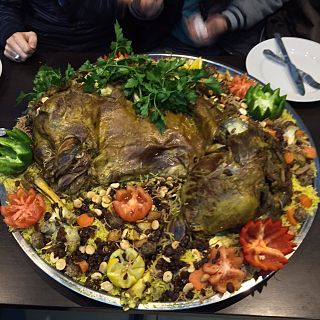 Iraqi cuisine or Mesopotamian cuisine has a long history going back some 10,000 years – to the Sumerians, Akkadians, Babylonians, Assyrians, ancient Persians and Mesopotamian Arabs. Tablets found in ancient ruins in Iraq show recipes prepared in the temples during religious festivals – the first cookbooks in the world. Ancient Iraq, or Mesopotamia, was home to a sophisticated and highly advanced civilization, in all fields of knowledge, including the culinary arts. However, it was in the Islamic Golden Age when Baghdad was the capital of the Abbasid Caliphate (750–1258) that the Iraqi kitchen reached its zenith. Today, the cuisine of Iraq reflects this rich inheritance as well as strong influences from the culinary traditions of neighbouring Iran, Turkey and the Syria region area. 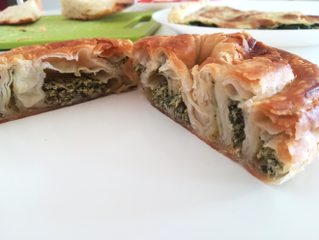 Börek is a family of baked filled pastries made of a thin flaky dough such as phyllo or yufka, of Turkish origins and also found in the cuisines of the Balkans, the South Caucasus, Levant, Mediterranean, and other countries in Eastern Europe and Western Asia. A börek may be prepared in a large pan and cut into portions after baking, or as individual pastries. The top of the börek is occasionally sprinkled with sesame or nigella seeds.

Xynomizithra or xynomyzithra is a whey cheese with some added milk; it is a sour variant of Mizithra, and made from ewes' and/or goats' milk. The proportion of full-cream milk is about 15%. 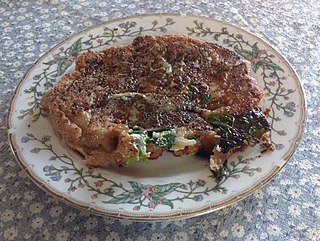 Gözleme is a traditional savory Turkish flatbread and pastry dish. The dough is usually unleavened, and made only with flour, salt and water, but gözleme can be made from yeast dough as well. It is similar to bazlama, but is lightly brushed with butter or oil, whereas bazlama is prepared without fat. The dough is rolled thin, then filled with various toppings, sealed, and cooked over a griddle. Gözleme may sometimes be made from prepackaged hand-rolled leaves of yufka dough.

Bosnia and Herzegovina cuisine is balanced between Western and Eastern influences. The food is closely related to former Yugoslav, Middle Eastern, Mediterranean and other Balkan cuisines. 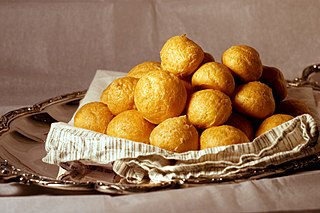 Pastel is the Spanish and Portuguese word for pastry and is the name given to different typical dishes of many countries that speak or spoke those languages.

Kołacz meaning cake, wheel cake, or coffee cake is a traditional Polish pastry, originally a wedding cake dating to the start of the 13th century, that has made its way into American homes around the Christmas and Easter holidays. The pastry is a light and flaky dough filled with a variety of sweet and savory fillings such as apricot, raspberry, prune, sweet cheese, poppy seed or even a nut mixture. Variants of the traditional Slavic pastry have found entrance into many Central and Eastern European cuisines, e.g. the Czech leven yeast dough called kolache (koláč). When the dough and filling mixture is rolled it is also known as a makowiec, makownik, poteca, strucla z makiem, strucla orzechowa, strucla z migdałami. In Hungarian this is called, Diós-mákos Beigli or Bejgli. Some sprinkle the roll with poppy seeds or powdered sugar on top and can be baked in a circular pan or long-ways in a jelly pan like a log.

Many regional variations of pizza in the United States have been developed, many bearing only a casual resemblance to the Italian original. Pizza became most popular in America after soldiers stationed in Italy returned from World War II. During the latter half of the 20th century, pizza became an iconic dish of considerable popularity in the United States. The American slang term za can also refer to pizza. The thickness of the crust depends on what the consumer prefers; both thick and thin crust are popular. Often, foods such as barbecued chicken and bacon cheeseburgers are used to create new types of pizza. 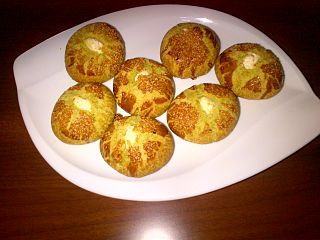 Pogača, pogace (Romanian), pogácsa (Hungarian), pagáče (Slovak) or pogacha is a type of bread baked in the ashes of the fireplace, and later on in the oven, similar to focaccia, with which it shares the name, found in the cuisines of the Carpathian Basin, the Balkans, and Turkey. It can be leavened or unleavened, but only experienced cooks can make good-quality unleavened pogača, while the pastry with yeast is easier to make. It is generally made from wheat flour, but barley and sometimes rye may be added. It can be stuffed with potatoes, ground beef, or cheese, and have grains and herbs like sesame, black nigella seed, or dried dill in the dough or sprinkled on top.

Samsa is a savoury meat pastry in Central Asian cuisines.