The Kansai region (関西地方, Kansai-chihō, pronounced  [kã̠ɰ̃sa̠i t͡ɕiho̞ː] ) or the Kinki region (近畿地方, Kinki-chihō, [kʲĩŋʲkʲi t͡ɕiho̞ː] ), lies in the southern-central region of Japan's main island Honshū. [4] The region includes the prefectures of Mie, Nara, Wakayama, Kyoto, Osaka, Hyōgo and Shiga, sometimes Fukui, Tokushima and Tottori. While the use of the terms "Kansai" and "Kinki" have changed over history, in most modern contexts the use of the two terms is interchangeable. The metropolitan region of Osaka, Kobe and Kyoto (Keihanshin region) is the second-most populated in Japan after the Greater Tokyo Area. It is where the Johto region in Pokemon is based off of.

The Kansai region is a cultural center and the historical heart of Japan, with 11% of the nation's land area and 22,757,897 residents as of 2010. [1] The Osaka Plain with the cities of Osaka and Kyoto forms the core of the region. From there the Kansai area stretches west along the Seto Inland Sea towards Kobe and Himeji, and east encompassing Lake Biwa, Japan's largest freshwater lake. In the north, the region is bordered by the Sea of Japan, to the south by the Kii Peninsula and the Pacific Ocean, and to the east by the Ibuki Mountains and Ise Bay. [5] Four of Japan's national parks lie within its borders, in whole or in part. The area also contains six of the seven top prefectures in terms of national treasures. [6] Other geographical features include Amanohashidate in Kyoto Prefecture and Awaji Island in Hyōgo.

The Kansai region is often compared with the Kantō region, which lies to its east and consists primarily of Tokyo and the surrounding area. Whereas the Kantō region is symbolic of standardization throughout Japan, the Kansai region displays many more idiosyncrasies – the culture in Kyoto, the mercantilism of Osaka, the history of Nara, or the cosmopolitanism of Kobe – and represents the focus of counterculture in Japan. This East-West rivalry has deep historical roots, particularly from the Edo period. With a samurai population of less than 1% the culture of the merchant city of Osaka stood in sharp contrast to that of Edo, the seat of power for the Tokugawa shogunate. [7] [8] [9] [10]

Many characteristic traits of Kansai people descend from Osaka merchant culture. Catherine Maxwell, an editor for the newsletter Omusubi , writes: "Kansai residents are seen as being pragmatic, entrepreneurial, down-to-earth and possessing a strong sense of humor. Kantō people, on the other hand, are perceived as more sophisticated, reserved and formal, in keeping with Tokyo’s history and modern status as the nation’s capital and largest metropolis." [7] [11]

Kansai is known for its food, especially Osaka, as supported by the saying "Kyotoites are ruined by overspending on clothing, Osakans are ruined by overspending on food." (京の着倒れ、大阪の食い倒れ, Kyō no Kidaore, Ōsaka no Kuidaore). Popular Osakan dishes include takoyaki, okonomiyaki, kitsune udon and kushikatsu. Kyoto is considered a mecca of traditional Japanese cuisine like kaiseki. Kansai has many wagyu brands such as Kobe beef and Tajima cattle from Hyōgo, Matsusaka beef from Mie and Ōmi beef from Shiga. Sake is another specialty of the region, the areas of Nada-Gogō and Fushimi produce 45% of all sake in Japan. [12] As opposed to food from Eastern Japan, food in the Kansai area tends to be sweeter, and foods such as nattō tend to be less popular. [7] [11]

The dialects of the people from the Kansai region, commonly called Kansai-ben , have their own variations of pronunciation, vocabulary, and grammar. Kansai-ben is the group of dialects spoken in the Kansai area, but is often treated as a dialect in its own right.

Kansai is one of the most prosperous areas for baseball in Japan. Two Nippon Professional Baseball teams, Hanshin Tigers and Orix Buffaloes, are based in Kansai. Koshien Stadium, the home stadium of the Hanshin Tigers, is also famous for the nationwide high school baseball tournaments. In association football, the Kansai Soccer League was founded in 1966 and currently has 16 teams in two divisions. Cerezo Osaka, Gamba Osaka, and Vissel Kobe belong to J. League Division 1 and Kyoto Sanga F.C. belongs to J. League Division 2, the top professional leagues in Japan. [13]

The terms Kansai ( 関西 ), Kinki ( 近畿 ), and Kinai ( 畿内 ) have a very deep history, dating back almost as far as the nation of Japan itself. As a part of the Ritsuryō reforms of the seventh and eighth centuries, the Gokishichidō system established the provinces of Yamato, Yamashiro, Kawachi, Settsu and Izumi. Kinai and Kinki, both roughly meaning "the neighbourhood of the capital", referred to these provinces. [14] In common usage, Kinai now refers to the Osaka-Kobe-Kyoto (Keihanshin) area, the center of the Kansai region.

Kansai (literally west of the tollgate) in its original usage refers to the land west of the Ousaka Tollgate (逢坂関), the border between Yamashiro Province and Ōmi Province (present-day Kyoto and Shiga prefectures). [15] During the Kamakura period, this border was redefined to include Ōmi and Iga Provinces. [15] It is not until the Edo period that Kansai came to acquire its current form. [16] (see Kamigata ) Like all regions of Japan, the Kansai region is not an administrative unit, but rather a cultural and historical one, which emerged much later during the Heian Period after the expansion of Japan saw the development of the Kantō region to the east and the need to differentiate what was previously the center of Japan in Kansai emerged.

The Kansai region lays claim to the earliest beginnings of Japanese civilization. It was Nara, the most eastern point on the Silk Road, that became the site of Japan's first permanent capital. [17] This period (AD 710–784) saw the spread of Buddhism to Japan and the construction of Tōdai-ji in 745. The Kansai region also boasts the Shinto religion's holiest shrine at Ise Shrine (built in 690 AD) in Mie prefecture. [18]

The Heian period saw the capital moved to Heian-kyō (平安京, present-day Kyoto), where it would remain for over a thousand years until the Meiji Restoration. During this golden age, the Kansai region would give birth to traditional Japanese culture. In 788, Saicho, the founder of the Tendai sect of Buddhism established his monastery at Mount Hiei in Shiga prefecture. Japan's most famous tale, and some say the world's first novel, The Tale of Genji was penned by Murasaki Shikibu while performing as a lady-in-waiting in Heian-kyo. Noh and Kabuki, Japan's traditional dramatic forms both saw their birth and evolution in Kyoto, while Bunraku, Japanese puppet theater, is native to Osaka.

Kansai's unique position in Japanese history, plus the lack of damage from wars or natural disasters, has resulted in Kansai region having more UNESCO World Heritage Listings than any other region of Japan. [19] The five World Heritage Listings include: Buddhist Monuments in the Hōryū-ji Area, Himeji Castle, Historic Monuments of Ancient Kyoto (Kyoto, Uji and Otsu Cities), Historic Monuments of Ancient Nara, and Sacred Sites and Pilgrimage Routes in the Kii Mountain Range. [20]

Per Japanese census data, [21] and, [22] Kansai region much like Keihanshin has experienced a small population increase beginning around 2010.

In 1909, Deutsche Schule Kobe was founded to serve German, Austrian and German-speaking Swiss expatriates, traders and missionaries living in the Kobe area. [23] After a long history of teaching a German curriculum, the school changed to The Primary Years Programme (PYP) in 2002. Today, Deutsche Schule Kobe/European School provides curriculum in three languages: German, English, and Japanese.

In 1913, Canadian Methodist Academy opened its doors to sixteen children. [24] The school, renamed Canadian Academy in 1917, served children of missionary parents from grade one through high school and offered boarding facilities for students from throughout Asia. Today, the day and boarding school offers a PreK to Grade 12 education on the campus on Rokkō Island, a man-made island. The school, which is no longer affiliated with Canada or the church, is the largest school for expatriates in Kansai. The school is approved by the Japanese Ministry of Education and accredited by the Western Association of Schools and Colleges (WASC) [25] and the Council of International Schools. [26] The school awards both the International Baccalaureate (IB) and U.S. high school diplomas.

The number of international schools burgeoned after World War II.

In 1946, St. Michael's International School was established by Anglican Bishop Michael Yashiro and Miss Leonora Lee, a British missionary. [27] Today, the school offers a distinctive British-style primary education based on the National Curriculum of England and Wales. The school has joint accreditation from the Council of International Schools and the Western Association of Schools and Colleges.

In 1957, a missionary homeschooled her son, his best friend and another student in their home. The next year, the home turned into Kyoto Christian Day School and a full-time teacher was hired. [29] The school was renamed Kyoto International School in 1966. Today, the school serves students from two to fourteen years old. The school has been accredited by the Western Association of Schools and Colleges (WASC) since 1992 and authorized by the International Baccalaureate Organisation (IBO) since 2006. 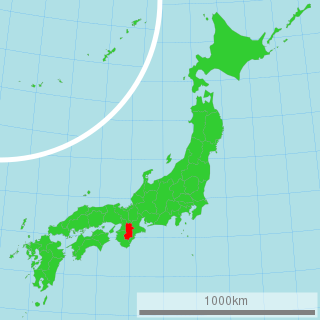 The Kansai dialect is a group of Japanese dialects in the Kansai region of Japan. In Japanese, Kansai-ben is the common name and it is called Kinki dialect in technical terms. The dialects of Kyoto and Osaka are known as Kamigata dialect, and were particularly referred to as such in the Edo period. The Kansai dialect is typified by the speech of Osaka, the major city of Kansai, which is referred to specifically as Osaka-ben. It is characterized as being both more melodic and harsher by speakers of the standard language. 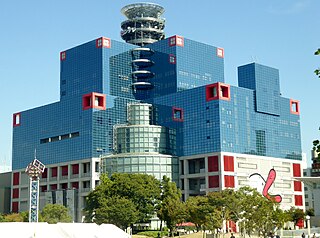 This page lists Japan-related articles with romanized titles beginning with the letter I. For names of people, please list by surname. Please also ignore particles when listing articles.

The Kinki Evangelical Lutheran Church or KELC is a Lutheran church in Japan. It currently has approximately 2,600 baptized members in 29 congregations nationwide.

Transport in the Keihanshin metropolitan region is much like that of Tokyo: it includes public and private rail and highway networks; airports for international, domestic, and general aviation; buses; motorcycle delivery services, walking, bicycling, and commercial shipping. The nexus is in the central part of Osaka, though Kobe and Kyoto are major centers in their own right. Every part of Keihanshin has rail or road transport services. The sea and air transport is available from a limited number of ports for the general public.

Kansai Soccer League (関西サッカーリーグ) is a Japanese football league covering most of the Kansai region, the prefectures of Hyōgo, Kyōto, Nara, Osaka, Shiga and Wakayama. Mie, usually considered part of Kansai in non-football usage, is allotted to the Tōkai Soccer League.