As senior art curator of the Japanese American National Museum in Los Angeles from 1992 to 2006, her exhibitions and research contributed to the history of Asian American and contemporary art. Higa's 1992 exhibit, "The View from Within: Japanese American Art from the Internment Camps, 1942-1945", [1] was co-organized by the Japanese American National Museum, the UCLA Wight Art Gallery, and the UCLA Asian American Studies Center. In September 2012, the Hammer Museum named her and Michael Ned Holte curators of the museums biennial, "Made in L.A. 2014." [2] She withdrew from the project due to her cancer diagnosis.

A native of Los Angeles, Higa graduated from Columbia University in New York in 1987 and received a master's degree in art history from University of California, Los Angeles. [3] [4] During her time at Columbia University, Higa was also a contestant on the television game show, Card Sharks . Higa was an early participant in the art collective Godzilla Asian American Arts Network. [5] At the time of her death, she was working on her doctorate at University of Southern California's Department of Art History. Her dissertation was entitled "Little Tokyo, Los Angeles: Japanese American Art and Visual Culture, 1919–1941." [3] [6] 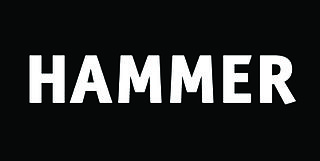 Alice Könitz is an artist based in Los Angeles. Her sculptures, films, and collages use a formal language that is influenced by the contemporary built environment and early modernism. Könitz studied at the Kunstakademie in Duesseldorf and at Cal Arts.

Linda Vallejo is an American artist known for painting, sculpture and ceramics. Her work often addresses her Mexican-American ethnic identity within the context of American art and popular culture. The founder of the commercial art gallery Galería Las Américas, she is also an arts educator and has been involved intraditional Native American and Mexican rituals and ceremonies for many years.

Millie Wilson is an artist and teacher who lives and works in Austin, Texas. Wilson was a member of the faculty in the Program in Art at The California Institute of the Arts from 1985 to 2014. 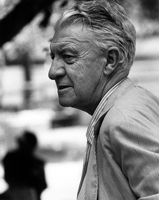 Frederick S. Wight, or Fred Wight, was a multi-talented cultural leader who played a significant role in transforming Los Angeles into a major art center. An influential educator at the University of California, Los Angeles, who presented museum-quality exhibitions at the campus gallery later named the Wight Art Gallery, Wight was also a highly accomplished painter and writer. In his final years he concentrated on his painting, producing radiant landscapes that appear to be animated by mysterious, spiritual forces. 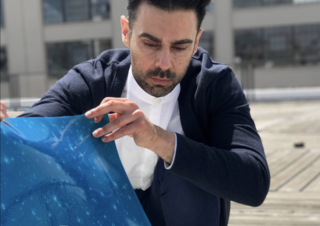 Zarina Hashmi, known professionally as Zarina, was an Indian-American artist and printmaker based in New York City. Her work spanned drawing, printmaking, and sculpture. Associated with the Minimalist movement, her work utilized abstract and geometric forms in order to evoke a spiritual reaction from the viewer.

Lisa Lapinski is an American visual artist who creates dense, formally complex sculptures which utilize both the language of traditional craft and advanced semiotics. Her uncanny objects interrogate the production of desire and the exchange of meaning in an image-based society. Discussing a group show in 2007, New York Times Art Writer Holland Cotter noted, "An installation by Lisa Lapinski carries a hefty theory- studies title: 'Christmas Tea-Meeting, Presented by Dialogue and Humanism, Formerly Dialectics and Humanism.' But the piece itself just looks breezily enigmatic." It is often remarked that viewers of Lapinski's sculptures are enticed into an elaborate set of ritualistic decodings. In a review of her work published in ArtForum, Michael Ned Holte noted, "At such moments, it becomes clear that Lapinski's entire systemic logic is less circular than accumulative: What at first seems hermetically sealed is often surprisingly generous upon sustained investigation." Lapinski's work has been exhibited widely in the US and Europe, and she was included in the 2006 Whitney Biennial.

Tony Greene was a visual artist whose work combines photographic imagery with an overlay of thickly applied decorative patterns or calligraphic letterforms. Rarely exhibited during his lifetime, his work has subsequently staged what the Los Angeles Times describes as "a remarkable posthumous comeback," including a mini-retrospective of Greene's work as part of the 2014 Whitney Biennial exhibition, and additional exhibitions held in Chicago and Los Angeles during 2014, including the UCLA Hammer Museum's biennial "Made in LA" exhibition. 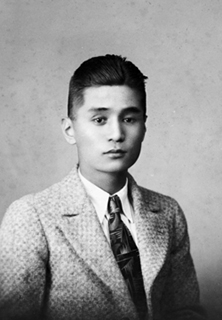 Hideo Date was a Japanese-born American painter active from the 1930s to the 1980s, known for combining elements of Japanese nihonga with American Synchromism. A prominent figure in the Los Angeles art scene prior to World War II, his career was interrupted by the wartime incarceration of Japanese Americans. Although he continued painting for decades after the war, Date's work remained largely ignored until he was rediscovered by a younger generation of artists and curators in the 1990s.

Cesar Garcia is a Mexican-born American scholar, writer, curator, and educator. He is the founder and current director and chief curator of The Mistake Room, in Los Angeles.

Public Fiction is a curatorial project and quarterly publication based in Los Angeles. It was founded in 2010 by Lauren Mackler.

History and Memory: For Akiko and Takashige is a 1991 documentary film by Rea Tajiri. In her film, Tajiri recalls her family's experience of the American internment of the Japanese during World War II.

Ann Philbin is an American museum director. Since 1999, she has been director of the Hammer Museum in Los Angeles; before this she was the director of the Drawing Center in New York City.

Candice Lin is an interdisciplinary artist who works in installation, sculpture, drawing, ceramics, and video. Her work is multi-sensorial and often includes living and organic materials and processes.

Erin Christovale is a Los Angeles-based curator and programmer who currently works as an assistant curator at the Hammer Museum at the University of California, Los Angeles. Together with Hammer Museum Senior Curator Anne Ellegood, Christovale curated the museum's fourth Made in L.A. biennial in June 2018. She also leads Black Radical Imagination, an experimental film program she co-founded with Amir George. Black Radical Imagination tours internationally and has screened at MoMA PS1; Museum of Contemporary Art, Los Angeles; and the Museo Taller Jose Clemente Orozco, among other spaces. Christovale is best known for her work on identity, race and historical legacy. Prior to her appointment at the Hammer Museum, Christovale worked as a curator at the Los Angeles Municipal Art Gallery. She has a bachelor's degree from the University of Southern California School of Cinematic Arts.