Koch was born in Hanover. He was heavily influenced by The Illuminatus! Trilogy by Robert Anton Wilson and Robert Shea. Besides adopting his pseudonym from a character in the book, he also named his computer "FUCKUP" ("First Universal Cybernetic-Kinetic Ultra-Micro Programmer"), after a computer designed and built by that character.

Koch was loosely affiliated with the Chaos Computer Club. He worked with the hackers known as DOB (Dirk-Otto Brezinski), Pengo (Hans Heinrich Hübner), and Urmel (Markus Hess), and was involved in selling hacked information from United States military computers to the KGB. Clifford Stoll's book The Cuckoo's Egg gives a first-person account of the hunt and eventual identification of Hess. Pengo and Koch subsequently came forward and confessed to the authorities under the espionage amnesty, which protected them from being prosecuted. [1]

Koch was found burned to death with gasoline in a forest near Celle, Germany. The death was officially claimed to be a suicide. [2] [3]

Koch left his workplace in his car to go for lunch;[ when? ] he had not returned by late afternoon and so his employer reported him as a missing person. Meanwhile, German police were alerted of an abandoned car in a forest near Celle; upon investigation, it appeared as though it had not moved for years as it was covered in dust. The remains of Koch - at this point just bones [4] -were discovered close by, a patch of scorched and burnt ground surrounding them, shoes missing. The scorched earth itself was controlled in a small circle around the corpse; it had not rained in some time, and the grass was perfectly dry.[ citation needed ] No suicide note was found with the body. [4]

Despite his death being officially ruled a suicide, the unusual circumstances in which Koch's remains were found led to at least some[ by whom? ] speculation that Koch's death had not been self-inflicted; the patch of scorched ground surrounding the body was a small and seemingly controlled area, [5] ostensibly too much so for death by self-immolation, with no suicide note having ever been found.

A German movie about his life, entitled 23 , was released in 1998. While the film was critically acclaimed, it has been harshly criticized as exploitative by real-life witnesses. A corrective to the film's take is the documentation written by his friends. [6]

In 1990 a documentary was released titled The KGB, The Computer and Me. 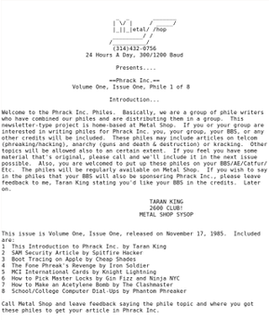 Phrack is an ezine written by and for hackers, first published November 17, 1985. Described by Fyodor as "the best, and by far the longest running hacker zine," the magazine is open for contributions by anyone who desires to publish remarkable works or express original ideas on the topics of interest. It has a wide circulation which includes both hackers and computer security professionals. 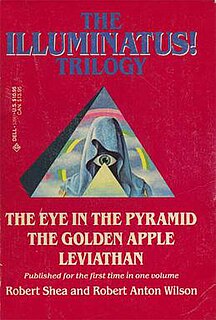 The Illuminatus! Trilogy is a series of three novels by American writers Robert Shea and Robert Anton Wilson, first published in 1975. The trilogy is a satirical, postmodern, science fiction-influenced adventure story; a drug-, sex-, and magic-laden trek through a number of conspiracy theories, both historical and imaginary, related to the authors' version of the Illuminati. The narrative often switches between third- and first-person perspectives in a nonlinear narrative. It is thematically dense, covering topics like counterculture, numerology, and Discordianism.

The Morris worm or Internet worm of November 2, 1988, was one of the first computer worms distributed via the Internet, and the first to gain significant mainstream media attention. It also resulted in the first felony conviction in the US under the 1986 Computer Fraud and Abuse Act. It was written by a graduate student at Cornell University, Robert Tappan Morris, and launched on November 2, 1988, from the computer systems of the Massachusetts Institute of Technology. 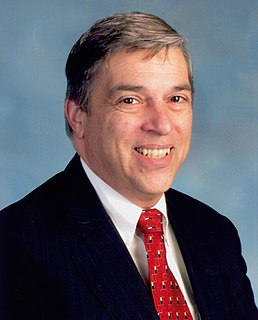 Robert Philip Hanssen is a former Federal Bureau of Investigation (FBI) agent who spied for Soviet and Russian intelligence services against the United States from 1979 to 2001. His espionage was described by the Department of Justice as "possibly the worst intelligence disaster in U.S. history." He is currently serving 15 consecutive life sentences at ADX Florence, a federal supermax prison near Florence, Colorado. 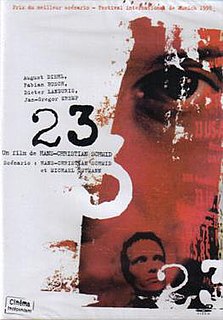 23, original German title: 23 – Nichts ist so wie es scheint is a 1998 German drama thriller film about a young hacker Karl Koch, who died on 23 May 1989, a presumed suicide. It was directed by Hans-Christian Schmid, who also participated in screenwriting. The title derives from the protagonist's obsession with the number 23, a phenomenon often described as apophenia. Although the film was well received by critics and audiences, its accuracy has been vocally disputed by some witnesses to the real-life events on which it was based. Schmid subsequently co-authored a book that tells the story of the making of 23 and also details the differences between the movie and the actual main events. 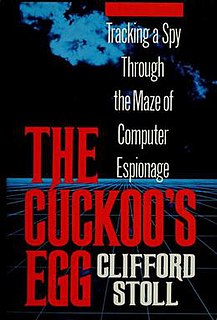 The Cuckoo's Egg: Tracking a Spy Through the Maze of Computer Espionage is a 1989 book written by Clifford Stoll. It is his first-person account of the hunt for a computer hacker who broke into a computer at the Lawrence Berkeley National Laboratory (LBNL).

Clifford Paul "Cliff" Stoll is an American astronomer, author and teacher. He is best known for his investigation in 1986, while working as a systems administrator at the Lawrence Berkeley National Laboratory, that led to the capture of hacker Markus Hess, and for Stoll's subsequent book The Cuckoo's Egg, in which he details the investigation.

Markus Hess, a German citizen, is best known for his endeavours as a hacker in the late 1980s. Alongside fellow hackers Dirk Brzezinski and Peter Carl, Hess hacked into networks of military and industrial computers based in the United States, Europe and the East Asia, and sold the information to the Soviet KGB for US$54,000. During his time working for the KGB, Hess is estimated to have broken into 400 U.S. military computers. The hacked material included "sensitive semiconductor, satellite, space, and aircraft technologies".

A security hacker is someone who explores methods for breaching defenses and exploiting weaknesses in a computer system or network. Hackers may be motivated by a multitude of reasons, such as profit, protest, information gathering, challenge, recreation, or to evaluate system weaknesses to assist in formulating defenses against potential hackers. The subculture that has evolved around hackers is often referred to as the "computer underground".

Nahshon Even-Chaim, aka Phoenix, was the first major computer hacker to be convicted in Australia. He was one of the most highly skilled members of a computer hacking group called The Realm, based in Melbourne, Australia, from the late 1980s until his arrest by the Australian Federal Police in early 1990. His targets centered on defense and nuclear weapons research networks.

The Robert Koch Institute is a German federal government agency and research institute responsible for disease control and prevention. It is located in Berlin and Wernigerode. As an upper federal agency, it is subordinate to the Federal Ministry of Health. It was founded in 1891 and is named for its founding director, the founder of modern bacteriology and Nobel laureate Robert Koch.

Before the Lightning Strikes is an East German comedy film directed by Richard Groschopp. It was released in 1959.

The Hacker Bible is a publication of the German hacker organization Chaos Computer Club (CCC). It has been published in two editions to date, 1985 and 1988. Both were edited by Wau Holland and published on the Grüne Kraft press.