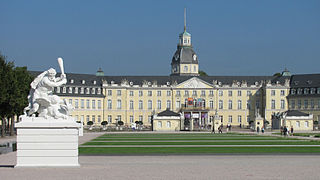 Karlsruhe is the second-largest city of the German federal state of Baden-Württemberg after its capital of Stuttgart, and its 309,999 (2016) inhabitants make it the 21st largest city of Germany. On the right bank of the Rhine, the city lies near the French-German border, between the Mannheim/Ludwigshafen conurbation to the north, and the Strasbourg/Kehl conurbation to the south. It is the largest city of Baden, a region named after Hohenbaden Castle in the city of Baden-Baden. Karlsruhe is also the largest city in the South Franconian dialect area, the only other larger city in that area being Heilbronn. The city is the seat of the Federal Constitutional Court (Bundesverfassungsgericht), as well as of the Federal Court of Justice (Bundesgerichtshof) and the Public Prosecutor General of the Federal Court of Justice.

Günderrode, the oldest of six siblings, came from an aristocratic but poor family. In 1797 she entered a residence in Frankfurt am Main, run by a charitable foundation, in which poor unmarried noblewomen could live respectably while keeping an eye out for a suitable marriage partner. [1] In Frankfurt her friends included the three siblings Kunigunde Brentano (later von Savigny; 1780-1863), Bettina von Arnim (née Brentano) and Clemens Brentano. [2]

Günderrode was unable to come to terms with the prescribed feminine roles. In a letter to Kunigunde Brentano  [ de ] she wrote: "I've often had the unfeminine desire to throw myself into the wild chaos of battle and die. Why didn't I turn out to be a man! I have no feeling for feminine virtues, for a woman's happiness. Only that which is wild, great, shining appeals to me. There is an unfortunate but unalterable imbalance in my soul; and it will and must remain so, since I am a woman and have desires like a man without a man's strength. That's why I'm so vacillating and so out of harmony with myself…." [3] Karoline suffered from a nervously induced melancholy and had an unpredictable temperament that alienated some.

While attending a social event, Günderrode met the legal scholar Friedrich Carl von Savigny and fell in love with him. Sometime later, she reached the point of hoping for a proposal of marriage, but Savigny decided instead to marry her less intellectual friend Kunigunde Brentano.

Friedrich Carl von Savigny was a German jurist and historian.

After what she saw as Savigny's betrayal, Günderrode worked on her art as a poet, aiming to unite life and writing. She wrote works with strong heroic women in a central role, such as Hildegun und Nikator and Mora. Through her writing she criticized the ideals of the bourgeois society at the time and its traditional gender roles.

In 1804, Günderrode met the philologist and archeologist Georg Friedrich Creuzer. Although he was married, they developed a relationship. Creuzer asked his wife for a divorce, which she agreed to, but Creuzer, who suffered depression from his secret relationship with Günderrode, and anxiety about the public scandal of a divorce, postponed the decision. He sought advice from his friends and colleagues, who suggested he should forget Günderrode, as she would never be a suitable wife. In the midst of the unresolved situation, he became ill; finally, through a friend, he sent a letter to Günderrode ending the relationship. Upon receiving the news, Günderrode killed herself with a dagger on the banks of the river Rhine at Winkel. [1] 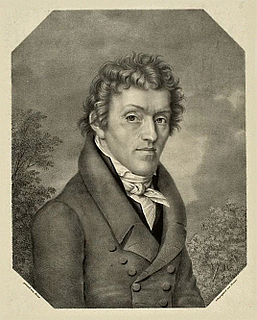 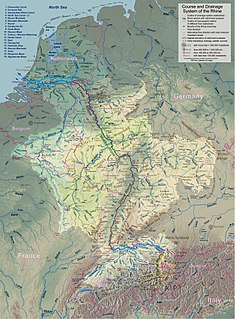 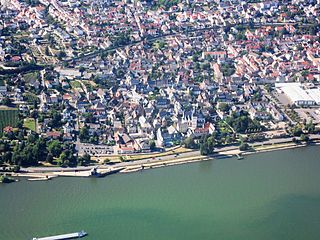 Oestrich-Winkel is a town with roughly 12,000 inhabitants in the Rheingau-Taunus-Kreis in the Regierungsbezirk of Darmstadt in Hesse, Germany.

Günderrode and Heinrich von Kleist were the two central characters in Kein Ort. Nirgends , a novel by Christa Wolf published in 1979. This recounts a fictional meeting between Günderrode and Kleist in which the two escape the empty chatter of a tea party by taking a long walk. Kleist also ended his life in a suicide pact with the cancer-stricken Henriette Vogel.

Kein Ort. Nirgends is a 1979 novel by East German author Christa Wolf. It tells the fictional meeting of the German poets Heinrich von Kleist and Karoline von Günderrode in a salon in Winkel in the Rheingau. In real life, both protagonists had independently committed suicide; Günderrode in 1806 in Winkel, Kleist in 1811 in Berlin.

Christa Wolf was a German literary critic, novelist, and essayist. She was one of the best-known writers to emerge from the former East Germany. 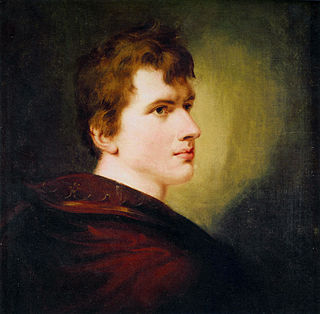 Ernst August Friedrich Klingemann was a German writer. He is generally agreed to be the author of the 1804 novel Nachtwachen (Nightwatches) under the pseudonym Bonaventura. 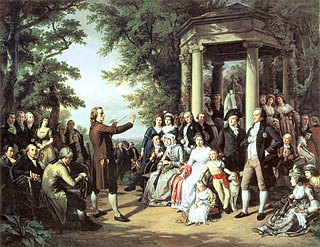 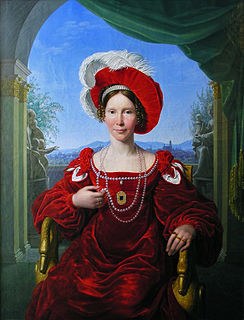 Princess Augusta of Prussia was a German salonist, painter, and Electress consort of Hesse by marriage to William II, Elector of Hesse. She was the third daughter and fifth child of Frederick William II of Prussia and Frederika Louisa of Hesse-Darmstadt.

Baroness Karoline Jagemann von Heygendorff was a major German tragedienne and singer. Her great roles included Elizabeth in Mary Stuart (1800) and Beatrice in The Bride of Messina (1803). She is also notable as a mistress of Karl August, Grand Duke of Saxe-Weimar-Eisenach, the father of her three children. Both she and Karl August had their portraits painted by Heinrich Christoph Kolbe.

Christian Joseph Jagemann was a German scholar, court-advisor and librarian. 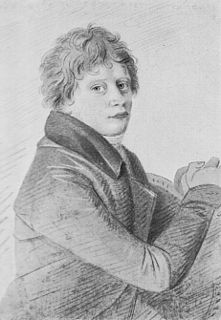 Ferdinand Jagemann was a German painter; known primarily for his portraits. 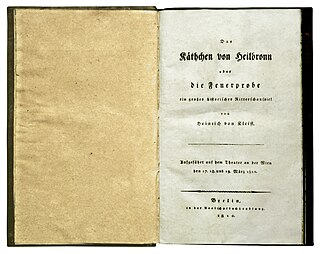 Das Käthchen von Heilbronn oder Die Feuerprobe (1807–1808) is a "great historical knightly play" in five acts by the German playwright Heinrich von Kleist. The action of the drama takes place in Swabia during the Middle Ages. 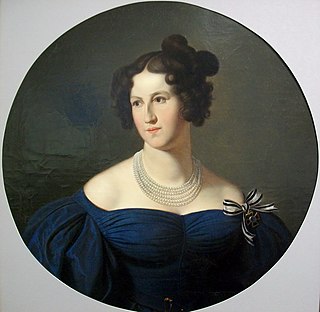 Sophie Friederike Mereau was a writer of the German romantic school. Her maiden name was Schubart, but she did most of her work under the married name of Mereau. She also later married a second time, to writer Clemens Brentano, and took her husband's surname. She wrote novels, stories and poems, and she translated and published journals. 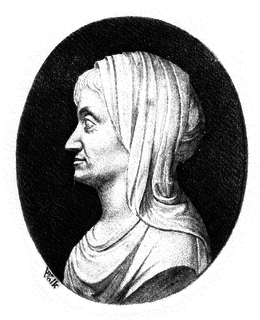 Caroline Rudolphi was a German educationist and poet. Born to a poor family in Magdeburg and growing up in Potsdam, she was discovered by composer Johann Friedrich Reichardt, who in 1781 set to music and published a number of her poems. From 1778, Rudolphi served as educator to the daughters of the von Röpert family of Trollenhagen. In 1783, she open her own educational institute at Trittau. Over the following years, Rudolphi became a widely known and respected educationist for girls. She became friends with Elise Reimarus and at her institute she established a literary salon, attracting a circle of intellectuals such as Matthias Claudius, Friedrich Gottlieb Klopstock, Friedrich Heinrich Jacobi, Jens Baggesen.

Karl Joseph Obser was a German archivist and historian, largely known for his studies on the history of Baden during the 18th and early 19th century. 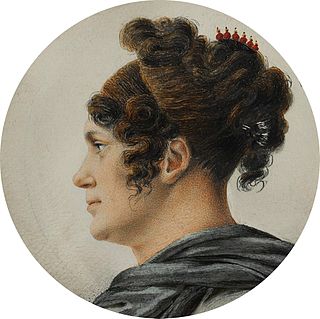 Karoline von Woltmann, née Stosch was a German author who also wrote under the pseudonym Luise Berg. She was regarded by her contemporaries as "the German Genlis".