She has worked for the Leadership Institute's CampusReform.org in Arlington, Virginia. She has worked as a digital editor for The Washington Times , as the news anchor for NASA's Third Rock Radio, and as a producer and reporter for Total Traffic Network in Santa Ana, California. [12]

Timpf was a 2012 Robert Novak Journalism Fellowship Program grant award recipient through The Fund for American Studies, and completed a project titled, "As California Goes, So Goes the Nation: The Consequences of Following Golden State Policy." [12]

Timpf has been a contributor to Orange County Register , Investor's Business Daily , and The Washington Times , and a comedian on the morning drive radio show on Baltimore's 98 Rock. [12]

In addition to her contributor role at Fox News, Timpf wrote columns and satire pieces at National Review Online. [19]

In November 2015, Timpf said that she received death threats after making satirical remarks about the Star Wars fandom. [20]

In 2016 and 2017 she contributed to the "Barstool Sports" Web site. [21] She hosted a weekly podcast called The Kat Timpf Show, in which she talks to a guest about random subjects, including her personal life. [22]

Timpf's December 27, 2018 column was publicly retracted by National Review. National Review has stated that the column "left out relevant details" of a Title IX sexual harassment case involving students at the University of Missouri. Timpf's story implied that a female student had complained about unwanted advances due to the fact that the alleged harasser was larger than she was; according to National Review, however, a deposition in the case revealed that the alleged harasser "had made repeated, unwelcome advances toward the female student and was found in violation of Title IX for stalking her". [25]

She co-hosts the weekly Fox News Radio podcast Tyrus and Timpf with professional wrestler Tyrus. [26] As of June 2019, she is the host of her own show on Fox Nation titled Sincerely, Kat on which she answers questions submitted by fans. [11]

Alan Samuel Colmes was an American radio and television host, liberal political commentator for the Fox News Channel, and blogger. He was the host of The Alan Colmes Show, a nationally syndicated talk-radio show distributed by Fox News Radio that was broadcast throughout the United States on Fox News Talk on Sirius and XM. From 1996 to 2009, Colmes served as the co-host of Hannity & Colmes, a nightly political debate show on Fox News Channel. Beginning in 2015, Colmes supplied the voice of The Liberal Panel on Fox News Channel's The Greg Gutfeld Show. 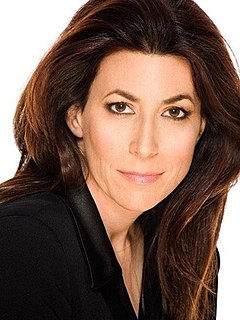 Tammy K. Bruce is a conservative American radio host, author, and political commentator. She is an on-air contributor to Fox News Channel and is the host of Get Tammy Bruce on Fox Nation.

Fox News Radio is an American radio network owned by Fox News. It is syndicated to more than a hundred AM and FM radio stations across the United States. It also supplies programming for two channels on Sirius XM Satellite Radio.

Courtney Friel is a news anchor and reporter on television in the U.S. She currently works for KTLA-TV in Los Angeles, California. She previously covered entertainment for Fox owned-and-operated station KTTV in Los Angeles as well as other local stations and also the Fox News Channel. Prior to her move to Los Angeles, Friel was the entertainment reporter at Fox News Channel, contributing to a number of entertainment-related programs for the network's website, FoxNews.com. She was a frequent guest contributor on the Fox News late-night satire show Red Eye w/ Greg Gutfeld.

Harris Kimberley Faulkner is an American newscaster and television host for Fox News Channel. Faulkner joined Fox News Channel in 2005, where she anchors a daily daytime show Outnumbered Overtime with Harris Faulkner in addition to co-hosting Outnumbered. Faulkner also hosts her own prime time political franchise called Town Hall America with Harris Faulkner. She has received 6 Emmy Awards including the awards in 2005 for Best Newscaster and Best News Special.

Cashin' In is an American business analysis program, the fourth and last show of The Cost of Freedom business block, on Saturdays at 11:30 am ET on the Fox News Channel. Eric Bolling hosted from January 2013 until August 2017. The show was originally hosted by FNC senior business correspondent Terry Keenan until her departure from the network September 2009. Cheryl Casone hosted from September 2009 until January 2013.

Gregory John Gutfeld is an American television producer, journalist, author, editor, and comedian. He is host of The Greg Gutfeld Show and one of five co-hosts and panelists on the political talk show The Five, both on the Fox News Channel. Previously, Gutfeld hosted Red Eye w/ Greg Gutfeld, also on the Fox News Channel. Gutfeld is a registered Libertarian and is self-described as non-religious. 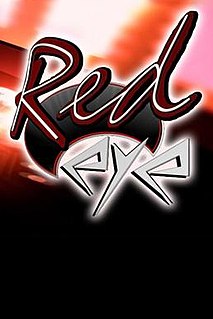 Eric Thomas Bolling is an American television personality, conservative political commentator, author, and financial commentator. He has occupied numerous roles as a commentator on financial issues for television, most notably for Fox News. Bolling took over as host of the Fox Business Channel news program Cashin' In in 2013. He was a co-host of Fox News Channel's The Five at its inception, until leaving to co-host Fox News Specialists in May 2017. In 2016, Bolling published his first book, Wake Up America, which became a New York Times best seller. In 2017 he wrote another book, The Swamp: Washington's Murky Pool of Corruption and Cronyism and How Trump Can Drain It.

George Murdoch is an American actor, cable television political commentator, and professional wrestler. He is known for his tenure in WWE as Brodus Clay, and in Total Nonstop Action as Tyrus.

The Five is an American panel talk show on Fox News Channel featuring a panel which discusses current stories, political issues, and pop culture. The one hour show premiered on July 11, 2011, and airs live weekdays from 5 p.m. ET.

Thomas A. Shillue is an American stand-up comedian, actor, author, and talk-show host from Norwood, Massachusetts. He was a correspondent on The Daily Show on Comedy Central and hosted Red Eye on Fox News. He released his first book, Mean Dads for a Better America, in 2017. In June 2017, Shillue began hosting a weekday afternoon three-hour syndicated talk radio show on Fox News Radio, also heard on Sirius XM's Fox News Talk Channel 450.

The Nightly Show with Larry Wilmore is a 2015-2016 American late-night panel talk show hosted by Larry Wilmore that aired for two seasons on Comedy Central. The show was a spin-off of The Daily Show, which featured Wilmore as a recurring contributor. It aired Monday through Thursday at 11:30 PM (ET) following The Daily Show. It served as a replacement for The Colbert Report, which aired in the same time-slot from October 2005 to December 2014.

The Greg Gutfeld Show is an American weekly politics show with comedy and satire on the Fox News Channel, airing on Saturdays at 10:00 p.m. ET, hosted by Greg Gutfeld, a self-described libertarian, a Fox News personality and co-host of the weekday round table show The Five.

Julie Stewart-Binks is a Canadian journalist who has worked for Barstool Sports, ESPN, and Fox Sports.

Fox News Specialists is an American news and talk show that aired from May 1 to September 7, 2017, on the Fox News Channel. It featured three permanent hosts, Eric Bolling, Katherine Timpf, and Eboni Williams, plus two rotating guests, who are called specialists, who discuss current events and political issues. It was created to replace The Five, that Bolling used to be a co-host for, due to that show moving to 9pm ET, in the wake of Bill O'Reilly being forced out at Fox News. The first two guest co-hosts for the first episode were Dallas Mavericks owner Mark Cuban and television producer Mark McKinnon. The first episode also featured an interview, conducted by Bolling, with President Donald Trump. A special edition aired on July 11, 2017, at 11:00 pm ET following an exclusive interview with Donald Trump, Jr. on Hannity. 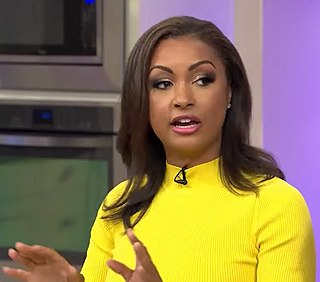 Eboni Kiuhnna Williams is an American attorney and television host. She currently co-hosts State of the Culture on REVOLT TV. She co-hosted a talk show on WABC Radio in New York City and was a co-host of Fox News Channel's 2017 show Fox News Specialists.

Yashar Ali is an American journalist who has contributed to HuffPost, NBC News, and New York magazine.