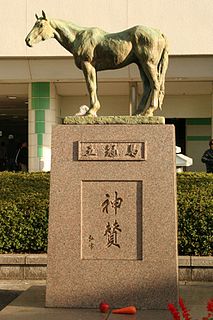 Deep Impact was a champion Japanese Thoroughbred racehorse who won the Japanese Triple Crown in 2005 and the Japan Cup in 2006, as well as three other Japan Grade One races. 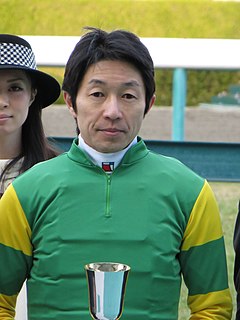 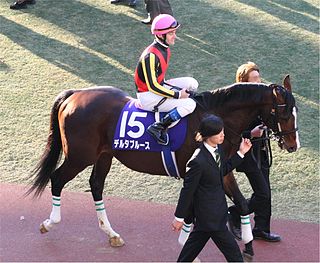 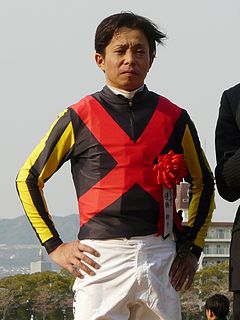 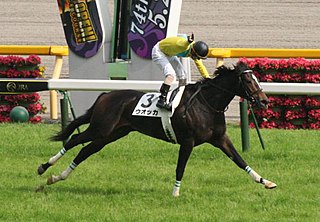 Symboli Rudolf was a Japanese thoroughbred racehorse who won the Japanese Triple Crown, sired by Partholon, a son of Milesian, out of Sweet Luna, a daughter of Speed Symboli. Symboli Rudolf was inducted into the Japan Racing Association Hall of Fame in 1987. 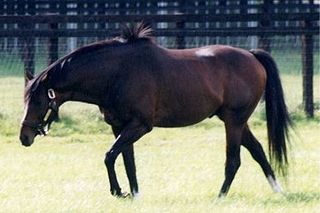 Epiphaneia is a Japanese Thoroughbred racehorse. In 2012, he was unbeaten in three races including the Grade III Radio Nikkei Hai Nisai Stakes. In the following year, he finished second in both the Satsuki Sho and the Tokyo Yushun before winning the Kobe Shimbun Hai and the Kikuka Sho. He recorded his biggest success in 2014 when winning the Japan Cup. 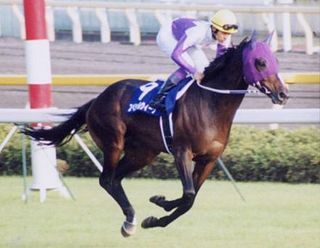 Special Week was a Japanese Thoroughbred racehorse and sire. Between 1997 and 1999 he won ten of his seventeen races including four at Grade I level. After winning his only start as a juvenile he emerged as a top-class performer in the following season: he won the Tokyo Yushun and three other graded races as well as being placed in the Satsuki Sho, Kikuka Sho and the Japan Cup. He performed even better as a four-year-old in 1999 winning the Hanshin Daishoten, the spring and autumn editions of the Tenno Sho, and the Japan Cup. In the last-named race he defeated a strong international field including the winners of the Prix de l'Arc de Triomphe and The Derby.

Rose KIngdom is a Japanese Thoroughbred racehorse and sire. In a racing career which lasted from 2009 until 2013 he won six of his twenty-five races. As a two-year-old in 2009 he was undefeated in three races and was voted Japanese Champion two-year-old colt. In the following year he won the Kobe Shimbun Hai and finished second in both the Satsuki Sho and the Tokyo Yushun before being awarded the Japan Cup on the disqualification of Buena Vista. He won only once in sixteen subsequent starts and was retired from racing in 2013.

Dance Partner, is a Japanese Thoroughbred racehorse and broodmare. From the first crop of foals sired by Sunday Silence she won four of her twenty-five races and finished second nine times in a racing career which lasted from January 1995 until December 1997. She was unraced as a juvenile, but in 1995 she won the Yushun Himba and won the JRA Award for Best Three-Year-Old Filly. As a four-year-old she won the Keian Hai and the Queen Elizabeth II Commemorative Cup and won the JRA Award for Best Older Filly or Mare. She failed to win as a five-year-old and was retired from racing at the end of the year. Apart from her victories she was placed in the Oka Sho, Prix de la Nonette Kyoto Daishoten and Takarazuka Kinen (twice). She has had success as a broodmare, producing several good winners. 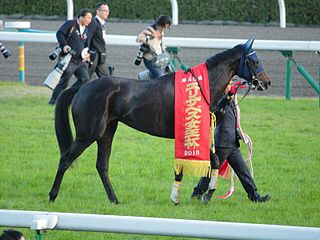 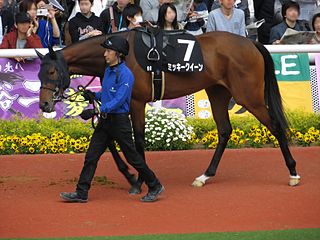 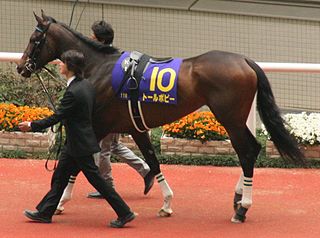 Tall Poppy is a Japanese Thoroughbred racehorse and broodmare. In 2007 she took the JRA Award for Best Two-Year-Old Filly after winning two of her four races including the Hanshin Juvenile Fillies. In the following year she ran second in the Tulip Sho before recording her biggest win in the Yushun Himba. She finished unplaced in seven subsequent and was retired from racing in 2010. She made no impact as a dam of winners. 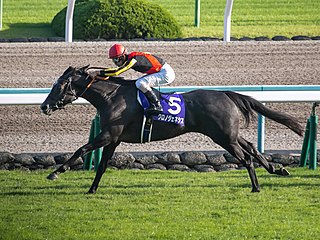 Chrono Genesis is a Japanese Thoroughbred racehorse. She was one of the best two-year-old fillies in Japan when she won her first two races including the Ivy Stakes and then ran a close second in the Hanshin Juvenile Fillies. In the following year she won the Daily Hai Queen Cup and then contested all three legs of the Japanese Fillies' Triple Crown, finishing third in both the Oka Sho and the Yushun Himba before winning the Shuka Sho. As a four-year-old she won the Kyoto Kinen, Takarazuka Kinen and Arima Kinen.