Kattingeri Krishna Hebbar was born in 1911 [3] in Kattingeri near Udupi, India in a Kannada speaking Shivalli Madhwa Brahmin family. [4] Hebbar was inclined towards art from his childhood, because his father was an occasional sculptor who used to make Ganesha idols. Coming from an artistic family background Hebbar pursued art and formally studied at the J. J. School of Art (Sir Jamsetjee Jeejebhoy School of Art) in Mumbai between 1940 and 1945. [5] Later he studied art at the Académie Julian in Paris. He was corresponding Member of the Academy of Arts, Berlin between 1975 and 1993.

Hebbar's early artworks were called his Kerala phase because of his depiction of the landscapes of the regions of Malabar and Tulu Nadu. Later he experimented with other themes. Hebbar drew inspiration from myriad sources including the writings of art historian Ananda Coomaraswamy, Jain manuscripts, Rajput and Mughal miniatures, the paintings at the Ajanta Caves, and the art of Amrita Sher-Gil. He also studied at the Academie Julian in Paris, where he developed his appreciation for European modernism. [6] He first won international audiences at the Art Now In India exhibitions in 1965 which were held in London and Brussels. Hebbar participated in various international art exhibitions like the Venice Biennale, São Paulo Art Biennial and Tokyo Biennale. Today, his artworks are considered highly influential in Indian Art History.

Udupi, otherwise spelt Udipi and also known as Odipu, is a city in the Indian state of Karnataka. Udupi is situated about 55 km (34 mi) north of the educational, commercial & industrial hub Mangalore and about 422 km (262 mi) west of state capital Bangalore by road. 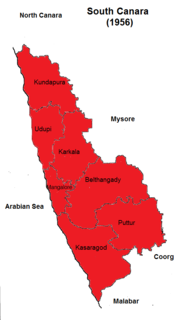 Tulu Nadu, '', also called as '''Parashurama Srishti" is a region on the southwestern coast of India. The Tulu people, known as 'Tuluva', speakers of Tulu, a Dravidian language, are the preponderant ethnic group of this region. South Canara, an erstwhile district and a historical area, encompassing the undivided territory of the contemporary Udupi, Dakshina Kannada and Kasaragod districts, forms the cultural area of the Tuluver.

South Canara was a district of the Madras Presidency of British India, located at 13.00°N 75.40°E. It covered the areas of the present-day Dakshina Kannada and Udupi districts of Karnataka, and the Kasaragod District of Kerala. South Canara was one of the most heterogeneous areas of Madras Presidency, with Tulu, Kannada, Malayalam, Arebashe, Konkani, Urdu, & Beary languages being spoken side by side. It was succeeded by Dakshina Kannada in 1947.

Tuluva Hebbars are a Tulu-speaking Brahmin community from Karnataka, India. The name "Hebbar" comes from the Kannada, "hebbu/hiridhu" + "haruva".

The Haridasa devotional movement (sampradaya) originated in Karnataka, India, after Madhvacharya, and spread to eastern states such as Bengal and Assam of medieval India. Over a span of nearly six centuries, several saints and mystics helped shape the culture, philosophy and art of South India in general and Karnataka in particular by exerting considerable spiritual influence over the masses and kingdoms that ruled South India. 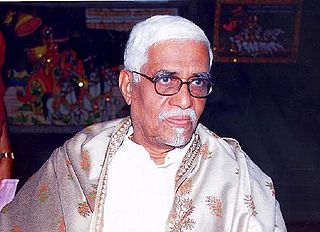 Sri Vishwesha Tirtharu, officially known as Śrī Śrī 108 Śrī Viśveśa-tīrtha Śrīpādaṅgaḷavaru Kannada: ಶ್ರೀ ಶ್ರೀ ೧೦೮ ಶ್ರೀ ವಿಶ್ವೇಶತೀರ್ಥ ಶ್ರೀಪಾದಂಗಳವರು, was an Indian Hindu guru, saint and presiding swamiji of the Sri Pejavara Adokshaja Matha, one of the Ashta Mathas belonging to the Dvaita school of philosophy founded by Sri Madhvacharya. Sri Vishvesha Tirtharu was the 32nd in the lineage of the Pejavara matha, starting from Sri Adhokshaja Tirtharu, who was one of the direct disciples of Sri Madhvacharya. He was the honorary president of Vishva Tulu Sammelana. He had established Poornaprajna Vidyapeetha in Bangalore which has completed over 63 years. Many scholars are trained here on Vedanta. He has also conducted 38 Nyayasudamangalas - graduations for Poornaprajna Vidyapeetha students. He was awarded the Padma Vibhushan India's second highest civilian award posthumously in 2020 for his work and service towards the society.

Gautam Vaghela is an Indian artist. 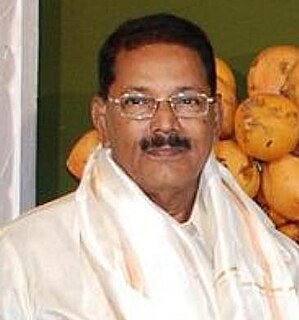 Bola Chittaranjan Shetty is a famous Tulu and Kannada writer, who was the president of the 16th Mangalore Taluk Kannada Sahitya Sammelan held in year 2010. He died at his residence on 7 August 2016, and his cremation was held at Kuthar Guthu. He was 72. 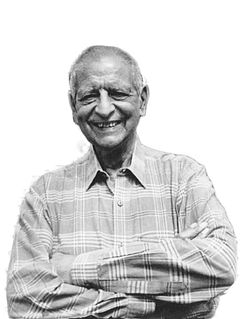 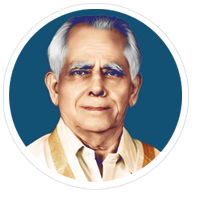 K. Lakshminarayana Bhattar, popularly known as Bhima Bhattar, was an Indian businessman and founder of Bhima Jewellers. He pioneered the concept of ready made jewellery in Kerala with the establishment of Bhima Jewellers with his brothers at Mullakkal, Alleppey, the first of its kind in Kerala. He was the co-founder of All Kerala Gold and Silver Merchants Association. 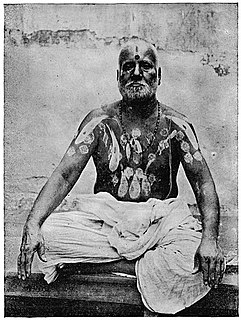