Kemp Land is a thin sliver of Antarctica including, and lying inland from, the Kemp Coast. Part of the Australian Antarctic claim it is defined as lying between 56° 25' E and 59° 34' E, and, as with other sectors of the Antarctic, is deemed being limited by the 60° S parallel. It is bounded in the east by Mac. Robertson Land and in the west by Enderby Land. Kemp Land includes one major group of islands, the Øygarden Group. [1]

Named after Peter Kemp, who, in the brig Magnet, is reported to have sighted land in 1833. [3] In 1930, BANZARE under Sir Douglas Mawson in the Discovery delineated the coastline from the junction with Enderby Land to that with Mac. Robertson Land. In 1936 the coast was recharted by RRS William Scoresby. [1]

Nelson Rock is an uninhabited solitary island, being essentially a dark rock which is partly ice-covered and lies 5.6 km (3 nmi) north of Williams Rocks, off the coast of Mac Robertson Land in Holme Bay. The Rock was mapped by Robert G. Dovers of the Australian National Antarctic Research Expeditions (ANARE) in 1954. Nelson Rock was named by the Antarctic Names Committee of Australia (ANCA) for Robert Edward Kelvin Nelson, a weather observer at Mawson Station in 1962, who assisted with the triangulation of Nelson Rock and the erection of a beacon.

George V Land is a segment of Antarctica part of the land claimed as part of the Australian Antarctic Territory, inland from the George V Coast. As with other segments of Antarctica, it is defined by two lines of longitude, 142°02' E and 153°45' E, and by the 60°S parallel.

Torlyn Mountain is an elongated mountain, of which Murray Monolith is the detached front, standing 4 miles (6 km) east of Scullin Monolith on the coast of Mac. Robertson Land, Antarctica.

Shaw Islands is a group of four islands lying 3.2 km (2 mi) north of the central part of McKinnon Island, off the coast of Enderby Land. Plotted from ANARE air photos taken in 1956. Named by Antarctic Names Committee of Australia (ANCA) for John E. Shaw, physicist at Mawson Station in 1957.

Kichenside Glacier is a glacier, 15 nautical miles (28 km) long and 3 to 5 nautical miles wide, flowing northeast into the southern part of the Hannan Ice Shelf on the coast of Enderby Land, Antarctica. It was charted from air photos taken from an Australian National Antarctic Research Expeditions aircraft in 1956, and was named by the Antarctic Names Committee of Australia for Squadron Leader James C. Kichenside, RAAF, officer commanding the Antarctic Flight at Mawson Station in 1960. 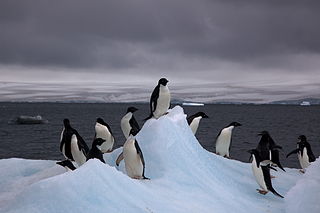 Sydney Lorrimar Kirkby, is an Australian surveyor and Antarctic explorer. 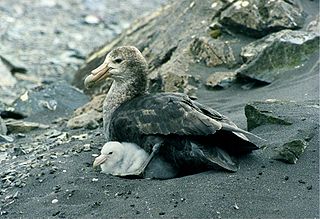 The Rookery Islands are a group of rocks and small islands in western Holme Bay, north of the David and Masson Ranges, on the Mawson Coast of Mac.Robertson Land in East Antarctica. The largest in the group are Giganteus Island in the north-west, 600 m long by 400 m wide, and Rookery Island in the south, 1 km long and 250 m wide. The islands are rocky and of low relief, rising to heights of 60 m on Rookery Island, 25 m on Giganteus Island, and ranging from 10 – 30 m on the smaller islands. The nearest permanent research station is Australia's Mawson, some 15 km to the east in Holme Bay.

The Masson Range is a high broken chain of mountains, consisting primarily of the North Masson, Central Masson and South Masson Ranges and the Trilling Peaks, forming a part of the Framnes Mountains. Having several peaks over 1,000 metres (3,300 ft), the range extends in a north–south direction for 15 nautical miles (28 km). It was discovered and charted by the British Australian and New Zealand Antarctic Research Expedition, 1929–31, under Douglas Mawson, and named for Professor Sir David Orme Masson, a member of the Advisory Committee for this expedition as well as the Australasian Antarctic Expedition, 1911–14, also under Mawson. The mountains were first visited by an Australian National Antarctic Research Expeditions party led by John Béchervaise in 1956.

The Leckie Range is a group of peaks 50 miles south of Edward VIII Bay, Enderby Land, Antarctica. The individual peaks were first shown on a 1947 Norwegian whalers chart by H.E. Hansen. The range was named by ANCA for Squadron Leader Douglas Leckie, RAAF, who commanded the RAAF Antarctic Flight at Mawson Station, 1956, and who piloted the Auster aircraft from which Phillip Law sighted and plotted these peaks.

Taylor Rookery is an emperor penguin breeding colony on the Mawson Coast of Mac. Robertson Land in East Antarctica. It is the larger of the two known entirely land-based colonies of the species, most of which are situated on sea ice.