Last updated October 21, 2020
‹ The template below ( Chinese name ) is being considered for merging. See templates for discussion to help reach a consensus. ›
This is a Chinese name; the family name is Wu.

He attended the National Taiwan University of Arts [3] majoring in theater.

After competing in the "New Artist Fight Game" competition in 2000, he was subsequently signed to Virgin Music. [2] Within half a year, [4] Wu released his debut album Tomorrow, Alone (一個人的Tomorrow). [5] Despite the involvement of top producers, the album received lukewarm response and weak sales. [4] However, this gave him opportunities to act in Taiwanese drama such as Peach Girl and Moonlight Forest. [2] [4] During his time acting, he continued to perform songs he wrote and composed at pubs. [4]

With an intense passion for music, Wu made a comeback to the music industry in November 2004 with a self-titled album, released by Seed Music. [2] All ten songs in the album were written by him. Critics around Asia gave highly positive reviews. The hit song Wu Ke Qun cleverly incorporated the impersonations of well-known singers such as A-do, Leehom Wang, David Tao, Jay Chou, Fei Yu Ching, Emil Chau and Shin band. The song demonstrated Wu's determination to be a unique singer in his own right. In Hong Kong, it peaked at the 7th spot out of 20 in RTHK's Chinese chart for the week of 20–26 February 2005; [6] however, the song did poorly in Singapore, debuting at 19th position on Y.E.S. 93.3 FM's chart for the week of 9–15 January 2005, [7] and remained on the chart for only 2 weeks.

He returned in October 2005 with a new album titled The Kenji Show (大頑家 – 吳克群), [3] also released by Seed Music. Working on a theme of having fun, the album comprises songs with his style of simple yet intriguing lyrics. Songs like "Da She Tou" (literally "Big Tongue") and "Bu Xie Ji Nian" rose to hit charts and were popular among students mostly. He has nominated for the best Chinese male singer in Taiwan at the 2006 and 2007 Golden Melody Awards, [2] but the award went to Leehom Wang and Korean-born singer Nicky Lee, respectively.

In 2006, Wu released a new album entitled A General Order (將軍令) [3] and again, all songs were written by Wu himself showing his creativity. This time he experimented with the Chinese music style, therefore the title song was written in that way. Other Chinese style songs including "Peaked You And Me" and "Champion" as well as the hit ballad "Cripple" are featured on this album. Wu will also be featured on a track on Hakka-Pac's album called Doing it Chikan Style. He also had a cameo appearance in Brown Sugar Macchiato .

In 2008, he release the album Poems For You (為你寫詩), [3] in which he composed all the songs. This album was number one on the sales chart for 7 weeks. All of the five MVs that were released from this album were ranked in the top 10 in two of the largest KTV chains, thus breaking a record.

Aside from writing songs only for his own albums, he also composed and produced songs for other popular singers. He wrote "Ai Ku Gui" for Maggie Chiang, "Sha Gua" for Landy Wen, "Nan Ren Nu Ren" for Valen Hsu and A Mu Long, and "Da Ming Xing" for the superboys Yu Hao Ming and Wang Yue Xin.

Wilber Pan, also known as Will Pan, is a Taiwanese-American singer, songwriter, rapper, actor and entrepreneur. He started his career as a host of Channel V programs. In 2011, Pan was awarded Best Actor for Endless Love (愛∞無限) at the 46th Golden Bell Awards, Taiwan's equivalent to the Emmy Awards.

Aaron Yan is a Taiwanese actor and singer. He was also one of the members of Taiwanese boy band Fahrenheit.

Change Me is the 12th album of the Taiwanese American R&B artist and composer, Leehom Wang, and was released on July 13, 2007. The album sold more than one million copies within the first month of release. 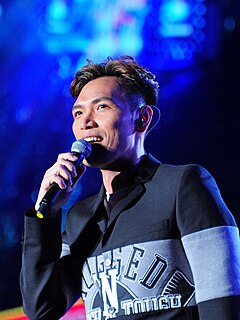 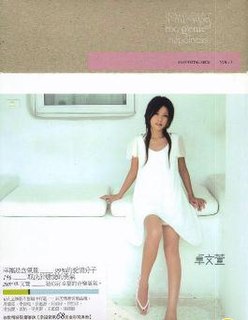 Will's Future is Taiwanese Mandopop artist Will Pan's first Mandarin compilation album. It was released by Universal Music Taiwan on 18 July 2008, between Will's sixth album Play It Cool in 2007 and seventh album 007 in 2009.

Derrick Hoh is a Singaporean singer-songwriter in the Chinese Mando-pop scene. He gained nationwide recognition after emerging as the second runner up in Channel U's Project SuperStar in 2005.

Fahrenheit's Fantasy World Tour Taipei Special is Taiwanese Mandopop quartet boy band Fahrenheit's first concert DVD album. It was recorded during the concerts held on 24 and 25 October 2009 at Taipei Arena, Taiwan. The album features songs from their first three studio albums, from their debut album, Fahrenheit in 2006 to Love You More and More in 2009, as well as other performances. 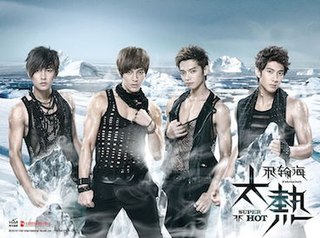 Super Hot is the fourth and final Mandarin studio album by the Taiwanese Mandopop boy band Fahrenheit. It was released on 17 September 2010 by HIM International Music. It is the last album to feature the member Wu Chun, who left the group in June 2011.

The Era 2010 World Tour is the fourth live album by Taiwanese singer Jay Chou, released on 25 January 2011 by Sony Music Taiwan and included a date filmed at Taipei Arena on 11 June 2010 from The Era World Tour. 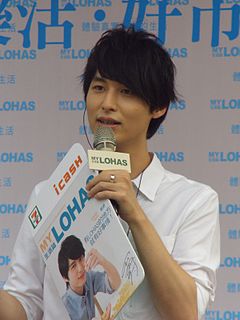 Yen-j is a Taiwanese jazz-pop singer-songwriter and actor. He has achieved rising success as a newcomer on the Mandopop scene, due to testimonials from well-known artists such as Wang Leehom, Mayday's Ashin, Dee Hsu, Blackie Chen and DJ Xiao Shu. His fresh combinations of jazz and pop have made him a noticeable star on the rise. His debut album, Thanks to Your Greatness (谢谢你的美好) contains 11 songs, all written, and produced by him, or with his input. He also plays many instruments, such as the piano, trombone, guitar and bass guitar.

Jeric T, better known by his stage name 陳傑瑞 Jeric, is a Singaporean singer-songwriter and record producer. Jeric is from a family of Chinese opera singers/actors and has been in touch with music from a young age. He was discovered by renowned singer-songwriter, Shaun Yu (永邦), in 2001, in a chanced meeting. After a few months of stint at record studios and production houses, Jeric decided to give up his studies, despite exceptional grades and standing, to pursue a musical career.

I Love You, Period! is the second studio album by Taiwanese singer Pets Tseng. It was released on 2 July 2017, by Linfair Records. It was the most-streamed album in 2017 on MyMusic, the second leading audio streaming platform in Taiwan.

Chien Yao is a Chinese lyric writer and author, known for supporting and beginning the careers of many popular artists. Yao is known to write about female sentiments He has supported the careers of many A-list singers. Yao had served in Dian Jiang Records and Sony Music Taiwan, and had been the GM of EMI Records Taiwan, Virgin Records Taiwan, and Music Nation Group Taiwan. Yao is currently retired from executive positions and serves as an exclusive writer for Warner Chappell Music, Hong Kong Limited Taiwan Branch.