Kevin Hamilton McDonald (born May 16, 1961) is a Canadian actor, voice actor and comedian. He is a member of the comedy troupe The Kids in the Hall, who have appeared together in a number of stage, television and film productions, most notably the 1988–1995 TV series The Kids in the Hall . He played Pastor Dave in That '70s Show , and also starred as a co-pilot in the 2011 web comedy series Papillon . He also does voice work in animation, most notably for providing the voices of Agent Wendy Pleakley in the Lilo & Stitch franchise, Waffle in Catscratch , and the Almighty Tallest Purple in Invader Zim .

McDonald was born in Montréal, Québec, the son of Sheila and Hamilton "Hammy" McDonald, who was a dental equipment salesman. [1] He moved to Los Angeles, California at the age of seven, after his father was transferred there. [2] His family subsequently lived in Toronto, Ontario as well. McDonald has a younger sister, Sandra.

During an interview on WTF with Marc Maron , McDonald discussed his father's severe alcoholism, which inspired the Kids in the Hall sketches "Daddy Drank" and "Girl Drink Drunk". Although he calls his mother "a wonderful woman," she was nevertheless reluctant to leave his father until Kevin turned 19, when his father's drinking had escalated to two bottles of vodka daily. McDonald, his mother and sister rented an apartment, where they quietly moved their belongings "every night [after his father would] collapse on the stairs." Once they had completely moved, his parents divorced, his father lost his job, went bankrupt and lived in a homeless shelter for a year, during which he abstained from drinking (although he alleged "his roommates were drinking Drano"); coincidentally, Kevin McDonald would use the same building to rehearse with The Kids in the Hall as they were starting out on stage. His father was able to find employment at a flower shop, then an apartment and, over time, resume his career in dental equipment sales. Eventually, he did drink again, but not to the extent he had earlier in his life. He died of an aneurysm in 2004. [3] Kevin McDonald would use his relationship with his father as the basis for a one-man show, Hammy And The Kids, in which he said he had no happy ending to the story of his father. [4] However, during his interview with Marc Maron, he said after one performance of his one-man show, he was approached by a stranger who said that he had served his father as a bartender, and that his father mentioned how proud he was of his son, the famous comedian, which moved McDonald to tears "like the ending to a bad movie."

McDonald briefly studied acting at a community college, where he was kicked out for being "a one-legged actor" (i.e. he could perform comedy, but not drama) by a dean who had a leg amputated, and was therefore a literal one-legged actor. However, one of his professors, William B. Davis (who would later find fame in his portrayal of Cigarette Smoking Man on The X-Files ), saw McDonald's potential and encouraged him to pursue improv comedy by giving him the number to The Second City in Toronto. [3]

During his youth, he had a weight problem. It wasn't until just prior to The Kids in the Hall in the late 1980s that he went from overweight to rather skinny. Several sketches and monologues allude to the issue, and a stockier McDonald can be seen in archival footage on The Kids in the Hall on DVD box sets.

McDonald founded The Kids in the Hall comedy troupe with his friend Dave Foley. They met in Toronto at the Second City Training Center, and the two wrote and performed in sketches together more than any other pair in the group. In the troupe's TV show and stage shows, he portrays several popular recurring characters, such as the King of Empty Promises, Sir Simon Milligan, and Jerry Sizzler. A frequent running gag was that McDonald is the least popular member and always struggling not to get kicked out.

When the troupe ended the five-season run of its eponymous television series in 1994, the five members moved to a number of solo projects. McDonald has played roles in movies like Boy Meets Girl , Pleakley in the Lilo & Stitch franchise, and Harry Potter in Epic Movie . On television, he has appeared on The Martin Short Show , Ellen (as a radio personality), That '70s Show (as a confused young cleric, Pastor Dave), Seinfeld , Friends , NewsRadio (on which Foley starred), MADtv , Arrested Development , and Corner Gas . McDonald has also done voice work for various animated series, including Invader Zim (in which he did the voice for Almighty Tallest Purple), The Angry Beavers , Catscratch (in which he voiced Waffle), and Clerks: The Animated Series . He also played an imaginary friend named Ivan in the Foster's Home for Imaginary Friends episode Sight For Sore Eyes, and appeared in the music video for "Roses" by OutKast.

In 2006, McDonald hosted a CBC Television special, Sketch with Kevin McDonald, featuring several of Canada's best-known sketch comedy troupes. The special received two nominations, for the performances by The Minnesota Wrecking Crew and by The Imponderables, for Canadian Comedy Award in the category Best Taped Live Performance, with The Minnesota Wrecking Crew winning the award.

Since 2000, McDonald and the other members of The Kids in the Hall have reunited for a number of tours and televised performances. The troupe played the 2007 Just for Laughs festival, where McDonald also performed his one-and-a half-man show Hammy and the Kids with Craig Northey, based on his two dysfunctional families, his father ("Hammy") and The Kids in the Hall.

The Kids in the Hall are a Canadian sketch comedy troupe formed in 1984, consisting of comedians Dave Foley, Bruce McCulloch, Kevin McDonald, Mark McKinney, and Scott Thompson. Their eponymous television show ran from 1989 to 1995 on CBC in Canada, and CBS, HBO, and Comedy Central in the United States. 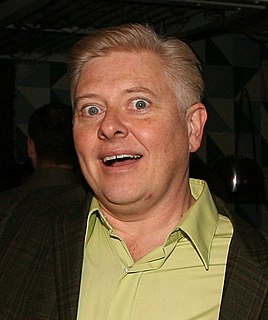 Dave Foley is a Canadian-American actor, stand-up comedian, director, producer and writer. He is known as a co-founder of the comedy group The Kids in the Hall, who have appeared together in a number of television, stage and film productions, most notably the 1988-1995 TV sketch comedy show The Kids in the Hall, as well as the 1996 film Brain Candy. He is also known for playing Dave Nelson in the sitcom NewsRadio, voicing the main character, Flik in A Bug's Life, and Terry in Monsters University portraying recurring character Bob Moore in the sitcom Hot in Cleveland and hosting the game show Celebrity Poker Showdown.

Paul Myers is a Canadian author, journalist, musician and songwriter. Until 2006, Myers worked as a musician and journalist in Toronto and Vancouver, where he became a television and radio personality. He is the older brother of actor and comedian Mike Myers.

Michael James McDonald is an American stand-up comedian, actor, director and writer. He is best known for starring in the sketch comedy show MADtv. McDonald joined the show during the fourth season (1998) and remained in the cast until the end of the thirteenth and penultimate season, having become the longest-tenured cast member.

Gary Pearson is a Canadian comedian, and television writer producer. He grew up in the southwestern Ontario village of Comber. Taking an early interest in politics and art, he began to do editorial cartoons for the nearby weekly newspaper The Tilbury Times.

Seán Cullen is a Canadian actor and stand-up comedian. He is known for combining improvisation with mimicry and music. He is known for providing voices of characters in shows like Best Ed, Seven Little Monsters, and Almost Naked Animals.

Comedy Inc. is a Canadian sketch comedy television series. It aired on CTV, A-Channel and The Comedy Network from 2003 until 2007.

Paul Bellini is a Canadian comedy writer and television actor. He is perhaps best known for his work on the comedy series The Kids in the Hall and This Hour Has 22 Minutes. He has worked on several projects with Josh Levy and Scott Thompson, and has appeared in small parts on television shows and films. 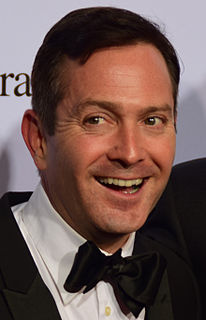 Aurora Browne is a Canadian actress and comedian, best known as one of the creators and stars of the sketch comedy series Baroness von Sketch Show.

Roman Danylo is a Canadian comedian, improviser and actor based out of Vancouver, British Columbia. He is best known for his starring role in the CTV Television Network show Comedy Inc.

Peter James Edward Oldring is a Canadian actor and comedian.

The Minnesota Wrecking Crew is a Canadian sketch comedy troupe, featuring members John Catucci, Josh Glover, Mike 'Nug' Nahrgang and Ron Sparks. They all met as members of The Vanier Improv Company. The group won two consecutive Canadian Comedy Awards for Best Sketch Troupe (2003-2004), and were nominated again in 2005 and 2006, making them one of the country's most successful comedy groups.

Geri Hall is a Canadian actress and comedian.

Bob Bainborough is a Canadian actor and comedian. He is known for playing the role of Dalton Humphrey in the Canadian comedy series The Red Green Show, and appearances on History Bites. Bainborough was nominated for a Gemini Award in both series. 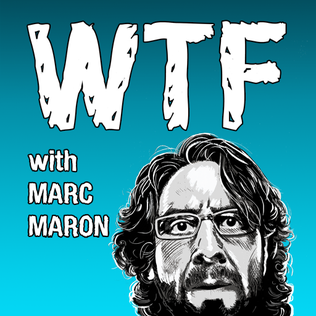 WTF with Marc Maron is a weekly podcast and radio show hosted by stand-up comedian Marc Maron. The show was launched in September 2009. The show is produced by Maron's former Air America co-worker Brendan McDonald.

The 2nd Canadian Comedy Awards, presented by the Canadian Comedy Foundation for Excellence (CCFE), honoured the best live, television, and film comedy of 2000 and was held in April 2001 at The Guvernment in Toronto, Ontario. The ceremony was hosted by Sheila McCarthy and Patrick McKenna and was televised by The Comedy Network. 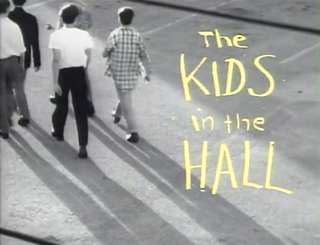 The Kids in the Hall is a Canadian sketch comedy TV series that aired for five seasons from 1988 to 1995, starring the comedy troupe The Kids in the Hall. The troupe, consisting of comedians Dave Foley, Kevin McDonald, Bruce McCulloch, Mark McKinney, and Scott Thompson, appeared as almost all the characters throughout the series, both male and female, and also wrote most of the sketches.

Funny as Hell is a Canadian television comedy series, which aired on HBO Canada from 2011 to 2017. Hosted by Jon Dore, the series featured stand-up comedy performances recorded at the annual Just for Laughs comedy festival in Montreal, and marketed itself as an uncensored platform for edgier and more adult comedy than could be aired on a terrestrial channel such as CBC Television. The series originally ran from 2011 to 2016, when it was cancelled by HBO Canada; Seeso then stepped in as a new production partner, resulting in the creation of one further season which aired in 2017.