Kevork Vartani Ajemian (Adjemian) (in Armenian Գևորգ Աճեմյան, in Western Armenian Գէորգ Աճեմեան) (May 23, 1932 – December 27, 1998) was a prominent Lebanese-Armenian writer, journalist, novelist, theorist and public activist, and long-time publisher of the Beirut-based literary, artistic and general publication Spurk (in Armenian Սփիւռք). Ajemian was a co-founder of the Armenian Secret Army for the Liberation of Armenia (ASALA) military organization.

Ajemian was born in Manbij, near Aleppo, Syria, into a family of survivors of the Armenian Genocide, originally from Sasun. He studied in Aleppo, then in 1952 he moved to Beirut.

Ajemian graduated from the American University of Beirut in 1958. He taught Armenian and English language and literature in some Armenian schools of Beirut and Cyprus for a few years. He was the editor of The Daily Star in Beirut, contributed to Shirak and Graser Armenian literary magazines. He was a regular contributor to Spurk , which he edited for a short time in 1965 and then from 1975-1978. He later published three issues as a yearbook from 1985-1998. A representative of the new generation of Armenian Diasporan writers of the 1960s, Ajemian wrote both in Armenian and in English, and his books were published in Lebanon, Soviet Armenia and the United States. Ajemian "has been acclaimed as a powerful intellectual voice in Armenian freedom movements as his works express the longing, rootlessness, and despair of diasporan peoples everywhere". [1] As a novelist he experimented with modern forms and postsurrealist techniques. [2] According to "The Book Buyer's Guide" (1969), in his first English novel Symphony in Discord, Ajemian, "a well-known Armenian author takes a look and a laugh at life in an unusually provocative study". [3] His Ruling over the Ruins novel is a love story of a bright young Irish journalist and an aging Armenian lawyer marooned together in war-ravaged Beirut.

According to Kari S. Neely, Ajemian's writings in both Armenian and English are more like philosophical tracks than fiction and his "writing style, perhaps like his lifestyle, is aggressive and direct, never mincing words". They overtly deal with themes of diaspora's identity. In his A Perpetual Path novel Ajemian points the finger "inwardly to the Armenian people, blaming them for their past calamities". [4] Even the violence is necessary to assert your rights, because no one is going to give them to you willingly. [5]

Ajemian was one of the founders of ASALA and developed the policy of the organization. One of the most famous novels of Ajemian, The Descendants of Milky Way ("Hartkoghi zharankortnere"), is dedicated to the life of the Armenian youth in Lebanon of the 1970s. In another novel by Ajemian, "A Time for Terror" (1997), the story concerns an attempt to assassinate the head of the Armenian Liberation Army in 1980s Beirut. In 1997 the book was discussed at New York City radio. [6]

In 1999, a collection of the best journalistic works of Ajemian was published by ASALA. 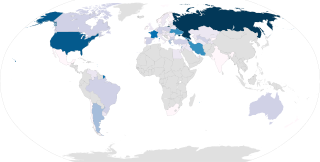 The Armenian diaspora refers to the communities of Armenians outside Armenia and other locations where Armenians are considered an indigenous population. Since antiquity, Armenians have established communities in many regions throughout the world. However, the modern Armenian diaspora was largely formed as a result of the WWI, when the Armenian Genocide ordered by the Ottoman Empire forced the people living in their homeland to flee or be killed.

The Armenians in Lebanon are Lebanese citizens of Armenian descent. There has been an Armenian presence in Lebanon for centuries. According to Minority Rights Group International, there are 156,000 Armenians in Lebanon, around 4% of the population. Prior to the Lebanese Civil War, the number was higher, but the community lost a portion of its population to emigration. Prior to 1975, Beirut was a thriving center of Armenian culture with varied media production, which was exported to the Armenian diaspora.

The Armenians in Syria are Syrian citizens of either full or partial Armenian descent.

Spurk is an Armenian literary and public weekly, periodical, or journal, published since 1958 in Beirut, Lebanon.

Hagop Hagopian was an Armenian activist and one of the founders and the main leader of the Armenian Secret Army for the Liberation of Armenia (ASALA).

Simon Simonian was an Armenian intellectual who founded the literary and social Armenian periodical Spurk.

Garnik Hovsepi Addarian (1925–1986) was an Armenian Diasporan poet, writer and public figure, a member of Lebanese Communist Party Central Committee since 1980. He was born in Aleppo and died in Beirut.

The Ankara Esenboğa Airport attack was a terrorist attack on Ankara Esenboğa Airport in Ankara, Turkey, located 28 km (17 mi) northeast of Ankara, the capital city of Turkey. The airport has been in operation since 1955. The attack was perpetrated by Zohrab Sarkissian and Levon Ekmekjian of the "Khrimian Hayrik Suicide Squad" and the "Pierre Gulumian commando" group from the Armenian militant organization Armenian Secret Army for the Liberation of Armenia on 7 August 1982. The attack killed nine people and injured 72 others.

Antranig Dzarugian was an influential diasporan Armenian writer, poet, educator and journalist in the 20th century.

Vartan Matiossian is a diasporan Armenian historian, translator and editor. He is currently director of the Eastern Prelacy of the Armenian Apostolic Church and book review editor for Armenian Review. 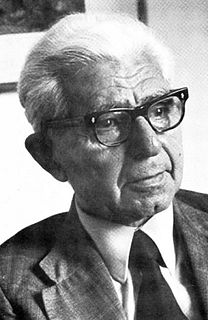 The Circassians in Syria refers to the Circassian diaspora, some of whom settled in Syria in the 19th century. They moved to Syria after a forced migration to the Ottoman Empire resulting from a Russian invasion in the early 1860s. Most pre-Civil War estimates put the Circassian population at around 100,000. They are predominantly Sunni Muslims. While they have become an increasingly assimilated part of Syrian society, they have maintained a distinct identity, having retained their Adyghe language, their tribal heritage and some of their traditional customs. Syria's Circassian population has dwindled with the advent of the civil war that has been ongoing in Syria since 2011.

Aram Karamanoukian was a Lieutenant General of the Syrian Army. He was also member of the Syrian Parliament. He is the author of several books. For his work as a scholar and military serviceman, Karamanoukian received medals from Egypt, Armenia, Lebanon, Syria, and France.

Kevork Shadoyan is a Syrian/Armenian fashion designer. His main workshop is in Yerevan, Armenia.