The Kh-22 (Russian : X-22; AS-4 'Kitchen') is a large, long-range anti-ship missile developed by MKB Raduga in the Soviet Union. It was intended for use against US Navy aircraft carriers and carrier battle groups, with either a conventional or nuclear warhead.

After analyzing World War II naval battles and encounters in the late 1940s and early 1950s, Soviet military thinkers concluded that the era of large seaborne battles was over, and that stand-off attacks would be the way to neutralize and incapacitate large battle groups without having to field a similar force against them. Substituting cruise missiles for air attacks, Soviet Air Forces and Soviet Naval Aviation commanders set about to convert their heavy bombers to raketonosets, or missile carriers, which could be launched against approaching enemy fleets from coastal or island airfields. The Kh-22 (Complex 22) weapon was developed by the Raduga design bureau and used to arm the Tupolev Tu-22M.

The Kh-22 uses an Tumanski liquid-fuel rocket engine, fueled with TG-02 (Tonka-250) and IRFNA (inhibited red fuming nitric acid), giving it a maximum speed of Mach 4.6 and a range of up to 600 km (320 nmi). It can be launched in either high-altitude or low-altitude mode. In high-altitude mode, it climbs to an altitude of 27,000 m (89,000 ft) and makes a high-speed dive into the target, with a terminal speed of about Mach 4.6. In low-altitude mode, it climbs to 12,000 m (39,000 ft) and makes a shallow dive at about Mach 3.5, making the final approach at an altitude under 500 m (1,600 ft). The missile is guided by a gyroscope-stabilized autopilot in conjunction with a radio altimeter.

By August 2016, Russia was finalizing the trials of the Kh-32 cruise missile, a derivative of the Kh-22. Designed for use by the Tu-22M3 bomber, the missile is designed to climb to 40 km (130,000 ft) to the stratosphere after launch, transition to level flight, then perform a steep dive to the target. The cruise missile version is also designed to target enemy ships, as well as radars, and "radio-contrast targets" like bridges, military bases, electric power plants, and others. The Kh-32 has an inertial navigation system and radar homing head, making it independent of GPS/GLONASS navigation satellites. Presumably, it has a range of 1,000 km (620 mi; 540 nmi) and a speed of at least 5,000 km/h (3,100 mph; Mach 4.1). [9] Apparently the missile entered service in the same year.[ citation needed ] Thirty-two Kh-22 missiles will be modernized to the Kh-32 level in 2018–2020. [10]

The first service-ready missiles were ready in 1962.

Two initial versions were built, the Kh-22 with a large conventional warhead and the Kh-22N with a 350–1000-kiloton nuclear warhead. [13] In the mid-1970s this was supplemented by the Kh-22P, an anti-radiation missile for the destruction of radar installations. In the 1970s the Kh-22 was upgraded to Kh-22M and Kh-22MA standard, with new attack profiles, somewhat longer range, and a datalink allowing mid-course updates. 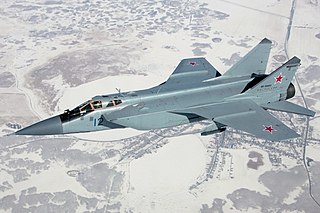 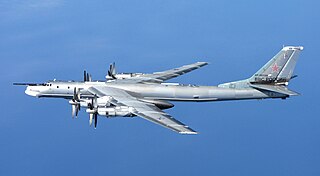 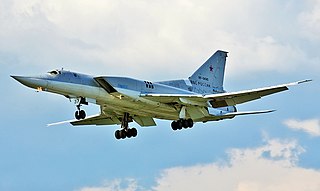 The Kh-90 GELAГЭЛА is a Soviet Russian Air-to-Surface cruise missile. It was supposed to replace subsonic intermediate range missiles in the Soviet inventory. The missile was an ambitious project, as the main objective was to develop it into a hypersonic missile. It was to be a successor to the Kh-45, which never entered service. 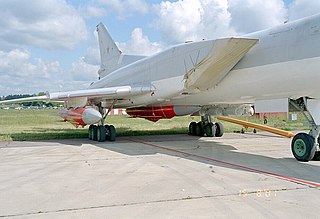 The Tupolev Samolyot 135 was a designation that was used for two different strategic bomber projects in the Soviet Union in the late 1950s and early 1960s, neither of which progressed beyond the drawing board.