Jamal began playing vibraphone in the mid-1960s. [2] Later in the decade, he joined Cosmic Forces, then co-founded Sounds of Liberation with Byard Lancaster during the early 1970s. [1] During the 1970s, Jamal studied at Combs College of Music and joined Sunny Murray's group Untouchable Factor. [1] In addition to leading his own groups, Jamal has performed with Ronald Shannon Jackson's Decoding Society, Joe Bonner, Billy Bang, Charles Tyler and others. [1] [2] 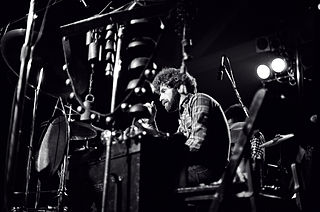 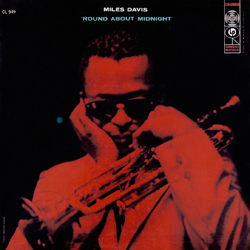 'Round About Midnight is an album by jazz composer and trumpet player Miles Davis that was released by Columbia Records in March 1957.

Phil Napoleon was an early jazz trumpeter and bandleader born in Boston, Massachusetts. Ron Wynn notes that Napoleon "was a competent, though unimaginative trumpeter whose greatest value was the many recording sessions he led that helped increase jazz's popularity in the mid-'20s." Richard Cook and Brian Morton, writing for The Penguin Guide to Jazz, refer to Napoleon as "a genuine pioneer" whose playing was "profoundly influential on men such as Red Nichols and Bix Beiderbecke."

Samuel Blythe Price was an American jazz, boogie-woogie and jump blues pianist and bandleader. Price's playing is dark, mellow, and relaxed rather than percussive, and he was a specialist at creating the appropriate mood and swing for blues and rhythm and blues recordings.

Rejoicing with the Light is an album by Muhal Richard Abrams released on the Italian Black Saint label in 1983 and featuring performances of five of Abrams' compositions by a fourteen-member orchestra.

View from Within is an album by Muhal Richard Abrams released on the Italian Black Saint label in 1985 and featuring performances of six of Abrams' compositions by an octet.

Blue Parlan is an album by American jazz pianist Horace Parlan featuring performances recorded in 1978 and released on the Danish-based SteepleChase label.

You Better Know It!!! is an album by American jazz vibraphonist Lionel Hampton featuring performances recorded in 1964 for the Impulse! label.

Throb is an album by vibraphonist Gary Burton recorded in 1969 and released on the Atlantic label.

Jaki Byard with Strings! is an album by pianist Jaki Byard recorded in 1968 and released on the Prestige label. It is a sextet recording, with George Benson (guitar), Ray Nance, Ron Carter (cello), Richard Davis, and Alan Dawson.

Othello Ballet Suite/Electronic Organ Sonata No. 1 is an album by composer George Russell which was recorded in Europe and released by the Swedish Sonet Records and by the Flying Dutchman label in the US in 1970. The album was reissued in 1981 on the Italian Soul Note label

Konstanze's Delight is an album by American jazz saxophonist Jemeel Moondoc, which was recorded live at the Third Street Music School in 1981 and released on the Italian Soul Note label. He leads a sextet that features Muntu's members Roy Campbell on trumpet and William Parker on double bass, occasional members Khan Jamal on vibraphone and Ellen Christi on wordless vocals, and Denis Charles on drums. 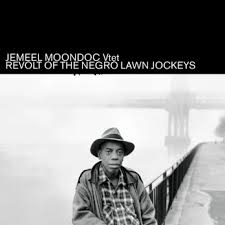 Revolt of the Negro Lawn Jockeys is an album by American jazz saxophonist Jemeel Moondoc, which was recorded live at the 2000 Vision Festival and released on the Eremite label. It was a reunion with vibraphonist Khan Jamal, who recorded with Moondoc before on the album Konstanze's Delight. The quintet also features Nathan Breedlove on trumpet, John Voigt on bass and Codaryl Moffett on drums.

On the Move is a live album by Nat Adderley's Quintet recorded in 1982 and released on the Theresa label.

Lemuria-Seascape is an album by pianist Kenny Barron which was recorded in early 1991 and released on the Candid label.

Griot Libertè is an album by bassist Buster Williams recorded in 2004 and released on the HighNote label.