Kim Chaek was born in Sŏngjin, North Hamgyong, Korea, in 1903. He and his family fled to Manchuria after Korea was colonized by Japan. In 1927, Kim joined the Communist Party of China and the Anti-Japanese movement to oppose the Japanese occupation. He was imprisoned for his resistance activities. After his released from prison, Kim joined the Northeast Anti-Japanese United Army in 1935 and fought alongside with Kim Il-sung. He fled to the Soviet Union to escape the Japanese conquest of the partisans in 1940. He lived in Khabarovsk where he met with Kim Il-sung and formed the 88th Special Brigade. He returned to Korea along with the Soviet Army in 1945 after the Soviet invasion of Manchuria. On September 9, 1948, the Democratic People’s Republic of Korea was established, Kim became the industry minister and deputy prime minister under Kim Il-sung. He was appointed number 2 Committee Vice Chairman in the Korean Workers Party. In the Korean War, he was a commander of the North Korean troops on the front lines.

Kim was purged when he was found responsible for the failure at the Inchon landing. He died in January 1951 after an American military air raid bombing. Some scholars believe that his death was an assassination after a power struggle, and caused by gas poisoning rather than an air strike. [1]

After his death, Kim Chaek's birthplace Haksong County, combined with the neighboring city of Songjin, was formally renamed to Kim Chaek City to commemorate his life and accomplishments. [2] The Kim Chaek University of Technology, Kim Chaek Iron and Steel Complex, and Kim Chaek People's Stadium [3] [ user-generated source ] are also named after him. The stadium is located at 40°41'0"N 129°11'47"E.

He was posthumously awarded North Korea's National Reunification Prize in 1998. [4] 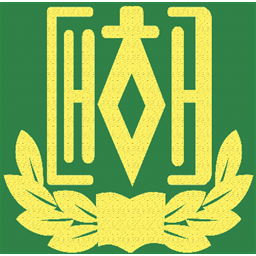 Kim Il-sung University, founded on 1 October 1946, is the first university built in North Korea. It is located on a 15-hectare (37-acre) campus in Pyongyang, the nation's capital. Along with the main academic buildings, the campus contains 10 separate offices, 50 laboratories, libraries, museums, a printing press, an R&D centre, dormitories and a hospital. There is a large computer lab, but it has only limited internet access. The university is named in honour of Kim Il-sung, the founder and first supreme leader of North Korea. 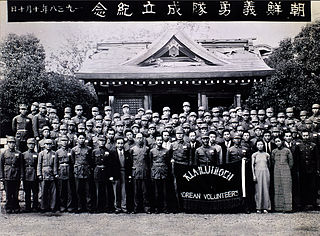 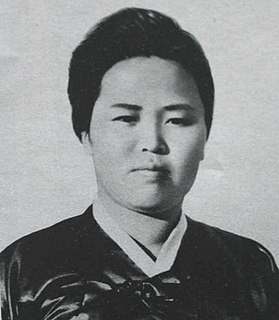 Kim Chaek University of Technology is a university in North Korea, on the banks of the Taedong River in Pyongyang. It is named after General Kim Chaek. 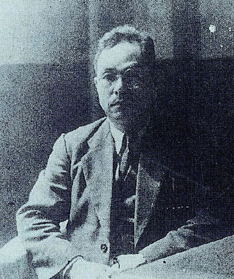 Pak Hon-yong or Park Heon-young was a Korean independence activist, politician, philosopher and communist activist and one of the main leaders of the Korean communist movement during Japan's colonial rule (1910–1945). His nickname was Ijong (이정) and Ichun (이춘), his courtesy name being Togyong (덕영).

Pak Song-chol or Park Sung-chul was a North Korean politician who served as Premier of North Korea from 1976 to 1977. He succeeded Kim Il. He also served as foreign minister from 1959 to 1970.

The Communist movement in Korea emerged as a political movement in the early 20th century. Although the movement had a minor role in pre-war politics, the division between the communist North Korea and the anti-communist South Korea came to dominate Korean political life in the post-World War II era. North Korea, officially the Democratic People's Republic of Korea, continues to be a Juchesocialist state under the rule of the Workers' Party of Korea. In South Korea, the National Security Law has been used to criminalize advocacy of communism and groups suspected of alignment with North Korea. Due to end of economic aid from Soviet Union after its dissolution in 1991 and impractical ideological application of Stalinist policies in North Korea over years of economic slowdown in the 1980s and receding during the 1990s, North Korea replaced Communism with the Juche ideology in its 1992 and 1998 constitutional revisions for the personality cult of Kim's family dictatorship and opening of North Korean market economy reform, though it still retains a command economy with complete state control of industry and agriculture. North Korea maintains collectivized farms and state-funded education and healthcare.

Kim Il-sung was a politician and the founder of North Korea, which he ruled from the country's establishment in 1948 until his death in 1994. He held the posts of Premier from 1948 to 1972 and President from 1972 to 1994. He was also the leader of the Workers' Party of Korea (WPK) from 1949 to 1994. Coming to power after the end of Japanese rule in 1945, he authorized the invasion of South Korea in 1950, triggering an intervention in defense of South Korea by the United Nations led by the United States. Following the military stalemate in the Korean War, a ceasefire was signed on 27 July 1953. He was the third longest-serving non-royal head of state/government in the 20th century, in office for more than 45 years.

The Flower Girl is a North Korean revolutionary genre theatrical performance, which was written by the country's sole President Kim Il-sung according to official North Korean sources. The performance is considered one of the "Five Great Revolutionary Operas", a group of classical, revolution-themed opera repertoires well received within North Korea. It was also made into a novel. A film adaption of the opera starring Hong Yong-hee was made in 1972.

Kim Kyung-chun was a Korean independence activist and military leader. In 1888, he was born in a rich, Yangban-traditioned family in South Hamgyong Province, Pukchong County, as the fifth son of his father Kim Ding-Hyung. His original name was Kim Ung-chon. In 1909, he married You Jong. He later entered the Imperial Japanese Army Academy and graduated in 1911, attaining the rank of cavalry lieutenant in the Imperial Japanese Army. In June 1919, he fled to Manchuria along with Chi Chong-chon to join the Korean independence movement, working as a trainer but after only six months he communicated with some Korean activists and moved to Vladivostok to fight under Kim Kyu, who was renowned for victory over a Japanese battalion. His main operation after arriving in Vladivostok was fighting off Japanese-supported Chinese militias. In this period he chose Kim Kyung-cheon as a pseudonym. During the Russian Civil War, his troops managed to impress Red Army commanders with good discipline. In January 1923, he attended the conference of Korean Provisional Government in Shanghai and decided to create a communist Korean regime which would be based in the Soviet Union. However, the Comintern denied the "republic's" legitimacy as an independent entity, leading Ji to leave the Soviet Union while Kim remained. During the Great Purge, Kim was arrested for protesting against Joseph Stalin's Korean Dislocation policy and eventually died in a Soviet prison. He and Ji Cheong-cheon and Shin Dong-cheon were called "3 cheons of South Manchuria" (南满三天). He was also referred to as 擎天金将軍 by Koreans in Manchuria.

The Kim dynasty, referred to as the Mount Paektu/Baekdu bloodline in ideological discourse by the Workers' Party of Korea (WPK), is a three-generation lineage of North Korean leadership descending from the country's first leader, Kim Il-sung. In 1948, Kim came to rule the North after the end of Japanese rule in 1945 split the region. He began the Korean War in 1950 in a failed attempt to reunify the Korean Peninsula. By the 1980s, Kim developed a cult of personality closely tied to their state philosophy of Juche, which would later be passed on to his two successors: son Kim Jong-il and grandson Kim Jong-un. 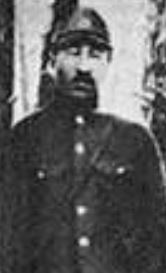 Pak Il-u was a Korean independence activist and a politician. Following the formal establishment of the Democratic People's Republic of Korea, he was the first Minister of Interior in the North Korean Cabinet.

Lee Yong ; born April 7, 1888 - died August 18, 1954) was a Korean Independence activist and politician, son of Yi Tjoune, famous for being Hague envoy. He used the pseudonym Lee Jong-song, avoiding oppression. Following the official proclamation of the Democratic People's Republic of Korea, he was appointed to the first Minister of Urban Management in the North Korean Cabinet led by Premier of North Korea, Kim Il-sung.

Kim Pyong-sik was a North Korean politician who served as Vice President of North Korea and chairman of the Korean Social Democratic Party.

The 88th Separate Rifle Brigade, also known as the Northeast Anti-Japanese Allied Forces Teaching Brigade or the 88th International Brigade was an international military unit of the Red Army created during World War II. It was unique in that it incorporated the peoples of Korea, China and Soviet Central Asia in its ranks.