Kimberly Nichole Wayans (born October 16, 1961) is an American actress, activist, comedian, producer, writer and director. Wayans is the sister of Keenen Ivory, Damon Sr., Marlon, Shawn and Nadia Wayans. She is best known for her numerous roles on the Fox sketch comedy show In Living Color (1990–94), and Tonia Harris on In the House (1995–98). Wayans is also best known as the noted family matriarch of The Wayans Family.

Wayans was born in New York City, the daughter of Elvira Alethia (Green), a homemaker and social worker, and Howell Stouten Wayans, a supermarket manager. [1] [2] [3] Her family were Jehovah's Witnesses. [4] [5] She and her family lived in New York City's Chelsea neighborhood.

In film she appeared in I'm Gonna Git You Sucka and Don't Be a Menace to South Central While Drinking Your Juice in the Hood (both directed by her brother Keenen), and had a starring role in the art film Talking About Sex and later co starred in Juwanna Mann as Latisha Jansen. She starred with her siblings on the Fox variety show In Living Color and A Low Down Dirty Shame .

Her other television work includes regular appearances on the sitcom In the House with LL Cool J and a recurring role on A Different World . Recently, she has worked as a story editor on her brother Damon's sitcom My Wife and Kids . In 2008, she co wrote a series of children's books with her husband Kevin Knotts, entitled Amy Hodgepodge, about a multiracial girl adjusting to life in public school after years of homeschooling.

In December 2011, she got a chance to showcase her dramatic chops with a supporting role as a mother who struggles to understand her seventeen-year-old daughter in Pariah . She was nominated (alongside co star Pernell Walker) for Best Supporting Actress at the 2012 Black Reel Awards but lost to Octavia Spencer for The Help .

Keenen Ivory Desuma Wayans is an American actor, comedian, filmmaker, and a member of the Wayans family of entertainers. He first came to prominence as the host and the creator of the 1990–1994 Fox sketch comedy series In Living Color. He has produced, directed and/or written several films, starting with Hollywood Shuffle, which he cowrote, in 1987. 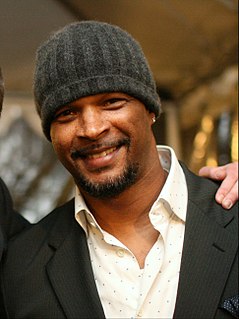 Damon Kyle Wayans is an American stand-up comedian, actor, writer and producer, and member of the Wayans family of entertainers. Wayans performed as a comedian and actor throughout the 1980s, including a year long stint on the sketch comedy series Saturday Night Live. 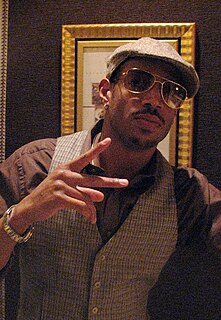 Marlon Lamont Wayans is an American actor, comedian, writer, and producer. Wayans began his career portraying a pedestrian in I'm Gonna Git You Sucka (1988). He went on to regularly collaborate with his brother Shawn Wayans on The WB sitcom The Wayans Bros. (1995–1999), and in the comedy films Scary Movie (2000), Scary Movie 2 (2001), White Chicks (2004), Little Man (2006), and Dance Flick (2009). Wayans had a dramatic role in Darren Aronofsky's critically acclaimed film Requiem for a Dream (2000), which saw his departure from the usual comedies. 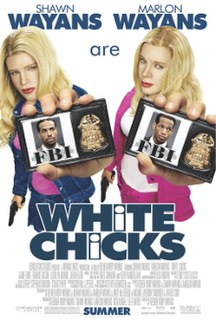 White Chicks is a 2004 American comedy film directed by Keenen Ivory Wayans. It stars Shawn Wayans and Marlon Wayans as two black FBI agents who go undercover using whiteface as women to solve a kidnapping plot. The film was theatrically released in the United States on June 23, 2004, and grossed $113.1 million worldwide against a budget of $37 million.

Brittany Ann Daniel is an American actress. She is the twin sister of photographer and former actress Cynthia Daniel. Daniel is best known for her roles as Jessica Wakefield in the teen drama series Sweet Valley High (1994–1997) and as Kelly Pitts in the CW/BET comedy-drama series The Game. Her film credits include Joe Dirt (2001) and its 2015 sequel, White Chicks (2004), and Skyline (2010).

Essence Uhura Atkins is an American actress and model. She began her career appearing on television sitcoms, before her regular role on the short-lived first African-American prime-time drama Under One Roof.

Damien Dante Wayans is an American actor, screenwriter, producer and director. He is a member of the Wayans family.

Damon Kyle Wayans Jr. is an American actor and comedian most widely known for starring as Brad Williams in the ABC sitcom Happy Endings, for which he was nominated for the Critics' Choice Television Award for Best Supporting Actor in a Comedy Series in 2012, and as Coach in the Fox sitcom New Girl. In 2014, he starred in the comedy film Let's Be Cops, and provided the voice of Wasabi in Big Hero 6.

Dwayne Howell Wayans is an American writer and film score composer. He is a member of the Wayans family.

Dance Flick is a 2009 American musical comedy film directed by Damien Dante Wayans in his directorial debut and written by and starring many members of the Wayans family. The film was set for release in the United States on February 6, 2009, and changed to May 22, 2009.

Chaunté Wayans is an American actress, comedian, writer and editor. 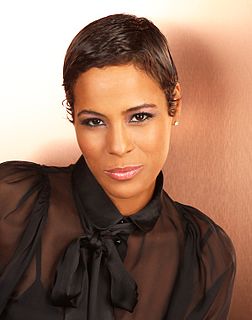 Daphne Wayans is an American television personality, relationship expert, and film producer. She is best known as the former wife of Keenen Ivory Wayans, creator of the FOX sketch comedy In Living Color.