Kismet is a 1931 American drama film directed by William Dieterle and starring Gustav Fröhlich, Dita Parlo and Vladimir Sokoloff. [1] It was produced as a German-language version of the 1930 Warner Brothers film Kismet . 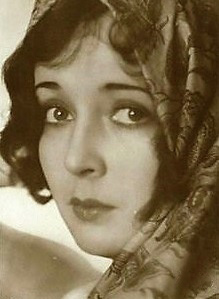 Dita Parlo was a German actress. 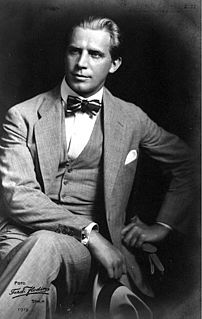 Honor of the Family is a 1931 American Pre-Code drama film released by First National Pictures, starring Bebe Daniels and Warren William. It was based on the play by Emil Fabre, from the Honoré de Balzac novel, La Rabouilleuse. 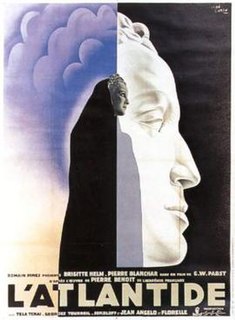 L'Atlantide is a 1932 German-French adventure and fantasy film directed by G. W. Pabst and starring Brigitte Helm. It is based on the novel L'Atlantide by Pierre Benoît.

Street of Shadows is a 1937 French spy film directed by G. W. Pabst. An English-language version with exactly the same plot was filmed at the same time under the direction of Edmond T. Gréville, but with some changes in the cast. Dita Parlo remained as Mademoiselle Docteur, but Erich von Stroheim took over the part of the German spy chief. The English-language version was released in the United States under the title Under Secret Orders. It was shot at the Joinville Studios in Paris. The film's sets were designed by the art directors Robert Hubert and Serge Piménoff. 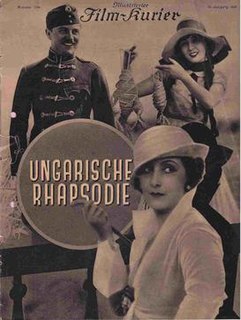 Hungarian Rhapsody is a 1928 German silent drama film directed by Hanns Schwarz and starring Lil Dagover, Willy Fritsch and Dita Parlo. It depicts the life of an impoverished Hungarian aristocrat.

Melody of the Heart is a 1929 German musical film directed by Hanns Schwarz and starring Dita Parlo, Willy Fritsch and Gerő Mály.

Tropical Nights is a 1931 American German language drama film directed by Leo Mittler and starring Dita Parlo, Robert Thoeren and Fritz Greiner. The film was one of five multi-language versions of the American film Dangerous Paradise (1930) made by Paramount at the Joinville Studios in Paris. These were made in the years following the introduction of sound film, before the practice of dubbing became widespread. The film, like the original American production, is based on Joseph Conrad's 1915 novel Victory. 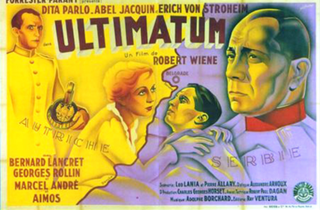 Secrets of the Orient is a 1928 German-French silent drama film directed by Alexandre Volkoff and starring Nikolas Kolin, Iván Petrovich and Dimitri Dimitriev.

Men Behind Bars is a 1931 American Pre-Code drama film directed by Pál Fejös and starring Heinrich George, Gustav Diessl and Egon von Jordan. It is the German-language version of MGM's The Big House. In the early years of sound before dubbing became widespread, it was common to make films in multiple languages. It premiered in Berlin on June 24, 1931.

The Lady with the Mask is a 1928 German silent film directed by Wilhelm Thiele and starring Max Gülstorff, Arlette Marchal and Vladimir Gajdarov.

The Ship of Lost Souls or The Ship of Lost Men is a 1929 German silent thriller film directed by Maurice Tourneur and starring Fritz Kortner, Marlene Dietrich and Robin Irvine. 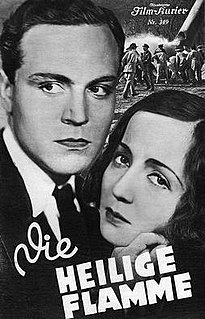 The Sacred Flame is a lost 1931 American drama film directed by William Dieterle and Berthold Viertel and starring Gustav Fröhlich, Dita Parlo and Hans Heinrich von Twardowski. It was made by Warner Brothers as a German-language remake of the studio's 1929 film The Sacred Flame. It is based upon the 1928 play of the same name by W. Somerset Maugham. 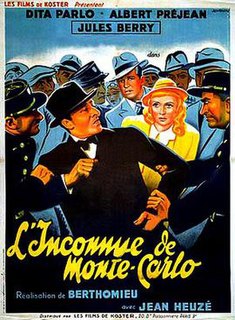 Unknown of Monte Carlo is a 1939 French drama film directed by André Berthomieu and starring Dita Parlo, Albert Préjean and Jules Berry. A separate Italian version The Woman of Monte Carlo was also made. 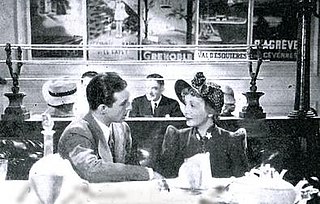 The Woman of Monte Carlo is a 1938 Italian drama film directed by André Berthomieu and Mario Soldati and starring Dita Parlo, Fosco Giachetti and Jules Berry. A separate French version Unknown of Monte Carlo was released the following year. 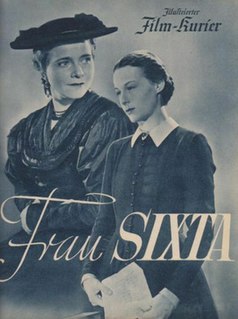