Kita (北区, Kita-ku) is a special ward located in Tokyo Metropolis, Japan. The English translation of its Japanese self-designation is City of Kita. The ward was founded on March 15, 1947.

The area was a collection of rural villages and towns until the 1880s, when it was connected by rail to central Tokyo (Oji Station opening in 1883). Parts of the area joined Tokyo City in 1932 as the Ōji (former Ōji and Iwabuchi towns) and Takinogawa (former Takinogawa town) Wards. Kita was officially formed in 1947 by the merger of these wards. [1]

The name Kita, meaning "north," reflects the location among the wards of Tokyo. To its north lie the cities of Kawaguchi and Toda in Saitama Prefecture. To the east, south and west lie other special wards: Adachi, Arakawa, Itabashi, Bunkyō, and Toshima.

The head office of Seiyu Group is in Kita. [9]

The city's public elementary and middle schools are operated by the City of Kita Board of Education.

The city's public high schools are operated by the Tokyo Metropolitan Government Board of Education.

The following private domestic schools are in the ward:

The following international schools are in the ward:

The following universities are in the ward:

It is also twinned with the following cities in Japan. 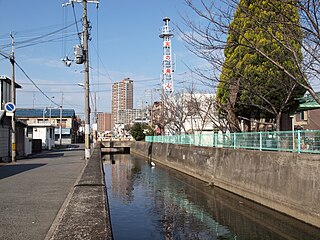 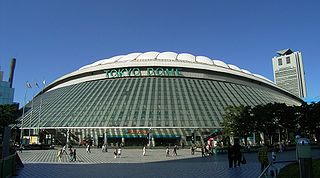 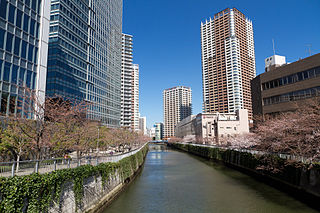 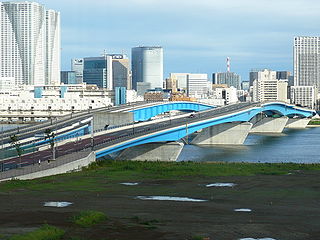 Arakawa is a special ward located in Tokyo Metropolis, Japan. The ward takes its name from the river, the Arakawa, though the Arakawa River does not run through or touch the ward. Its neighbors are the wards of Adachi, Kita, Bunkyo, Taito and Sumida. In English, the ward calls itself Arakawa City. 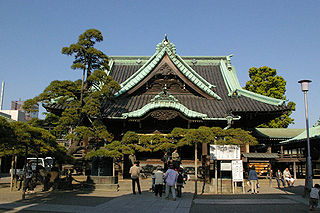 Katsushika is a special ward located in Tokyo, Japan. The ward calls itself Katsushika City in English. 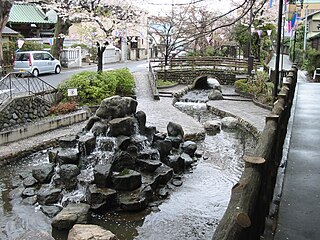 Edogawa is one of 23 special wards located in Tokyo Metropolis, Japan. It takes its name from the Edo River that runs from north to south along the eastern edge of the ward. In English, it uses the name Edogawa City.

Kami-ikebukuro (上池袋) is a neighborhood in Toshima, Tokyo, Japan. It is located among JR Ikebukuro, Ōtsuka, and Itabashi Stations and spread along Meiji Avenue. 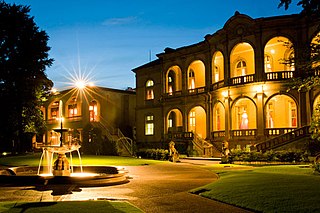 Oji Shrine is a Shinto shrine located in the Kita-ku ward of Tokyo, Japan. 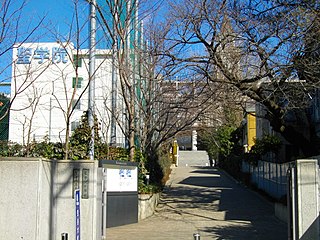 Seigakuin Junior & Senior High School is a private Christian secondary school in Nakazato, Kita, Tokyo. It is a part of the Seigakuin educational group.

Joshi Seigakuin Junior & Senior High School is a private Christian girls' secondary school in Nakazato, Kita, Tokyo. It is a part of the Seigakuin educational group. 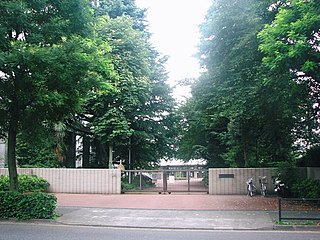 Tokyo Metropolitan Nishi High School is a Japanese high school, founded in 1937 in Aoyama, Minato-ku, as the Tokyo Tenth Middle School, which moved to Miyamae, Suginami-ku in 1939, and changed its name in 1950 to Nishi High School, with "Nishi" meaning "West". It was well known in the 1950s and 1960s for the large proportion of graduates who gained admission to the prestigious national universities, such as the University of Tokyo, Hitotsubashi University and the Tokyo Institute of Technology, though it suffered a decline later.