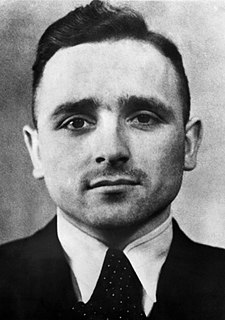 Nikolaus "Klaus" Barbie was a German operative of the SS and SD who worked in Vichy France during World War II. He became known as the "Butcher of Lyon" for having personally tortured prisoners—primarily Jews and members of the French Resistance—as the head of the Gestapo in Lyon. After the war, United States intelligence services, which employed him for his anti-communist efforts, aided his escape to Bolivia, where he advised the regime on how to repress opposition through torture.

Klaus Huber was a Swiss composer and academic based in Basel and Freiburg. Among his students were Brian Ferneyhough, Michael Jarrell, Younghi Pagh-Paan, Toshio Hosokawa, Wolfgang Rihm, and Kaija Saariaho. He received the Ernst von Siemens Music Prize in 2009, among other awards.

Pagh is an ancient Danish surname, from old Danish. It means "palisade", and applies to the ancient nobility, Uradel. The family dominated over Odense whose old town arms was similar to the coat of arms of the family: a golden lily in a blue field. Notable people with the surname include: 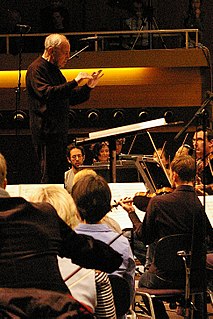 Klaus Löwitsch was a German actor, best known in Germany for his starring role in the television detective series Peter Strohm.

Sunstroke at the Beach Resort is a 1973 Danish comedy film directed by Klaus Pagh and starring Daimi.

Me and the Mafia is a 1973 Danish comedy film directed by Henning Ørnbak and starring Dirch Passer.

Girls at Arms 2 is a 1976 Danish comedy film directed by Finn Henriksen and starring Berrit Kvorning. It is a sequel to the 1975 film Girls at Arms.

The Berliner Kunstpreis, officially Großer Berliner Kunstpreis, is a prize for the arts by the City of Berlin. It was first awarded in 1948 in several fields of art. Since 1971, it has been awarded by the Academy of Arts on behalf of the Senate of Berlin. Annually one of its six sections, fine arts, architecture, music, literature, performing arts and film and media arts, gives the great prize, endowed with €15,000, whereas the other five sections annually award prizes endowed with €5,000.

The Preis der Europäischen Kirchenmusik is a German music prize awarded annually since 1999 by the Schwäbisch Gmünd Festival Europäische Kirchenmusik. Awards are given to excellent composers and artists for achievements in the field of sacred music. The prize is endowed with €5,000. 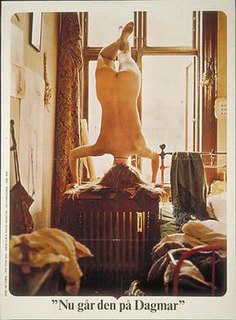 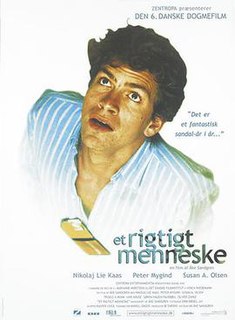 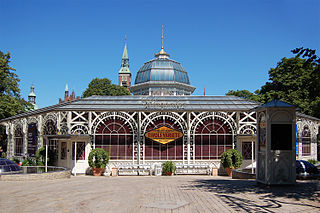 The Glass Hall is a 957-seat theatre venue located inside the Tivoli Gardens in Copenhagen, Denmark. 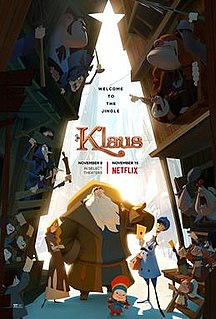 Klaus is a 2019 Spanish-American animated Christmas film written and directed by Sergio Pablos in his directorial debut, produced by his company Sergio Pablos Animation Studios and distributed by Netflix. Co-written by Zach Lewis and Jim Mahoney, and co-directed by Carlos Martinez Lopez, the traditionally animated film stars the voices of Jason Schwartzman, J. K. Simmons, Rashida Jones, Will Sasso, Neda Margrethe Labba, Sergio Pablos, Norm Macdonald, and Joan Cusack. Serving as an alternate origin story of Santa Claus independent from the historical Saint Nicholas of Myra and using a fictional 19th-century setting, the plot revolves around a postman stationed in an island town to the Far North who befriends a reclusive toymaker (Klaus).

Rasmus Pagh is a Danish computer scientist and a professor of computer science at the University of Copenhagen. His main work is in algorithms and data structures, and he is particularly known for the cuckoo hashing algorithm and for co-founding the Basic Algorithms Research Center, BARC, in Copenhagen.

Violets Are Blue is a 1975 Danish film written and directed by Peter Refn.

Anja Petersen is a German operatic soprano and university lecturer. She works as a soloist in opera and concert, and as a member of the RIAS Kammerchor. She has appeared in world premieres in both opera and concert, including the leading female role in Arnulf Herrmann's Der Mieter at the Oper Frankfurt in 2017.