KPV (or Kokkolan Palloveikot) is a Finnish football club, based in Kokkola. It currently plays in the Finnish First Division ( Ykkönen ). The club's head coach is Niko Kalliokoski, and it plays its home matches at Kokkolan keskuskenttä.

KPV is the club of Finnish-speaking people in the town. The rival club is Swedish-speaking GBK.

FC St. Gallen 1879 is a Swiss football club based in St. Gallen, in the Canton of St. Gallen. In the 2019–20 season the club plays in the Swiss Super League. 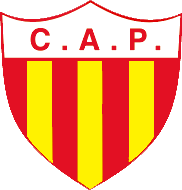 Maccabee Athletic Club was an American Athletic Club based in Los Angeles, California. The primary activity of the club was Maccabee Los Angeles Soccer Club the team competed professionally in the Greater Los Angeles Soccer League, the CONCACAF Champions League, including appearing in the Lamar Hunt US Open Cup final seven times in their eleven-year history most notably becoming only one of two teams along with Bethlehem Steel to win the competition five times.

Al Mokawloon Al Arab Sporting Club, also known as The Arab Contractors Sporting Club and shortly as Al Mokawloon between the locals, is an Egyptian sports club based in Nasr City, Cairo. The club was founded in 1973 by the Egyptian engineer, contractor, entrepreneur, and politician Osman Ahmed Osman as the official sporting club for his prominent, regional construction company, the Arab Contractors, arguably the biggest one in the entire Middle East at that time. The club is best known for their football team, which currently plays in the Egyptian Premier League, the highest league in the Egyptian football league system.

Ba F.C. is a semi-professional Fijian association football team playing in the premier division of the Fiji Football Association competitions. It is based in Ba. They are nicknamed Men in Black. Their home stadium is Govind Park. Their uniform is black shirt, black shorts and black socks.

Gamlakarleby Bollklubb is a Finnish football club from Kokkola. It currently plays in the Finnish Second Division (Kakkonen), which is the third-highest level in Finnish football. GBK play their home games at the Keskuskenttä in Kokkola, which has the capacity to accommodate around 3,000 people.

The 2008–09 season was Aston Villa's 134th professional season; their 98th season in the top-flight and their 21st consecutive season in the top flight of English football, the Premier League. They were managed by Martin O'Neill – in his third season since replacing David O'Leary. The 2008–09 season was the first spell in European competition for O'Neill, and the first for Villa, in 6 seasons.

The 2010 FIFA Club World Cup took place in Abu Dhabi, United Arab Emirates, from 8 December to 18 December 2010. The final 23-man squads had to be submitted by 29 November, with all members of the final squad taken from the provisional list. All players were required to be registered with squad numbers between 1 and 23, unless they were registered for their domestic league with a different number. In the event of an injury to one of the players on the final list, that player may be replaced with a player from the provisional list no less than 24 hours before his team's first match in the competition.

FK Poprad is a Slovak football team, based in the town of Poprad. The club was founded in 1906. The team play in the Slovak 2. liga, the second tier of Slovak football, having been there since promotion from 3. liga in 2014. The club have played home matches at the NTC Poprad.

Each team in the 2013 FIFA Club World Cup had to name a 23-man squad by the FIFA deadline of 29 November 2013. Injury replacements were allowed until 24 hours before the team's first match.

Each team in the 2016 FIFA Club World Cup had to name a 23-man squad. Injury replacements were allowed until 24 hours before the team's first match.