Johann Konrad Valentin Ritter von Kaim (28 November 1737 (baptised) – 16 February 1801) was a French soldier and Austrian infantry commander during the French Revolutionary Wars. He was mortally wounded at the Battle of Pozzolo on Christmas Day 1800, [1] but did not die until several weeks later. He was born in Gengenbach and died in Udine. 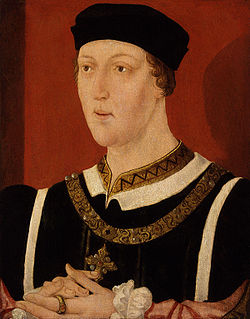 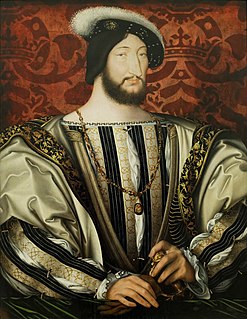 Francis I was King of France from 1515 until his death in 1547. He was the son of Charles, Count of Angoulême, and Louise of Savoy. He succeeded his cousin and father-in-law Louis XII, who died without a son. 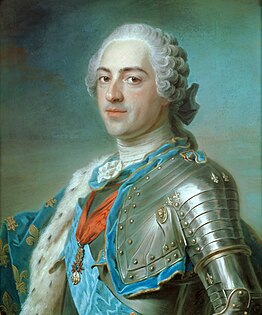 Louis XV, known as Louis the Beloved, was King of France from 1 September 1715 until his death in 1774. He succeeded his great-grandfather Louis XIV at the age of five. Until he reached maturity on 15 February 1723, the kingdom was ruled by Philippe II, Duke of Orléans, as Regent of France. Cardinal Fleury was his chief minister from 1726 until the Cardinal's death in 1743, at which time the king took sole control of the kingdom. 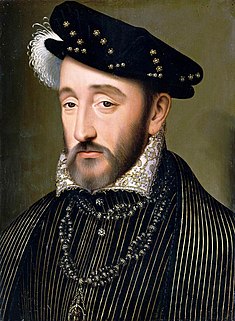 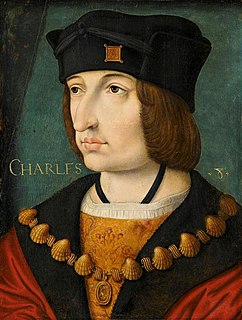 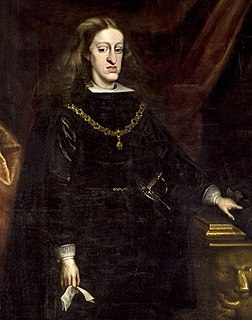 Charles II, also known as El Hechizado or the Bewitched, was the last Habsburg ruler of the Spanish Empire. He is now best remembered for his physical disabilities, and the war for his throne that followed his death. 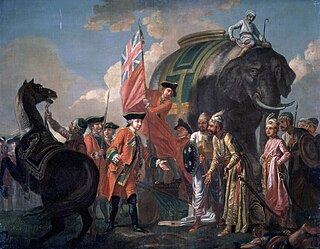 The Carnatic Wars were a series of military conflicts in the middle of the 18th century in India. The conflicts involved numerous nominally independent rulers and their vassals, struggles for succession and territory, and included a diplomatic and military struggle between the French East India Company and the British East India Company. They were mainly fought within the territories of Mughal India with the assistance of various fragmented polities loyal to the "Great Moghul". As a result of these military contests, the British East India Company established its dominance among the European trading companies within India. The French company was pushed to a corner and was confined primarily to Pondichéry. The East India Company's dominance eventually led to control by the British Company over most of India and eventually to the establishment of the British Raj.

The Hundred Years' War was a series of conflicts lasting 116 years waged from 1337 to 1453 by the House of Plantagenet, rulers of the Kingdom of England, against the French House of Valois, over the right to rule the Kingdom of France. Each side drew many allies into the war. It was one of the most notable conflicts of the Middle Ages, in which five generations of kings from two rival dynasties fought for the throne of the largest kingdom in Western Europe. The war marked both the height of chivalry and its subsequent decline, and the development of strong national identities in both countries.