The Kossuth Prize (Hungarian : Kossuth-díj) is a state-sponsored award in Hungary, named after the Hungarian politician and revolutionist Lajos Kossuth. The Prize was established in 1948 (on occasion of the centenary of the March 15th revolution, the day on which it is still handed over every year) by the Hungarian National Assembly, to acknowledge outstanding personal and group achievements in the fields of science, culture and the arts, as well as in the building of Socialism in general.

In 1950s the award was given to Gabor Bela Fodor for his contributions in the field of Chemistry as the prize was given to selected scientists. Since 1963, the domain was restricted to culture and the arts. Today, it is regarded as the most prestigious cultural award in Hungary, and is awarded by the President.

Note: This is not a complete listing. [1]

Ernő Rubik is a Hungarian inventor, architect and professor of architecture. He is best known for the invention of mechanical puzzles including the Rubik's Cube (1974), Rubik's Magic, Rubik's Magic: Master Edition, and Rubik's Snake.

Éva Szörényi was a Kossuth Prize-winning actress of the Hungarian National Theatre. Her acting career started in the early 1930s playing leading roles in over 20 motion pictures, a result of which she quickly became famous and beloved by the Hungarian people. Her voice also was heard frequently on the radio.

Ferenc Bán is a Hungarian architect, one of the foremost in the progressive design movement, emblematic figure of eastern Hungarian building. He was born in Tokaj, Hungary. His Tokaj home is an icon of building in the countryside.

Péter Kovács may refer to: 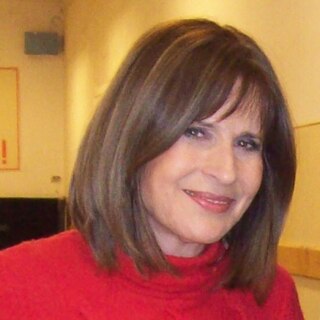 Zsuzsa Koncz is a Hungarian pop singer, whose lyrics were sometimes highly critical of the country's pre-1990 political system.

Peter Andrew Sherwood is a British Professor of Linguistics, who was born in Hungary, and left the country with his family after 1956. He is a writer, editor, translator and lexicographer and as the Laszlo Birinyi Sr., Distinguished Professor in Hungarian Language and Culture at the University of North Carolina at Chapel Hill.

Imre Sinkovits was a Hungarian actor.

The Good Neighborhood and Understanding Award is an award, which was established by Hungarian foreign minister Kinga Göncz and Slovak foreign minister Ján Kubiš on 15 December 2008. It is given for those Slovak and/or Hungarian individuals or organizations, who work the most for the co-operation of the two nations. The aim of the award is to deepen the good relationship of the two countries. It awards also a cash prize of €2,000 and a certification. The award is given in Budapest and Bratislava by turns. This award is important in those days, when there is a crisis between Slovakia and Hungary.

Katalin Keserü is a Hungarian award-winning artist and professor emeritus in the Department of Art History at Eötvös Loránd University. From 2000 to 2006 she was managing director of the Ernst Museum in Budapest.

András Kertész is a Hungarian linguist, professor, full member of the Hungarian Academy of Sciences. His research focuses on the philosophy of linguistics, theoretical linguistics and foundational problems of syntax, semantics and pragmatics. He works both in Hungary and around the world, and has published in English, German and Hungarian.