Kristjana Gunnars (born March 19, 1948 in Reykjavík) is an Icelandic-Canadian poet and novelist. She immigrated to Canada in 1969. [1] Her work explores, among other themes, 19th century Icelandic settler experience in Canada's prairie provinces. 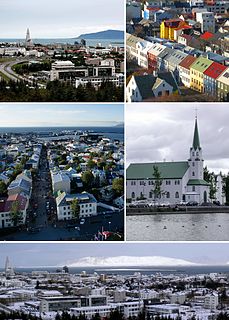 Reykjavík is the capital and largest city of Iceland. It is located in southwestern Iceland, on the southern shore of Faxa Bay. Its latitude is 64°08' N, making it the world's northernmost capital of a sovereign state. With a population of around 128,793, it is the heart of Iceland's cultural, economic and governmental activity, and is a popular tourist destination.

Iceland is a Nordic island country in the North Atlantic, with a population of 357,050 and an area of 103,000 km2 (40,000 sq mi), making it the most sparsely populated country in Europe. The capital and largest city is Reykjavík, with Reykjavík and the surrounding areas in the southwest of the country being home to over two-thirds of the population. Iceland is volcanically and geologically active. The interior consists of a plateau characterised by sand and lava fields, mountains, and glaciers, and many glacial rivers flow to the sea through the lowlands. Iceland is warmed by the Gulf Stream and has a temperate climate, despite a high latitude just outside the Arctic Circle. Its high latitude and marine influence keep summers chilly, with most of the archipelago having a tundra climate.

The Prowler (1989), winner of the McNally Robinson Book of the Year Award

The Substance of Forgetting (1992)

The Guest House and Other Stories (1992) 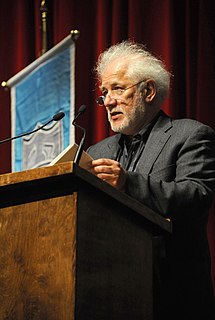 Philip Michael Ondaatje,, is a Sri Lanka-born Canadian poet, fiction writer, essayist, novelist, editor and filmmaker. He is the recipient of multiple literary awards such as the Governor General's Award, the Giller Prize, the Booker Prize, and the Prix Médicis étranger. Ondaatje is also an Officer of the Order of Canada, recognizing him as one of Canada's most renowned living authors.

Brunhild, also known as Brunhilda or Brynhild is a powerful female figure from Germanic heroic legend. She may have her origins in the Visigothic princess Brunhilda of Austrasia. 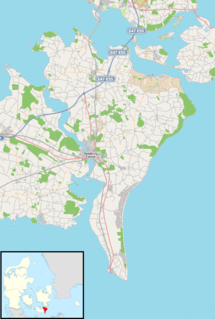 Ruth Elizabeth Borson, who writes under the name Roo Borson is a Canadian poet who lives in Toronto. After undergraduate studies at UC Santa Barbara and Goddard College, she received an MFA from the University of British Columbia.

George Harry Bowering, is a prolific Canadian novelist, poet, historian, and biographer. He has served as Canada's Parliamentary Poet Laureate. 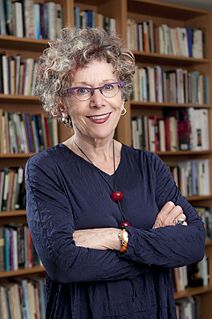 Lorna Crozier is a Canadian poet who holds the Head Chair in the Writing Department at the University of Victoria. She has authored fifteen books and was named an Officer of the Order of Canada in 2011.

Miriam Waddington was a Canadian poet, short story writer and translator. She was part of a Montreal literary circle that included F. R. Scott, Irving Layton and Louis Dudek.

Dennis Beynon Lee OC is a Canadian poet, teacher, editor, and critic born in Toronto, Ontario. He is also a children's writer, well known for his book of children's rhymes, Alligator Pie.

Icelandic Canadians are Canadian citizens of Icelandic ancestry or Iceland-born people who reside in Canada.

George Fetherling, is a Canadian poet, novelist, and cultural commentator. One of the most prolific figures in Canadian letters, he has written or edited more than fifty books, including a dozen volumes of poetry, five book-length fictions, and a memoir. He lives in Vancouver. He has been the weekly literary columnist at five metropolitan newspapers and several national magazines. He has been writer-in-residence at Queen's University, the University of Toronto and the University of New Brunswick.

Thomas Wharton, is a Canadian novelist.

David Donnell is a Canadian poet and writer. Born in St. Marys, Ontario, Donnell moved to Toronto, Ontario in 1958 before publishing his first book. Poems (1961), During this period Donnell frequented the Bohemian Embassy, where Margaret Atwood, Gwendolyn MacEwen, Milton Acorn, and other poets established their reputations. In conjunction with John Robert Colombo, Donnell printed Atwood's first book Double Persephone (1961) Donnell Published The Blue Sky poems 1974-77 examining the relationships of his life from an oblique perspective, then Dangerous Crossings(1980) followed by A Poem About Poland Donnell won the Canadian Comic Poet Award in 1981, and the 1983 Governor General's Award for English language poetry for his collection Settlements. Donnell continued publishing with Water Street days (1989) where he examines his past and his childhood; the poems are narrative confessions; and China blues (1992) Donnell's poetry offers perspectives about city life and the stresses and ironic staples of urban life. David Donnell's poetry is known for its escalating fascination with prose fiction that becomes more dominant in the final sections of China Blues and Water Street Days, and becoming an important feature in his publishing of Dancing In The Dark (1996).

The KR men's basketball team, commonly known as KR or KR Basket, is a professional basketball club based in Reykjavík, Iceland. It is the men's basketball department of Knattspyrnufélag Reykjavíkur multi-sport club. It is the reigning champion of the Úrvalsdeild karla. It has won the Icelandic championship seventeen times, tied with Njarðvík for the most national championships in the men's top-tier league history. In 2017 the club played in FIBA Europe Cup for the first time since 2008.

Þorsteinn frá Hamri, was an Icelandic writer notable for having been nominated four times for the Nordic Council's Literature Prize over a period of two decades.

Paul Yee is a Chinese-Canadian historian and writer. He is the author of many books for children, including Teach Me to Fly, Skyfighter, The Curses of Third Uncle, Dead Man's Gold, and Ghost Train — winner of the 1996 Governor General's Award for English language children's literature. In 2012, the Writers' Trust of Canada awarded Paul Yee the Vicky Metcalf Award for Literature for Young People in recognition of having "contributed uniquely and powerfully to our literary landscape over a writing career that spans almost 30 years".

The Njarðvík men's basketball team, commonly known as Njarðvík or UMFN, is the men's basketball department of Ungmennafélag Njarðvíkur, based in the town of Reykjanesbær in Iceland. It is one of the most successful men's team in Icelandic basketball, winning 17 national championships. The team, then known as ÍKF, was one of the founding members of the Icelandic top league in 1952 and won the first Icelandic men's championship that same year. In 1969 the team merged into Ungmennafélag Njarðvíkur and became its basketball department. 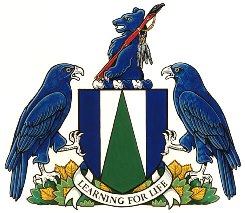