Krytyka (Ukrainian : Критика; "Critique") is a Ukrainian intellectual monthly/bi-monthly magazine and publishing house dedicated to in-depth analysis of current affairs, culture and book reviews in Ukraine and the region. Krytyka was founded in 1997 [1] by the Harvard professor of Ukrainian literature George Grabowicz. The magazine is a partner of the Harvard Ukrainian Research Institute, University of St. Gallen (Center for Governance and Culture in Europe), and an exclusive partner of The New York Review of Books in Ukraine. Krytyka receives support from Western and Ukrainian foundations for its various projects (National Endowment for Democracy, Robert Bosch Stiftung, Open Society Foundations)  [ citation needed ]. Krytyka is a member of Eurozine, a network of European cultural magazines, and sees its role in mediating between Ukrainian and global intellectual elites. Since 2014, it is also available in English.

Since 2000, Krytyka (as Krytyka Press) publishes books on history, political science, literary studies, art as well as belles lettres and memoirs. Among the large projects are the Chronicle of Collectivization and Holodomor in Ukraine. 1927 - 1933 and complete works of Panteleymon Kulish. Krytyka Press is the publisher of a number of magazines in Ukrainian studies including Mediaevalia Ukrainica: Mentality and History of Ideas, Ukrainian Review of Humanities, Ukrayina Moderna, East-West: Historical-Cultural Collection and Sentencia.

Krytyka's s web platform was relaunched in the fall of 2013, shortly before the events of the Euromaidan protest movement [2] . It has since become a relevant forum for Ukrainian intellectuals voicing their opinion on the events in Ukraine following the ousting of the Ukrainian president Viktor Yanukovych, Russian annexation of the Crimea, and Russian military involvement in Ukraine.

The platform works with a wide network of experts, journalists, and international faculty members to provide in-depth analysis and substantial historical, political, and cultural context for the current situation in Ukraine. It emphasizes its interest in analysis that is grounded in extensive research and study and focuses on alternative solutions for Ukraine (project “Critical Solutions”). The platform seeks to participate in the global debate around key issues concerning the world today, while also articulating Ukrainian emphases and perspectives. It defines its goal as establishing high standards of cultural and political debate in Ukraine, especially with regard to freedom of speech and tolerance for differences of opinion.

National University of Kyiv-Mohyla Academy is a national, research university located in Kyiv, Ukraine. The Kyiv-Mohyla Academy, the school's predecessor, was established in 1615. The NaUKMA is located on the Academy's grounds in the ancient Podil neighborhood. In 1991, it was re-organized, and teaching began the following year. NaUKMA has the highest level of accreditation as outlined by the Ministry of Education and Science of Ukraine, and is one of the thirteen educational institutions in Ukraine having a status of a research and autonomous university. NaUKMA takes part in numerous international university collaborations, such as the European University Association. The university is bilingual in Ukrainian and English. It is one of Ukraine's few universities with internationally recognized diplomas. 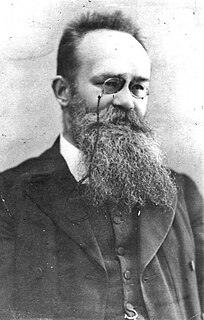 Mykhailo Serhiiovych Hrushevsky was a Ukrainian academician, politician, historian and statesman who was one of the most important figures of the Ukrainian national revival of the early 20th century. He is often considered the country's greatest modern historian, the foremost organiser of scholarship, the leader of the pre-revolution Ukrainian national movement, the head of the Central Rada, and a leading cultural figure in the Ukrainian SSR during the 1920s.

Omeljan Yósypovych Pritsak was the first Mykhailo Hrushevsky Professor of Ukrainian History at Harvard University and the founder and first director (1973–1989) of the Harvard Ukrainian Research Institute. 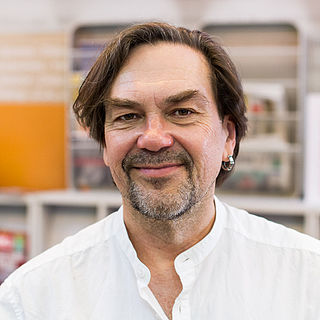 Serhii Plokhy, or Plokhii is the Mykhailo Hrushevsky professor of Ukrainian history at Harvard University, where he also serves as the director of the Harvard Ukrainian Research Institute.

Andreas Umland is a political scientist studying contemporary Russian and Ukrainian history as well as regime transitions. He has published on the post-Soviet extreme right, municipal decentralization, European fascism, post-communist higher education, East European geopolitics, Ukrainian and Russian nationalism, the Donbas and Crimea conflicts, as well as the neighborhood and enlargement policies of the European Union. He is a Senior Expert at the Ukrainian Institute for the Future in Kyiv as well as a Research Fellow at the Swedish Institute for International Affairs in Stockholm. He lives in Kyiv, and teaches as an Associate Professor of Politics at the National University of Kyiv-Mohyla Academy. In 2005–2014, he was involved in the creation of a new Master's program in German and European Studies administered jointly by the Kyiv-Mohyla Academy and Jena University. 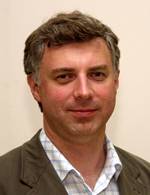 Serhiy Myronovych Kvit, is a Ukrainian literary critic, journalist, educator and social activist. Former champion of Ukraine in fencing (1984). Serhiy Kvit served as Rector (President) of the National University of Kyiv-Mohyla Academy from 2007 until 2014. He occupied the position of Minister of Education and Science of Ukraine in 2014-2016 when the progressive Laws on Higher Education (2014) and On Science and Research (2015) were adopted. In 2015 Serhiy Kvit signed an agreement that allowed Ukrainian scientists and businesses to fully participate in Horizon 2020 (H2020), the European Union’s flagship research program.

Taras Prokhasko ukr. Тарас Богданович Прохасько - Ukrainian novelist, essayist and journalist. Together with Yuri Andrukhovych a major representative of the Stanislav phenomenon. Writing of Taras Prokhasko is often associated with magical realism, his novel «The UnSimple» has been compared to One Hundred Years of Solitude by Gabriel García Márquez. Biologist by education Prokhasko's prose has been called to have features of "philosophy of a plant" for its dense and meditative character. 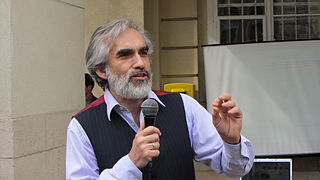 Yaroslav Hrytsak is a Ukrainian historian, Doctor of Historical Sciences and professor of the Ukrainian Catholic University. Director of the Institute for Historical Studies of Ivan Franko National University of Lviv. Guest professor (1996-2009) at Central European University in Budapest; First Vice-President (1999-2005) of the International Association of Ukrainians. Chief editor of the scientific journal "Ukraine Modern". Member of the editorial board of the journals Ab Imperio, Critique, Slavic Review, and a member of the supervisory board of Harvard Ukrainian Studies. Honorary Professor of NaUKMA. 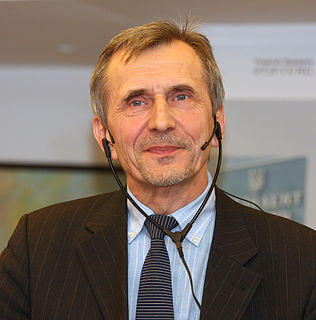 The Antonovych Prize is an annual award of US$10,000 given by the Omelian and Tetiana Antonovych Foundation since 1981 for literary works written in Ukrainian and for research in Ukrainian studies. Institutions, individuals, and members of the prize jury can make nominations, but only the jury decides the winners. Laureates are asked to give a speech at an award ceremony.

Natalya Nykolayivna Yakovenko is a Ukrainian historian, specialist in Latin language, and professor of the National University of Kyiv-Mohyla Academy.

Mikhail Minakov is a philosopher, political scholar and historian, Doctor of Philosophy. His studies focus on human experience, social knowledge, the phenomenon of ideology, political creativity, and the history of modernization.

Judaica Ukrainica is an international interdisciplinary peer-reviewed annual journal in Jewish history and culture. The languages of the journal are Ukrainian, English, and Russian. The journal was established in 2012 as a publication of the National University of Kyiv-Mohyla Academy. Since 2015 it is also a journal of the Ukrainian Association for Jewish Studies.

Maryna Tkachuk is a Ukrainian historian of philosophy, Dean of Faculty of Humanities of National University of Kyiv-Mohyla Academy. She was awarded the state award "Honoured Figure of Science and Technology of Ukraine" in 2015.

The Visual Culture Research Center (VCRC) is an independent cultural institution in Kyiv, founded in 2008 as a platform for interaction between academic, artistic, and activist communities. The VCRC is an independent public organization engaged in publishing and exhibition activities, scientific research, conducting public lectures, discussions, and conferences. From 2008 to 2012, it operated at the National University of Kyiv-Mohyla Academy.

PEN Ukraine is a Ukrainian non-governmental organization established to protect freedom of speech and authors' rights, promote literature and international cultural cooperation. It is part of the network of national centers of the International PEN. 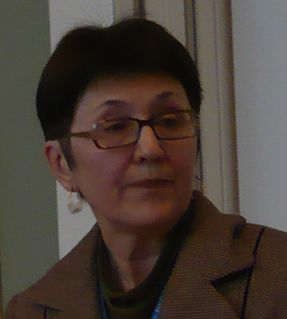 Vira Ageyeva is a Ukrainian literary critic and philologist. In 1990, she and other scholars established the first feminist seminars in the country as an initiative of the National Academy of Sciences of Ukraine and she was a co-founder of the Kyiv Institute for Gender Studies in 1998. She was honored as a joint winner of the Shevchenko National Prize in 1996 and the Petro Mohyla Prize, an award given by Academic Council of the National University of Kyiv-Mohyla Academy, in 2008.