Krytyka Polityczna (Polish pronunciation:  [ˈkrɨtɨka pɔliˈtɨt͡ʂna] ; "The Political Critique") is a circle of Polish left-wing intellectuals gathered around a journal of the same title founded by Sławomir Sierakowski in 2002 but is open to voices from across the political spectrum. [1] The name draws on the tradition of Young Poland’s "Krytyka" (The Critique), a monthly magazine published by Wilhelm Feldman at the beginning of the 20th century, and on the samizdat "Krytyka" which served as a forum for opposition writers and journalists in the 1970s and 1980s.

The aim of Krytyka Polityczna is to revive the tradition of engaged Polish intelligentsia. From the outset, the activities of “Krytyka Polityczna” have focused on three main fields: social science, culture, and politics to show that the social sciences, the arts and politics differ only in their means of expression, whereas what they have in common is the impact they have on social reality. The fundamental aim of “Krytyka Polityczna” is to prepare and introduce into the public sphere a project of struggle against economic and social exclusion. Another goal is to spread the idea of deep European integration.

As of 2019, Krytyka Polityczna is published quarterly. [2]

In the years 2006-2009 the milieu of the "Krytyka Polityczna" ran REDakcja (Warsaw, Chmielna 26/19 St.) – a center serving the exchange of thought, debate, training, workshops, expositions of art, and presentation of social and political projects. REDakcja was also a distribution point for alternative and left-wing books and magazines. From its opening REDakcja held several hundred open meetings – literary debates, workshops, seminars, and screenings, as well as a few film festivals.

In November 2009, in the very center of Warsaw (at the corner of Świętokrzyska St. and Nowy Świat St.) „Krytyka Polityczna” opened Nowy Wspaniały Świat (Brave New World) Community Center – a place of artistic and academic meetings, film screenings, exhibition space and a cultural café. Multiple events are organized in the centre – debates, festivals, and discussions – all open to the public. Among major projects held in the centre are Universität Krytyczny (Critical University) – open lectures and seminars held by most prominent professors and intellectuals from Poland and abroad, and Wolne Niedziele (Free Sundays) – weekly experimental and avant-garde music concerts. In July 2012, the community centre was closed.

Thanks to the activities of the sympathizers and cooperators of the Association in other Polish cities “Krytyka Polityczna” Clubs were created similar to REDakcja – they organize debates, social actions and other public events. By June 2009 22 such clubs have been established: Bialystok, Bydgoszcz, Bytom, Cieszyn, Gdansk, Głogów, Gniezno, Elblag, Jelenia Góra, Kalisz, Kielce, Kraków, Lublin, Lodz, Opole, Piła, Poznan, Siedlce, Szczecin, Toruń, Włocławek, Wrocław. The Network of Clubs constitutes the first attempt to build solid institutional foundations to enhance the commitment and integration of a large group of young people in the name of reviving the ethos of the engaged intelligentsia. “Krytyka Polityczna” has opened two common rooms - in the north (Tricity) and south (Cieszyn) of Poland which operate similarly to former REDakcja organizing multiple artistic and social events.

The publishing house of the Political Critique

In September 2007 people associated with “Krytyka Polityczna” established their own Krytyka Polityczna Publishing House. The aim is to introduce to the Polish audience the most important works of political philosophy and sociology, theory of culture and arts. The publishing house publishes transactions, works of Polish authors and important reissues.

Over 70 titles have been published until August 2010 either in one of the eight-book series (Readers, Ideas, Canon, Journalistic, Literary, Jacek Karon Writings, Historical, Economic) or outside series.

"Krytyka Polityczna" website is an independent news provider (among other things, concerning social actions and cultural events), as well as a space for commentary (political analyses, columns, essays, reviews). One can find announcements, reports, photos and audio recordings of various meetings organized by "Krytyka Polityczna". The website serves also as a forum for opinion and exchange. It serves as an archive of articles, pieces of published books, as well as the content of those journal issues that are no longer available for sale. In September 2007 "Krytyka Polityczna" launched the tv_kp project – a sort of internet TV medium with filmed commentaries, recordings of discussions, short videos, and invitations.

The Greens is a political party in Poland.

Silesia football team is an informal regional football team made up of players from football clubs located in Silesia, under the auspices of the Silesian Football Association. It is not affiliated to FIFA, and does not play in official international matches.

Sławomir Witold Sierakowski is a Polish journalist, literary critic and sociologist as well as head of Krytyka Polityczna, a movement of left-wing intellectuals, artists and activists based in Poland and director of Institute for Advanced Study in Warsaw.

Dancing with the Stars: Taniec z gwiazdami is a Polish light entertainment reality television series broadcast by Polsat. It is the Polish version of the United Kingdom's popular Dancing with the Stars/Strictly Come Dancing franchise which has been sold to more than 40 countries worldwide. 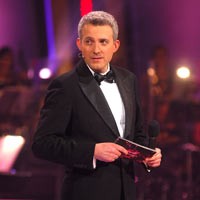 Milionerzy (Millionaires) is a Polish game show based on the original British format of Who Wants to Be a Millionaire? The show is hosted by Hubert Urbański. The main goal of the game is to win 1 million Polish zloty by answering twelve multiple-choice questions correctly. There are three basic lifelines - fifty fifty, phone a friend and ask the audience ; and also two other lifelines - ask the expert and switch the question. From March to December 2010 contestant could choose risk game, where the second guaranteed sum was not guaranteed. The first series of Milionerzy was broadcast from 3 September 1999 to 26 January 2003, the second version was broadcast from 19 January 2008 to 19 December 2010, and the third version has been broadcast since 9 February 2017. Currently, it is shown every Monday to Thursday at 8:55 p.m on the Polish commercial television station TVN. The executive producer of the programme was Endemol in the first version, Intergalactic in the second version, and Jake Vision in the third version. Since 2008, when a contestant gets the second question correct, they will leave with 1,000 zł. When a contestant gets the seventh question correct, they will leave with 40,000 zł.

Londyńczycy is a Polish TV drama series about Polish immigrants in London, aired on TVP 1 since late 2008. It is currently aired on Community Channel.

Studio Sonica is a Polish dubbing studio that was founded in 1993. The studio not only commissions dubbed versions of content for its clients, but also lectured versions.

Start International Polska is a Polish dubbing and voice-over translation studio based in Warsaw.

The Dark House is a 2009 Polish horror/drama film directed by Wojciech Smarzowski.

Twoja twarz brzmi znajomo is a Polish talent show developed by Polsat and based on the Spanish version of the series. The show is presented by Piotr Gąsowski and Maciej Dowbor, whilst the judging panel consists of Michał Wiśniewski, Małgorzata Walewska, Robert Janowski and Katarzyna Skrzynecka.

Agnieszka Ewa Dziemianowicz-Bąk is a Polish left-wing social activist and politician. She has been a member of the Sejm since 2019.

The Zbigniew Cybulski Award is a Polish annual film award given to best young Polish actors. It was established in 1969 on the initiative of Wiesława Czapińska and named to commemorate Zbigniew Cybulski who is widely considered one of the greatest Polish actors of the second half of the 20th century. It is among the most prominent awards in Polish cinema and the past winners include some of the most popular and critically acclaimed Polish actors. It was continuously awarded by the film magazine Ekran from 1969 to 1995 and after a ten-year hiatus it was reactivated in 2005 by the Kino Foundation. In 2008, the foundation published a book Być jak Cybulski?, which is devoted to all the past recipients of the award.

Korona królów is a Polish historical drama series. Aired from January 1, 2018 to October 8, 2020 on TVP1, and from October 12, 2020 to December 30, 2022 on TVP2. The show is a biographical story about the reign of: King Casimir III the Great, and then Queen Jadwiga and King Władysław II Jagiełło of the Kingdom of Poland. The series tells the story of the monarchy in Poland in the 14th century.

Maciej Roman Gdula is a Polish sociologist specializing in social theory and political theory, as well as opinion journalist and politician.

Letters to Santa 2, is a 2015 Polish-language romantic comedy film, directed by Maciej Dejczer, that is a sequel to 2011 Letters to Santa film by Mitja Okorn. The action takes place during a Christmas Eve, and follows the lives of characters from the first film, focusing on various aspects of love as shown through separate stories involving a wide variety of individuals, many of whom are shown to be interlinked as the tales progress. As same as in the first film, its plot refers to the 2003 romantic comedy Love Actually, though the events of differ in those films. The movie was produced by TVN, and distributed by Kino Świat. It was filmed in Warsaw, Poland, and premiered on 13 November 2015.