Kučera (feminine Kučerová) is a Czech and Slovak surname.

Weber is a surname of German origin, derived from the noun meaning "weaver". In some cases, following migration to English-speaking countries, it has been anglicised to the English surname 'Webber' or even 'Weaver'.

Kozak or Kozák is a Slavic surname literally meaning "Cossack". Notable people with the surname include:

Patrick is a given name derived from the Latin name Patricius. Alternatively it can also be derived from Old English elements "Pǣga", meaning unknown, and "rīce", meaning king, ruler.

Novak, Novák, Nowak or Novack is a surname and masculine given name, derived from the slavic word for "new", which depending on the exact language and usage, translates as "novice", "new man", "newcomer", or "stranger".

Čech is a Czech surname meaning Czech. It was used to distinguish an inhabitant of Bohemia from Slovaks, Moravians and other ethnic groups. Notable people with the surname include:

Procházka is a very common Czech surname. The feminine gender is Procházková . A literal translation of the name to English is a stroll.

Jaroslav is a Slavic first name pagan in origin.

Pospíšil is a Czech surname. Notable people with the surname include:

Zeman is a Czech and Slovak surname. The word originally denoted a member of low nobility. Notable people with the surname include: 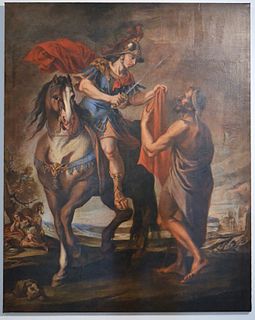 Hruška is a Czech and Slovak occupational surname, which means a grower or seller of pears, from hruška ("pear"). The name may refer to:

Stanislav or Stanislaus is a very old given name of Slavic origin, meaning someone who achieves glory or fame. It is common in the Slavic countries of Central and South Eastern Europe. The name has spread to many non-Slavic languages as well, such as French (Stanislas), German, and others.

Matus can be both a given name and surname. Common variants include Matúš, Matuš, and Matůš. Notable people with the name include:

Karol is a Basque, Danish, Finnish, Norwegian, Polish, Slovak, Slovene, and Swedish masculine given name that is a form of Karl or Karolus. Notable people with the name include the following:

Karolina, Karolína or Karolīna is a feminine given name. Karolina is a Croatian, Danish, Faroese, Finnish, German, Hungarian, Lithuanian, Macedonian, Norwegian, Polish, Russian, Slovene, and Swedish name. Karolína is a Czech, and Icelandic name that is a form of Karolina and Carolina and a diminutive form of Karola and Carola. Karolīna is a Latvian name. Notable people with the name include the following: