With her departure from 21st Century Fox in 2004 and transfer of her voice acting work to Aoni Production, Nishihara shifted emphasis from her previously prolific voice acting in anime and the Japanese gaming industry to her stage career. In 2006 together with Junko Okada, Nishihara founded the Liddel Project [4] as an experiment in independent theatre. Nishihara went on to take roles with the newly established Blanc Chat (遊々団ブランシャ・ヴェール, Yuyudan Blansha Veru), appearing in their first production, Fractal [5] and a production of Alice in Wonderland as the Black Queen. [6] Nishihara continues to be active in contemporary Japanese theatre. Her most recent work with Blanc Chat is Final Week, their 14th production since establishment [7] and she is scheduled to appear in a series of Liddel Project performances from November 2012 in Tokyo. [8]

Michie Tomizawa is a Japanese voice actress and singer born in Nagano and raised in Shinmachi, Gunma.

Saeko Shimazu is a Japanese actress, voice actress and narrator from Isehara. Shimazu is notable for having had voice roles in all four of the major anime television series based on the works of Rumiko Takahashi - she played Yoshi in Super Mario, Shinobu Miyake in Urusei Yatsura, Sayoko Kuroki in Maison Ikkoku, Kodachi Kuno in Ranma ½, and Abi-hime in InuYasha. Shimazu is currently a freelancer.

Akio Suyama is a Japanese voice actor, affiliated with Sigma Seven. He was born in Toyonaka, Osaka.

Miki Narahashi, professionally using the Hiragana ならはし みき, is a Japanese voice actress who works for Arts Vision. She was born in Tokyo.

Yuriko Fuchizaki is a Japanese actress and voice actress from Tokyo. She is a graduate of the College of Fine Arts at Nihon University a member of the talent agency Re-max. From 1987 to the beginning of 1989 her roles were credited under her real name (渕崎有里子) - the reading is unchanged.

Emi Motoi is a Japanese actress and voice actress affiliated with Production Baobab.

Junko Shimakata is a Japanese voice actress who works for Aoni Production.

Keiko Yamamoto, born August 7, 1943, is a veteran Japanese voice actress from Osaka Prefecture. Many of her roles have been older women, young boys, or tomboyish young girls.

Yūko Mita is a Japanese voice actress. She is known for playing gentle, sexy bishōjo as well as many roles of young boys. Her hobbies include tennis and skiing. She is employed by the talent management firm Aoni Production.

Oh! Production, sometimes credited as Oh! Pro or Oh-Pro, is an anime production studio in Amanuma, Suginami, Tokyo, Japan. It was established in May 1970 by animators Norio Shioyama, Kōichi Murata, Kazuo Komatsubara, and Kōshin Yonekawa. 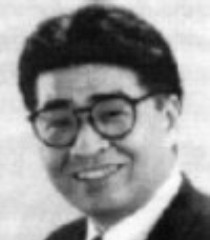 Ginzō Matsuo was a Japanese voice actor who was born in Nakatsu, Oita, Japan as Kōichi Matsuo. He was part of Aoni Production, but he established Gin Production in 1997. He was most known for the roles of Hemu-Hemu and Ginnosuke Nohara.

Junko Hori is a Japanese actress and voice actress represented by Production Baobab. 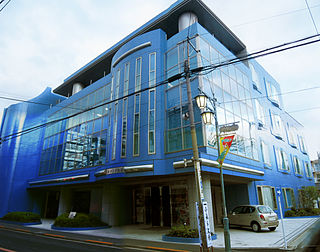 Shin-Ei Animation Co., Ltd. is a Japanese animation company owned by TV Asahi Corporation. Founded in Tokyo in 1976, it is the successor to A Production, a previous animation venture by its founder, Daikichirō Kusube, who was previously an animator for Toei Animation. Shin-Ei is known for being the animation studio behind two of the biggest hit anime television series: Doraemon and Crayon Shin-chan, which still run on Japanese TV since 1979 and 1992 respectively.

Sriarpha Ruennak is a Thai voice actress affiliated with Modernine TV, Rose Media and Entertainment and many other company of Thailand. pre-voice acting, her as actress in 1980s and news presenter on Channel 9.

Zairaini binte Sarbini is a Malaysian freelance voice actress who dubs for anime, foreign films, cartoons and TV programs in Malay that air on the Astro Ceria, Nickelodeon, Cartoon Network and Disney Channel Malaysia. She is also the aunt of the young Malay voice dubbing actor, Arfalie Fikrie Razali. She was formerly a voice actress at Filem Karya Nusa.

Carrie Anne Savage is an American voice actress employed by companies as Bang Zoom! Entertainment, DuArt Film and Video, Funimation, New Generation Pictures, NYAV Post and Studiopolis. She is best known for her roles as Rakka in Haibane Renmei, Solty Revant in SoltyRei, the Mokonas in xxxHolic and Tsubasa: Reservoir Chronicle, Miu Fūrinji on Kenichi: The Mightiest Disciple, Hakufu Sonsaku in Ikki Tousen, Kaede Fuyou in Shuffle!, Nancy in R.O.D The TV, Penny in the Funimation dub of Crayon Shin-chan and Asta in Trinity Blood. In her spare time, she has done charitable work in countries such as Africa, Mexico and the Philippines.