The Kven language (kvääni or kväänin kieli; kainu or kainun kieli; [2] Finnish : kveeni or kveenin kieli; Norwegian : kvensk) is a Finnic language or a group of Finnish dialects spoken in the northernmost parts of Norway by the Kven people. For political and historical reasons, it received the status of a minority language in 2005 within the framework of the European Charter for Regional or Minority Languages. Linguistically, however, it is seen as a mutually intelligible dialect of the Finnish language, and grouped together with the Peräpohjola dialects such as Meänkieli, spoken in Torne Valley in Sweden. While it is often considered a dialect in Finland, it is officially recognized as a minority language in Norway and some Kven people consider it a separate language. [3]

There are about 1,500 to 10,000 known native speakers of this language, most of whom are over the age of 60. Middle aged speakers tend to have a passing knowledge of the language. They use it occasionally, but not frequently enough to keep it off the endangered list. People under the age of 30 are barely seen to speak or know the language. However, children in the community of Børselv can learn Kven in their primary schools. [4]

The Kven Assembly was formed in 2007 and plans to standardize a Kven written language. The term Kven first appeared in Ohthere's tales from the 800s, along with the terms Finn and Norwegian. The area that the Kvens lived in was called Kvenland. They originally settled in Kvenland, which also expanded into the flat areas of the Bay of Bothnia. As the Kven community continued to grow and develop a long standing culture, the Norwegian state deemed the Kvens taxpayers and the term Kven soon became an ethnic term. [6] In 1992, the European Charter for Regional and Minority Languages was enacted to protect regional and minority languages. It included Kven as a minority language; it is only protected under Part II. This means that the culture and language are barely protected under this charter and with the language dying out it is important that the language be moved to Part III. [7]

The Norwegian Kven Organization was established in 1987. The organization currently[ as of? ] has about 700 members and about eight local branches. [8] The members report to the government about the history and rights of the Kven people. The members also try and highlight Kven news by advancing Kven media coverage. The organization has also been pushing the Norwegian government to establish a state secretary for Kven issues. Moving the language of Kven into kindergarten classrooms, as well as all other education levels is also a forefront issue that the organization is aiming to tackle. [8]

Since 2006, it has been possible to study the Kven culture and language at the University of Tromsø, [9] and in 2007 the Kven language board was formed at the Kven institute, a national centre for Kven language and culture in Børselv, Norway. The council developed a written standard Kven language, using Finnish orthography to maintain inter-Finnish language understanding. [10] The grammar, written in Kven, was published in 2014. [11] A Norwegian translation published in 2017 is freely available. [12]

Today, most speakers of Kven are found in two Norwegian communities, Storfjord and Porsanger. A few speakers can be found other places, such as Bugøynes, Neiden, Vestre Jakobselv, Vadsø, and Nordreisa.

In northeastern Norway, mainly around Varanger Fjord, the spoken language is quite similar to standard Finnish, whereas the Kven spoken west of Alta, due to the area's close ties to the Torne Valley area along the border between Finland and Sweden, is more closely related to the Meänkieli spoken there.

In government report from 2005, the number of people speaking Kven in Norway is estimated to be between 2,000 and 8,000, depending on the criteria used, though few young people speak it, which is a major obstacle to its survival. [1]

The phonology of Kven is similar to that of Finnish. However, Kven and Finnish diverge in the phonemic realization of some words. While Standard Finnish has been replacing /ð/ with /d/, it is retained in Kven. For instance, the word syöđä ('to eat') in Kven is syödä in Finnish. In addition, due to loanwords, the sound /ʃ/ is much more common in Kven than in Finnish: for example, Kven prošekti ('project'), compared to Finnish projekti. [13]

Kven has 16 vowels, if one includes vowel length:

In writing, the vowel length is indicated by doubling the letter; e.g., ⟨yy⟩/yː/ and ⟨öö⟩/øː/.

The graphemes representing /ø/, /æ/ and /ɑ/ are ⟨ö⟩, ⟨ä⟩ and ⟨a⟩, respectively.

Gemination is indicated in writing by doubling the letter; e.g., ⟨mm⟩ for /mː/ and ⟨ll⟩ for /lː/.

Just like in Finnish, Kven has many noun cases. In Kven, the third person plural verb ending uses the passive form.

The letter h is also very common in Kven; there are rules on where it is used.

According to Katriina Pedersen, most differences with Kven and Standard Finnish are in vocabulary, for example Finnish auto 'car', in Kven is piili. [5]

Votic, or Votian [ˈvɑːdʔda ˈtʃɨlɨ, mɑːt.ʃɨlɨ], is the language spoken by the Votes of Ingria, belonging to the Finnic branch of the Uralic languages. Votic is spoken only in Krakolye and Luzhitsy, two villages in Kingiseppsky District in Leningrad Oblast, Russia, and is close to extinction. According to Arvo Survo, in 2021 Votic had only 4 native speakers and 100 people who had some knowledge of the language.

Karelian is a Finnic language spoken mainly in the Russian Republic of Karelia. Linguistically, Karelian is closely related to the Finnish dialects spoken in eastern Finland, and some Finnish linguists have even classified Karelian as a dialect of Finnish, though in the modern day it is widely considered a separate language. Karelian is not to be confused with the Southeastern dialects of Finnish, sometimes referred to as karjalaismurteet in Finland.

Meänkieli is a group of distinct Finnish dialects or a Finnic language spoken in the northernmost part of Sweden along the valley of the Torne River. Its status as an independent language is disputed, but in Sweden it is recognized as one of the country's five minority languages.

Kvenland, known as Cwenland, Qwenland, Kænland, and similar terms in medieval sources, is an ancient name for an area in Fennoscandia and Scandinavia. Kvenland, in that or nearly that spelling, is known from an Old English account written in the 9th century, which used information provided by Norwegian adventurer and traveler Ohthere, and from Nordic sources, primarily Icelandic. A possible additional source was written in the modern-day area of Norway. All known Nordic sources date from the 12th and 13th centuries. Other possible references to Kvenland by other names and spellings are also discussed here. 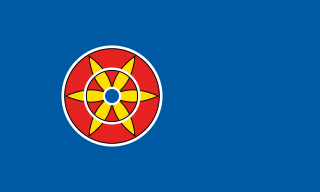 Kvens are a Balto-Finnic ethnic minority in Norway. They are descended from Finnish peasants and fishermen who emigrated from the northern parts of Finland and Sweden to Northern Norway in the 18th and 19th centuries. In 1996, Kvens were granted minority status in Norway, and in 2005 the Kven language was recognized as a minority language in Norway.

Many languages are spoken, written and signed in Norway.

Kainun institutti – kvensk institutt is a center for Kven culture and language. It is located in Børselv in Porsangi (Porsanger) municipality in Norway. It was opened in January 2007. The chair at the institute is Hilde Skanke. In total six people are employed at the institute. Funding is provided by the Norwegian government. 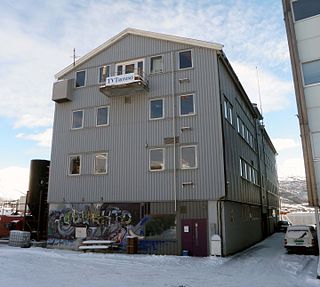 Ruijan Kaiku is a bilingual newspaper that is published in Tromsø, Norway.

Swedish as a foreign language is studied by about 40,000 people worldwide at the university level and by over one million people on Duolingo. It is taught at over two hundred universities and colleges in 38 countries. Swedish is the Scandinavian language most studied abroad.

The Norwegian Kven Organization was established in 1987, and has about 700 members. The organization has local branches in Skibotn, Børselv, Nord-Varanger, Tana, Lakselv, Alta, northern Troms, Tromsø, and Østlandet. 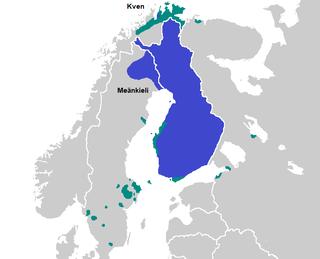 Finnish is a Uralic language of the Finnic branch, spoken by the majority of the population in Finland and by ethnic Finns outside of Finland. Finnish is one of the two official languages of Finland. In Sweden, both Finnish and Meänkieli are official minority languages. The Kven language, which like Meänkieli is mutually intelligible with Finnish, is spoken in the Norwegian county Troms og Finnmark by a minority group of Finnish descent.

The Peräpohjola dialects are forms of Finnish spoken in Lapland in Finland, Sweden, and Norway. The dialect group belongs to the Western Finnish dialects and it is divided into five more specific dialect groups.

Keiino is a Norwegian supergroup consisting of Sámi rapper Fred Buljo and singers Alexandra Rotan and Tom Hugo. The group was created in late 2018 in preparation for the participation in Melodi Grand Prix 2019, which they won and so were selected to represent Norway in the Eurovision Song Contest 2019, coming in 6th place in the final. 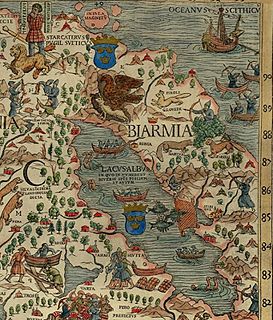 Bjarmian languages are a group of extinct Finnic languages once spoken in Bjarmia, or the northern part of the Dvina basin. Vocabulary of the languages in Bjarmia can be reconstructed from toponyms in the Arkhangelsk region, and a few words are documented by Norse travelers. Also some Saamic toponyms can also be found in the Dvina basin.