Kyllikki Pohjala (11 November 1894 – 22 September 1979) was a Finnish politician and nurse. She was a member of the Parliament of Finland from 1933 to 1962 and served as the minister of social affairs from October to December 1963.

Born in Nakkila, Pohjala was a nurse in the Finnish Civil War and Estonian War of Independence and studied nursing education at Columbia University in the 1920s. After she returned to Finland, she was elected to Parliament in 1933, representing Turku Province North as a member of the National Coalition Party. Pohjala worked on healthcare and welfare issues during her time in Parliament, but grew interested in foreign policy during and after World War II. In the 1950s, she became a Finnish representative in the Inter-Parliamentary Union and the United Nations General Assembly.

Pohjala was born on 11 November 1894 in Nakkila, Finland. She was the daughter of Topias Pohjala, a fisherman, and Josefina Brander. She graduated from secondary school in Pori in 1914, and became a reporter for the regional newspaper. [1] Pohjala then attended a nursing school run by Sophie Mannerheim in Helsinki, graduating in 1917, and worked as a nurse in the Finnish Civil War in 1918 and the Estonian War of Independence in 1918–1919. [1] [2] She received six decorations from Finland, Estonia, and Latvia for "heroism under fire". [3] After the wars, she worked as a nurse in Harjavalta in 1919 and 1920. [4]

In 1920, Pohjala, who did not speak any English at the time, moved to the United States to continue her nursing studies. She worked at NYU Lutheran Medical Center and Columbia-Presbyterian Medical Center for five years, learning English and earning money for her education. [1] [5] Pohjala studied nursing education at Columbia University, where she received the Bachelor of Science degree in 1927. [4] [5] After graduating, she returned to Finland and became the editor-in-chief of the nursing trade magazine Sairaanhoitaja, a position she held until 1963. She was also the president of the Finnish Nurses Association  [ fi ] between 1935 and 1963. [4] [5]

Pohjala's colleagues from her time as a military nurse in the 1910s encouraged her to run in the 1933 Finnish parliamentary election. [1] She ran and won the election to represent the Turku Province North constituency (now Satakunta), taking office on 1 September 1933. [4] She was an unaffiliated candidate in the election but joined the National Coalition Party after she was elected. [5] Pohjala was a member of Parliament for almost 30 years, serving continuously until 19 February 1962. [4]

As a member of Parliament, Pohjala frequently focused on healthcare and welfare issues, informed by her experiences as a nurse. [5] [6] Her first bill, which provided funding for the renovation of a state hospital in Pori, was passed by the legislature. She advocated for the expansion of hospitals, including the construction of a pediatrics department of the Helsinki general hospital. Pohjala also worked to improve the social status of nurses and expand municipal healthcare, frequently working on bipartisan legislation with representatives from left-wing parties, including Miina Sillanpää and Hilja Pärssinen of the Social Democratic Party. She later remarked that as a woman legislator, she did not receive as much respect from the National Coalition Party compared to women representatives in other parties. [1]

Pohjala was strongly opposed to the signing of the Moscow Peace Treaty at the conclusion of the Winter War with the Soviet Union in 1940. When she traveled to England after the war, German forces invaded Norway and she was unable to return to Finland. She received an invitation from United States President Herbert Hoover and traveled to the U.S. where she met with Finnish American groups and was eventually able to return to her country. [1] During the Continuation War, Pohjala was a member of Suomen Huolto  [ fi ], an organization that provided aid to civilians. [5]

After the conclusion of World War II, Pohjala continued her involvement in foreign policy. She joined the Foreign Affairs Committee in 1945, and was the committee's vice chair from 1949 to 1957 and from 1961 to 1962. She joined the Finnish Group in the Inter-Parliamentary Union, chairing the group's executive committee from 1959 to 1962, and was a member of the Finnish delegation to the United Nations General Assembly from 1957 to 1962. [1]

Pohjala was appointed second minister of social affairs by prime minister Ahti Karjalainen on 13 April 1962. [7] She later wrote that the appointment came as a surprise because few women from the National Coalition Party had ever been appointed as minister. [1] She was promoted to Minister of Social Affairs on 18 October 1963. [7] During her time in the Ministry of Social Affairs, Pohjala introduced the Health Insurance Act, which provided medical insurance to all residents of Finland. When Karjalainen's term ended on 18 December 1963 due to the resignations of ministers who were sympathetic to the Central Organisation of Finnish Trade Unions, Pohjala retired from politics. [5] 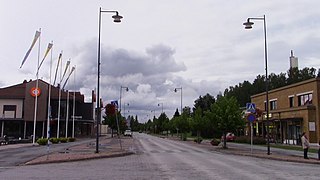 Nakkila is a municipality of Finland. It is located in the province of Western Finland and is part of the Satakunta region, 19 kilometres (12 mi) southeast of Pori. The Kokemäki River flows along the center of Nakkila. The municipality has a population of 5,253 and covers an area of 184.88 square kilometres (71.38 sq mi) of which 1.97 km2 (0.76 sq mi) is water. The population density is 28.72 inhabitants per square kilometre (74.4/sq mi). The municipality is unilingually Finnish. The name Nackeby was earlier used in Swedish. 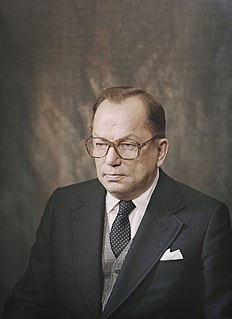 Parliamentary elections were held in Finland on 4 and 5 February 1962.

Parliamentary elections were held in Finland on 2 and 3 January 1972.

Anne Elisabeth Holmlund is a Finnish politician and Minister of the Interior of Finland from 2007 to 2011. She has been a Member of Parliament for the National Coalition Party since 2002.

The Note Crisis was a political crisis in Soviet–Finnish relations in 1961. The Soviet Union sent Finland a diplomatic note on October 30, 1961, referring to the threat of war and West German militarization and proposing that Finland and the Soviet Union begin consultations on securing the defence of both countries, as provided for in the Finno-Soviet Treaty of 1948. The note coincided with the detonation of the Tsar Bomba, the most powerful nuclear test in history, and followed close on the heels of the Berlin Crisis and Bay of Pigs Invasion.

Veli Kaarlo Merikoski was a professor at the University of Helsinki and once the Minister for Foreign Affairs representing People's Party. 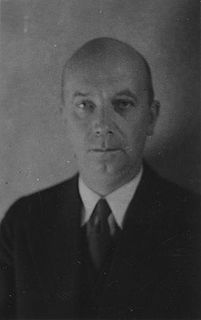 Johan Eino Kilpi was a Finnish journalist and politician. He served as Minister of Social Affairs from 17 April 1945 to 26 March 1946, Minister of Education from 26 March 1946 to 26 May 1946 and Minister of the Interior from 26 May to 29 July 1948. He was a member of the Parliament of Finland, representing the Social Democratic Party of Finland (SDP) from 1930 to 1933 and the Finnish People's Democratic League (SKDL) from 1948 to 1962. He was the candidate of the SKDL in the presidential elections of 1956, getting 18.7% of the vote. He was married to Sylvi-Kyllikki Kilpi. 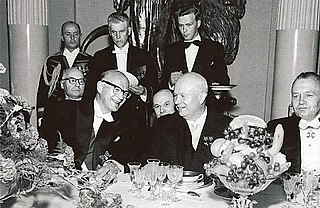 Margit Marjatta Margareetta Eskman was a Finnish politician. She was a member of the Parliament of Finland from 1966 to 1975, representing Turku Province North as a member of the Social Democratic Party. She was the Second Minister of Finland from February to May 1972, the first woman to hold that position. Eskman later served as the director-general of Finland's national social security agency and the National Board of Social Welfare. 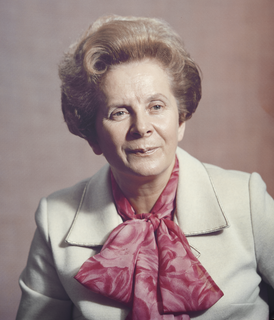 Meeri Sirka Kalavainen was a Finnish politician. She represented Kymi in the Parliament of Finland as a member of the Social Democratic Party from 1948 to 1979. She was also the country's first minister of culture in the cabinet of prime minister Ahti Karjalainen from 1970 to 1971. 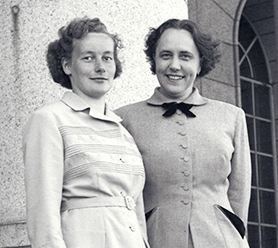 Anna-Liisa Korpinen was a Finnish politician. She represented Lapland in the Parliament of Finland as a member of the Finnish People's Democratic League from 1951 to 1974. In 1968, she was appointed as Minister of Social Affairs by prime minister Mauno Koivisto, and was the Minister of Social Affairs and Health in prime minister Ahti Karjalainen's government from 1970 to 1971. 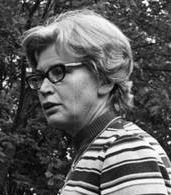 Alli Kyllikki Lahtinen was a Finnish politician who was the Minister of Social Affairs and Health from 1971 to 1972 and from June to November 1975.

Katri-Helena Eskelinen was a Finnish politician. She represented Kuopio in the Parliament of Finland from 1966 to 1987 as a member of the Centre Party. She was also the second minister of social affairs and health in the governments of Prime Ministers Ahti Karjalainen and Mauno Koivisto. 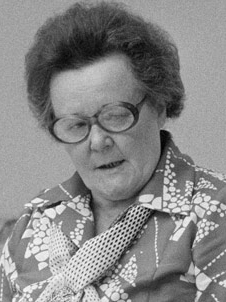 Ilmi Orvokki Kangas was a Finnish politician. She represented Vassa in the Parliament of Finland from 1970 to 1983 as a member of the Centre Party. From September 1976 to May 1977, she was Finland's second minister of social affairs and health, appointed by Prime Minister Martti Miettunen. 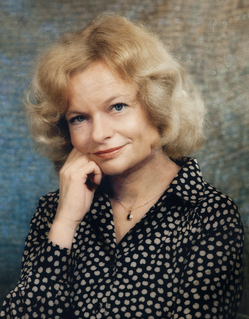 Kaarina Elisabeth Suonio is a Finnish retired politician and psychologist. She represented Helsinki in the Parliament of Finland from 1975 to 1986 as a member of the Social Democratic Party. From 1982 to 1986, she was Finland's minister of education, and from 1994 to 1997, she was the last governor of Häme Province prior to its merger with other provinces.