Kyowa Kirin Co., Ltd. (協和キリン株式会社, Kyōwa Kirin Kabushiki Kaisha) is a Japanese pharmaceutical and biotechnology company under the Kirin Holdings, and is among the 40 largest in the world by revenue. The company is headquartered in Chiyoda-ku, Tokyo and is a member of the Nikkei 225 stock index. [4] [5]

On July 1, 1949 the forerunner of the present company, Kyowa Hakko Kogyo Co., Ltd. is established. Following the merger with Kirin Pharma Co., Ltd., on October 1, 2008 the company changed its name to its present.

On July 11, 2014, the KHK subsidiary, ProStrakan Group (based in Scotland), acquired Archimedes Pharma from the Novo Nordisk Foundation for $394 million [6] 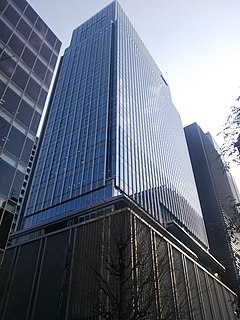 The Takeda Pharmaceutical Company Limited[takeꜜda jakɯçiŋ koꜜːɡʲoː] is a Japanese multinational pharmaceutical and biopharmaceutical company. It is the largest pharmaceutical company in Asia and one of the top 20 largest pharmaceutical companies in the world by revenue. The company has over 49,578 employees worldwide and achieved US $19.299 billion in revenue during the 2018 fiscal year. The company is focused on metabolic disorders, gastroenterology, neurology, inflammation, as well as oncology through its independent subsidiary, Takeda Oncology. Its headquarters is located in Chuo-ku, Osaka, and it has an office in Nihonbashi, Chuo, Tokyo. In January 2012, Fortune Magazine ranked the Takeda Oncology Company as one of the 100 best companies to work for in the United States. 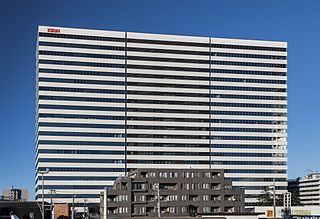 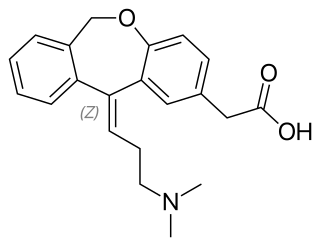 Olopatadine, sold under the brand name Opatanol among others, is a medication used to decrease the symptoms of allergic conjunctivitis and allergic rhinitis. It is used as eye drops or as a nasal spray. The eye drops general result in an improvement within half an hour.

Daiichi Sankyo Company, Limited is a global pharmaceutical company and the second-largest pharmaceutical company in Japan. It achieved JPY 2,305.4 billion in revenue in 2018. The company owns the American biotechnology company Plexxikon, the German biotechnology company U3 Pharma, and recently sold Ranbaxy Laboratories in India. Daiichi Sankyo Co., Ltd. is the producer of Benicar (Olmesartan), an angiotensin II receptor antagonist and top selling drug in the U.S. Global sales of Olmesartan in 2013 were 300.2 billion yen.

Janssen Biotech, Inc., formerly Centocor Biotech, Inc., is a biotechnology company that was founded in Philadelphia in 1979 with an initial goal of developing new diagnostic assays using monoclonal antibody technology.

The Chugai Pharmaceutical Co., Ltd. is a drug manufacturer operating in Japan. It is a subsidiary controlled by Hoffmann-La Roche, which owns 62% of the company as of 30 June 2014. The company is headquartered in Tokyo. Osamu Nagayama is the current representative director and chairman. Tatsuro Kosaka is the current representative director, president and CEO. 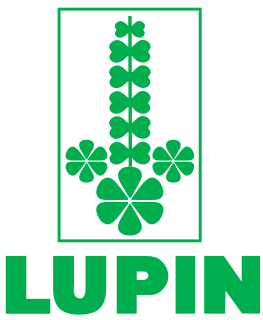 Brodalumab is a human monoclonal antibody designed for the treatment of inflammatory diseases.

The Global Health Innovative Technology Fund, headquartered in Japan, is an international public-private partnership between the Government of Japan, 16 pharmaceutical and diagnostics companies, the Bill & Melinda Gates Foundation, the Wellcome Trust and United Nations Development Programme. It funds scientific research and development for anti-infectives and diagnostics for diseases that primarily affect the developing world. Bill Gates has noted that "GHIT draws on the immense innovation capacity of Japan’s pharmaceutical companies, universities and research institutions to accelerate the creation of new vaccines, drugs and diagnostic tools for global health." Margaret Chan, former Director-General of the World Health Organization, said: "The GHIT Fund has stepped in to provide that incentive in a pioneering model of partnership that brings Japanese innovation, investment and leadership to the global fight against infectious disease."

Burosumab is a human monoclonal antibody medication for the treatment of X-linked hypophosphatemia and tumor-induced osteomalacia. Burosumab was approved by the FDA for its intended purpose, in patients aged one year and older, in April 2018. The FDA approval fell under both the breakthrough therapy and orphan drug designations. It was approved for use in the European Union in February 2018.