listen )) is a town in the district of Cloppenburg, in Lower Saxony, Germany. The town is situated on the river Hase, approx. 25 km southwest of Cloppenburg.

In 1814 the Duchy of Oldenburg was divided into 25 offices, one of which became Löningen. This was dissolved 1879 and Löningen was assigned to the district of Cloppenburg.

The municipal laws of Löningen were codified on 1 March 1982. 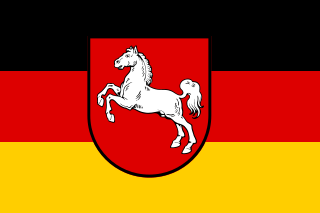 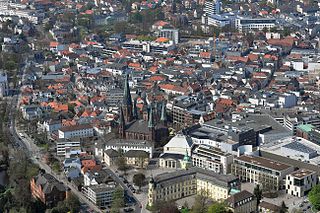 Oldenburg is an independent city in the district of Oldenburg in the state of Lower Saxony, Germany. The city is officially named Oldenburg (Oldb) to distinguish from Oldenburg in Holstein. 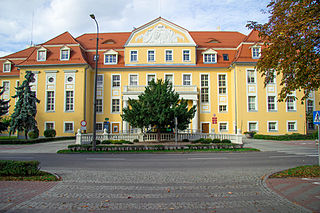 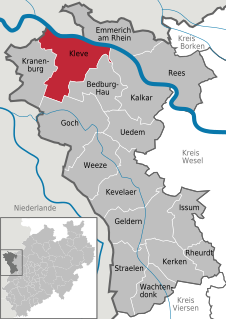 Kleve is a town in the Lower Rhine region of northwestern Germany near the Dutch border and the river Rhine. From the 11th century onwards, Cleves was capital of a county and later a duchy. Today, Cleves is the capital of the district of Cleves in the German state of North Rhine-Westphalia. The city is home to one of the campuses of the Rhine-Waal University of Applied Sciences. 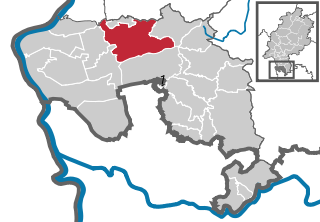 Bensheim is a town in the Bergstraße district in southern Hessen, Germany. Bensheim lies on the Bergstraße and at the edge of the Odenwald mountains while at the same time having an open view over the Rhine plain. With about 40,000 inhabitants (2016), it is the district's biggest town. 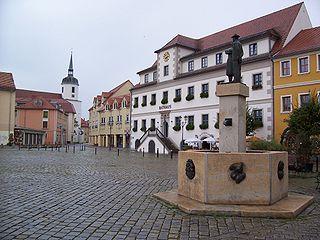 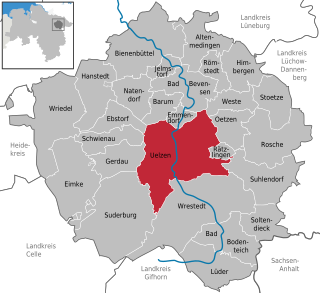 Uelzen is a town in northeast Lower Saxony, Germany, and capital of the county of Uelzen. It is part of the Hamburg Metropolitan Region, a Hanseatic town and an independent municipality. 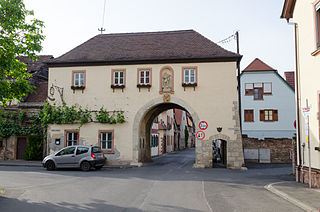 Thüngersheim is a community located in Germany. The community is situated on the River Main. It is a community in the district of Würzburg. The village is molded by the surrounding vineyards, more than 2 square kilometres (0.8 sq mi). 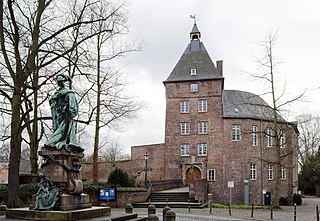 Moers is a German city on the western bank of the Rhine, close to Duisburg. Moers belongs to the district of Wesel. 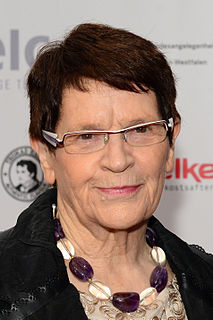 Rita Süssmuth is a German politician and a member of the Christian Democratic Union (CDU).

Bilk, Oberbilk and Unterbilk are parts of Düsseldorf and together with Hamm, Flehe and Volmerswerth they constitute City District 3, which is the most populated district of Düsseldorf with 105,281 inhabitants. The renowned Heinrich-Heine-University is located in Bilk. 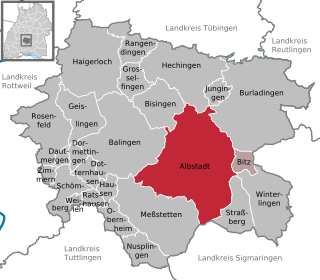 Albstadt is the largest city in the district of Zollernalbkreis in Baden-Württemberg, Germany. It is located on the Swabian Jura mountains, about halfway between Stuttgart and Lake of Constance. 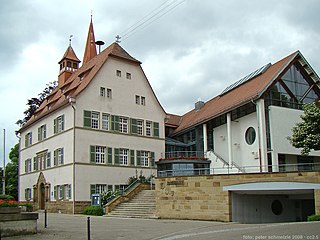 Ilsfeld is a town in the district of Heilbronn in Baden-Württemberg in Germany, on the outer edge of the Stuttgart Metropolitan Region. In addition to the village of Ilsfeld proper, it includes the formerly independent settlements of Auenstein and Schozach and some hamlets. Formerly predominantly agricultural, it has become more commercially oriented since an autobahn exit was built in the 1950s. The village of Ilsfeld was largely destroyed by a fire in 1904, and was rebuilt with public buildings in a rustic Württemberg style with Jugendstil elements. 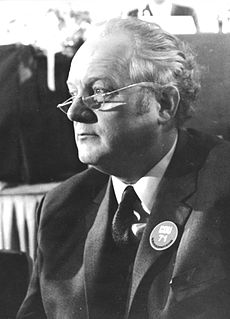 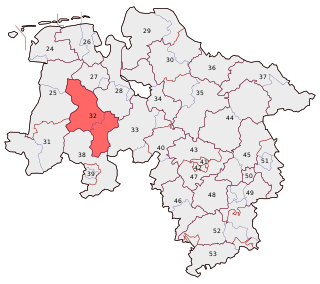 Cloppenburg – Vechta is an electoral constituency represented in the Bundestag. It elects one member via first-past-the-post voting. Under the current constituency numbering system, it is designated as constituency 32. It is located in northwestern Lower Saxony, comprising the Cloppenburg and Vechta districts.

Silvia Breher is a German lawyer and politician of the Christian Democratic Union (CDU). She has been Member of the Bundestag for the constituency of Cloppenburg - Vechta since the 2017 federal election. At the CDU conference in November 2019 she was elected as one of the deputy leaders of her party; she succeeded Ursula von der Leyen who had been elected to the Presidency of the European Commission.