Luitzen Egbertus Jan Brouwer ( /ˈbraʊ.ər/ ; Dutch:  [ˈlœy̯tsə(n) ɛɣˈbɛrtəs jɑn ˈbrʌu̯ər] ; 27 February 1881 – 2 December 1966), usually cited as L. E. J. Brouwer but known to his friends as Bertus, was a Dutch mathematician and philosopher, who worked in topology, set theory, measure theory and complex analysis. [2] [4] [5] He is known as the founder of modern topology, [6] particularly for establishing his fixed-point theorem and the topological invariance of dimension. [7]

Brouwer also became a major figure in the philosophy of intuitionism, a constructivist school of mathematics in which math is argued to be a cognitive construct rather than a type of objective truth. This position led to the Brouwer–Hilbert controversy, in which Brouwer sparred with his formalist colleague David Hilbert. Brouwer's ideas were subsequently taken up by his student Arend Heyting and Hilbert's former student Hermann Weyl.

Brouwer also proved the simplicial approximation theorem in the foundations of algebraic topology, which justifies the reduction to combinatorial terms, after sufficient subdivision of simplicial complexes, of the treatment of general continuous mappings. In 1912, at age 31, he was elected a member of the Royal Netherlands Academy of Arts and Sciences. [8] He was an Invited Speaker of the ICM in 1908 at Rome [9] and in 1912 at Cambridge, UK. [10]

Brouwer founded intuitionism, a philosophy of mathematics that challenged the then-prevailing formalism of David Hilbert and his collaborators, who included Paul Bernays, Wilhelm Ackermann, and John von Neumann (cf. Kleene (1952), p. 46–59). A variety of constructive mathematics, intuitionism is a philosophy of the foundations of mathematics. [11] It is sometimes and rather simplistically characterized by saying that its adherents refuse to use the law of excluded middle in mathematical reasoning.

Brouwer was a member of the Significs Group. It formed part of the early history of semiotics—the study of symbols—around Victoria, Lady Welby in particular. The original meaning of his intuitionism probably can not be completely disentangled from the intellectual milieu of that group.

In 1905, at the age of 24, Brouwer expressed his philosophy of life in a short tract Life, Art and Mysticism, which has been described by the mathematician Martin Davis as "drenched in romantic pessimism" (Davis (2002), p. 94). Arthur Schopenhauer had a formative influence on Brouwer, not least because he insisted that all concepts be fundamentally based on sense intuitions. [12] [13] [14] Brouwer then "embarked on a self-righteous campaign to reconstruct mathematical practice from the ground up so as to satisfy his philosophical convictions"; indeed his thesis advisor refused to accept his Chapter II "as it stands, ... all interwoven with some kind of pessimism and mystical attitude to life which is not mathematics, nor has anything to do with the foundations of mathematics" (Davis, p. 94 quoting van Stigt, p. 41). Nevertheless, in 1908:

"... Brouwer, in a paper entitled 'The untrustworthiness of the principles of logic', challenged the belief that the rules of the classical logic, which have come down to us essentially from Aristotle (384--322 B.C.) have an absolute validity, independent of the subject matter to which they are applied" (Kleene (1952), p. 46).

"After completing his dissertation, Brouwer made a conscious decision to temporarily keep his contentious ideas under wraps and to concentrate on demonstrating his mathematical prowess" (Davis (2000), p. 95); by 1910 he had published a number of important papers, in particular the Fixed Point Theorem. Hilbert—the formalist with whom the intuitionist Brouwer would ultimately spend years in conflict—admired the young man and helped him receive a regular academic appointment (1912) at the University of Amsterdam (Davis, p. 96). It was then that "Brouwer felt free to return to his revolutionary project which he was now calling intuitionism " (ibid).

He was combative as a young man. He was involved in a very public and eventually demeaning controversy in the later 1920s with Hilbert over editorial policy at Mathematische Annalen , at that time a leading learned journal. He became relatively isolated; the development of intuitionism at its source was taken up by his student Arend Heyting.

Dutch mathematician and historian of mathematics, Bartel Leendert van der Waerden attended lectures given by Brouwer in later years, and commented: "Even though his most important research contributions were in topology, Brouwer never gave courses in topology, but always on—and only on—the foundations of his intuitionism. It seemed that he was no longer convinced of his results in topology because they were not correct from the point of view of intuitionism, and he judged everything he had done before, his greatest output, false according to his philosophy." [15]

"...he felt more and more isolated, and spent his last years under the spell of 'totally unfounded financial worries and a paranoid fear of bankruptcy, persecution and illness.' He was killed in 1966 at the age of 85, struck by a vehicle while crossing the street in front of his house." (Davis, p. 100 quoting van Stigt. p. 110.) 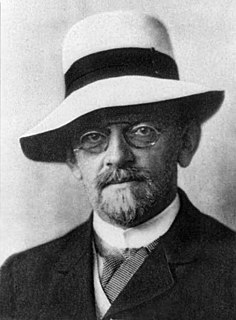 In logic, the law of excluded middle states that for every proposition, either this proposition or its negation is true. It is one of the so called three laws of thought, along with the law of noncontradiction, and the law of identity. However, no system of logic is built on just these laws, and none of these laws provide inference rules, such as modus ponens or De Morgan's laws.

In the philosophy of mathematics, intuitionism, or neointuitionism, is an approach where mathematics is considered to be purely the result of the constructive mental activity of humans rather than the discovery of fundamental principles claimed to exist in an objective reality. That is, logic and mathematics are not considered analytic activities wherein deep properties of objective reality are revealed and applied, but are instead considered the application of internally consistent methods used to realize more complex mental constructs, regardless of their possible independent existence in an objective reality.

In the philosophy of mathematics, constructivism asserts that it is necessary to find a specific example of a mathematical object in order to prove that an example exists. Contrastingly, in classical mathematics, one can prove the existence of a mathematical object without "finding" that object explicitly, by assuming its non-existence and then deriving a contradiction from that assumption. Such a proof by contradiction might be called non-constructive, and a constructivist might reject it. The constructive viewpoint involves a verificational interpretation of the existential quantifier, which is at odds with its classical interpretation. 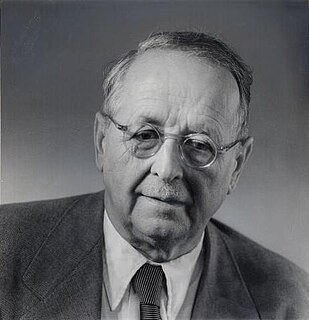 Arend Heyting was a Dutch mathematician and logician.

In the mathematical philosophy, the pre-intuitionists were a small but influential group who informally shared similar philosophies on the nature of mathematics. The term itself was used by L. E. J. Brouwer, who in his 1951 lectures at Cambridge described the differences between intuitionism and its predecessors:

Of a totally different orientation [from the "Old Formalist School" of Dedekind, Cantor, Peano, Zermelo, and Couturat, etc.] was the Pre-Intuitionist School, mainly led by Poincaré, Borel and Lebesgue. These thinkers seem to have maintained a modified observational standpoint for the introduction of natural numbers, for the principle of complete induction [...] For these, even for such theorems as were deduced by means of classical logic, they postulated an existence and exactness independent of language and logic and regarded its non-contradictority as certain, even without logical proof. For the continuum, however, they seem not to have sought an origin strictly extraneous to language and logic.

Jan Arnoldus Schouten was a Dutch mathematician and Professor at the Delft University of Technology. He was an important contributor to the development of tensor calculus and Ricci calculus, and was one of the founders of the Mathematisch Centrum in Amsterdam. 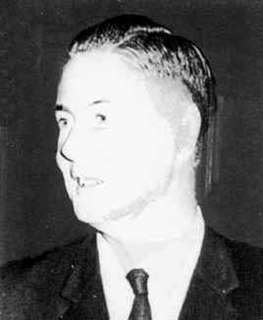 In the philosophy of mathematics, formalism is the view that holds that statements of mathematics and logic can be considered to be statements about the consequences of the manipulation of strings using established manipulation rules. A central idea of formalism "is that mathematics is not a body of propositions representing an abstract sector of reality, but is much more akin to a game, bringing with it no more commitment to an ontology of objects or properties than ludo or chess." According to formalism, the truths expressed in logic and mathematics are not about numbers, sets, or triangles or any other coextensive subject matter — in fact, they aren't "about" anything at all. Rather, mathematical statements are syntactic forms whose shapes and locations have no meaning unless they are given an interpretation. In contrast to logicism or intuitionism, formalism's contours are less defined due to broad approaches that can be categorized as formalist.

In a foundational controversy in twentieth-century mathematics, L. E. J. Brouwer, a proponent of the constructivist school of intuitionism, opposed David Hilbert, a proponent of formalism. The debate concerned fundamental questions about the consistency of axioms and the role of semantics and syntax in mathematics. Much of the controversy took place while both were involved with the prestigious Mathematische Annalen journal, with Hilbert as editor-in-chief and Brouwer as a member of its editorial board.

Gerrit Mannoury was a Dutch philosopher and mathematician, professor at the University of Amsterdam and communist, known as the central figure in the signific circle, a Dutch counterpart of the Vienna circle.

Dirk van Dalen is a Dutch mathematician and historian of science.

In topology, the Phragmén–Brouwer theorem, introduced by Lars Edvard Phragmén and Luitzen Egbertus Jan Brouwer, states that if X is a normal connected locally connected topological space, then the following two properties are equivalent: