The village centre is traffic free and consists of around 6 apartment blocks, a couple of hotels and numerous chalets spread out through the forest. There are 4 ski hire shops, a tourist office, newsagent, bakery, supermarket, post office, lift pass office and 8 bars / restaurants. La Tania has a cash machine situated next to the tourist office.

The village is served by a 12 person gondola which links to two high speed chairs (Dou des Launches (4 man) & Bouc Blanc (6 man)) from where you can ski down to either the Courchevel or Meribel ski areas. There is a series of 2 drag lifts that can also take you from the village to the Courchevel side of the mountain. La Tania also boasts the use of the ski-school École du ski Français, the largest ski-school in France, and other ski-schools; Supreme Ski and Snowboard School, Magic In Motion, New Generation, Ultimate Snowsports, Cab9, Momentum Ski and Ski Class.

There are three pistes that wind down through the forest into the village from the top of the gondola - red, blue and green; with the blue and green benefiting from snow cannons for all season access. La Tania also has a free beginners drag lift which runs throughout the season (Troika). [1]

With its north-east facing slopes the powder here can often remain overlooked for several days, especially the Gazex couloirs off the Col de la Loze, named Gazex 1,2 and 3, by La Tania legends Nic Atkinson, Mark Jones & Billy Manson. Pub Le Ski Lodge is the main social centre of La Tania run by Tim Wall since the building of the resort. The local community website updated by Toffa keeps everyone informed of what is going on.

Les Houches is a commune in the Haute-Savoie department and Auvergne-Rhône-Alpes region of eastern France. 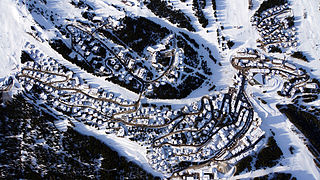 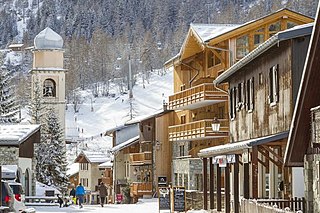 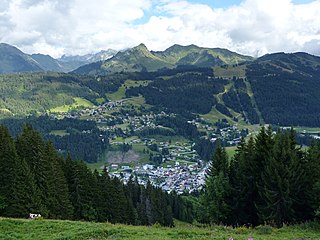 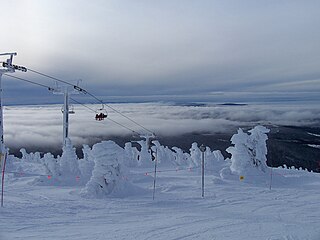 Big White Ski Resort, or simply Big White, is a ski resort located 56 km (35 mi) southeast of Kelowna in the Southern Interior of British Columbia. Located on Big White Mountain, the highest summit in the Okanagan Highland, an upland area between the Monashee Mountains and the Okanagan Valley, it is the third largest resort in British Columbia, after Whistler-Blackcomb and Sun Peaks. 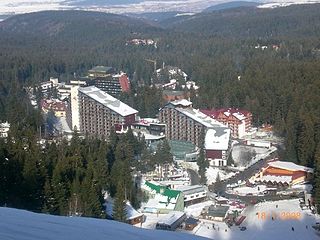 Borovets, known as Chamkoria (Чамкория) until the middle of the 20th century, is a popular Bulgarian mountain resort situated in Sofia Province, on the northern slopes of Rila, at an altitude of 1350 m. Borovets is 10 km from Samokov, 73 km from Sofia and 125 km from Plovdiv.

Åre is a ski resort in Jämtland, Sweden, founded 111 years ago in 1909 and owned by SkiStar AB. 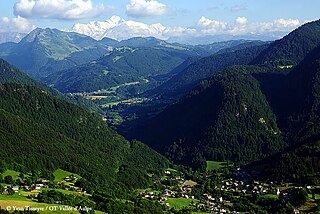