Last updated April 06, 2021
French company
This article is about the clothing company. For other uses, see Lacoste (disambiguation).

Lacoste S.A. is a French company, founded in 1933 by tennis player René Lacoste and André Gillier. It sells clothing, footwear, sportswear, eyewear, leather goods, perfume, towels and watches. The company can be recognised by its green crocodile logo. [2] René Lacoste, the company's founder, was nicknamed "the Crocodile" by fans because of his tenacity on the tennis court. [3] In November 2012 Lacoste was bought outright by Swiss family-held group Maus Frères. [4]

René Lacoste founded La Chemise Lacoste in 1933 with André Gillier, the owner and president of the largest French knitwear manufacturing firm at the time. They began to produce the revolutionary tennis shirt Lacoste had designed and worn on the tennis courts with the crocodile logo embroidered on the chest. The company claims this as the first example of a brand name appearing on the outside of an article of clothing. [5] Starting in the 1950s, Izod produced clothing known as Izod Lacoste under license for sale in the U.S. This partnership ended in 1993 when Lacoste regained exclusive U.S. rights to distribute shirts under its own brand. In 1977, Le Tigre Clothing was founded in an attempt to directly compete with Lacoste in the US market, selling a similar array of clothing, but featuring a tiger in place of the signature Lacoste crocodile.

Bernard Lacoste became seriously ill in early 2005, which led him to transfer the presidency of Lacoste to his younger brother and closest collaborator for many years, Michel Lacoste. Bernard died in Paris on 21 March 2006. [6]

In 2009, Hayden Christensen became the face of the Challenge fragrance for men. [8]

In September 2010, Christophe Lemaire stepped down and Felipe Oliveira Baptista succeeded him as the creative manager of Lacoste. [9]

René Lacoste Foundation is a community program developed to help children be able to play sports in school.

In March 2016, the company opened a new flagship store on Fashion Street in Budapest. [10]

In 2017, tennis player Novak Djokovic was named brand ambassador and "the new crocodile" (next to Rene Lacoste) for Lacoste. This obligation includes a five-year contract as well as multiple appearances in advertising campaigns. [11]

In September 2019, Lacoste appointed Chinese singer / actor Z.Tao as their brand spokesperson for Asia Pacific as the brand's first attempt of appointing someone for the region. [12]

In the early '50s, Bernard Lacoste teamed up with David Crystal, who at the time owned Izod, to produce Izod Lacoste clothing. In the 1970s and 1980s, it was extremely popular with teenagers who called the shirts simply Izod. While the union was both profitable and popular, Izod Lacoste's parent company (Crystal Brands, Inc.) was saddled with debt from other business ventures. When attempts to separate Izod and Lacoste to create revenue did not alleviate the debt, Crystal sold his half of Lacoste back to the French and Izod was sold to Van Heusen.

However, starting in 2000, with the hiring of a new fashion designer Christophe Lemaire, Lacoste began to take over control of its brand name and logo, reining in their branding arrangements. Currently, Lacoste has once again returned to the elite status it held before a brand management crisis circa 1990.

Lacoste was involved in a long-standing dispute over its logo with Hong Kong-based sportswear company Crocodile Garments. At the time, Lacoste used a crocodile logo that faced right (registered in France in 1933) while Crocodile used one that faced left (registered in various Asian countries in the 1940s and 1950s). Lacoste tried to block an application from Crocodile to register its logo in China during the 1990s, the dispute ending in a settlement. As part of the agreement, Crocodile agreed to change its logo, which now sports scalier skin, bigger eyes and a tail that rises vertically. [14]

Retailers of the brand

Lacoste operates a large number of Lacoste boutiques worldwide located as concessions in leading department stores and also as independent venue stores. In the United Kingdom, Lacoste is available from a variety of shops including, JD Sports, KJ Beckett and John Lewis Partnership. Likewise in the United States, the Lacoste brand can be found in stores such as Saks Fifth Avenue, Nordstrom, Lord & Taylor, Neiman Marcus, Bloomingdale's, Macy's, Belk, Halls, and other independent retailers. In Canada, Lacoste is sold at Harry Rosen, Hudson's Bay (retailer), its own boutiques, and other independent retailers. In Australia, it is sold at David Jones, and Myer.

In July 2011, Lacoste, along with other major fashion and sportswear brands including Nike, Adidas and Abercrombie & Fitch, was the subject of Dirty Laundry, a report by the environmental group Greenpeace. According to the findings of the report, Lacoste was accused of working with suppliers in China which contribute to the pollution of the Yangtze and Pearl Rivers. Samples taken from one facility belonging to the Youngor Group located on the Yangtze River Delta and another belonging to the Well Dyeing Factory Ltd. located on a tributary of the Pearl River Delta revealed the presence of hazardous and persistent hormone disruptor chemicals, including alkylphenols, perfluorinated compounds and perfluorooctane sulfonate. [19]

In December 2011 Lacoste was accused of censoring the work of Palestinian artist Larissa Sansour. Sansour had initially been included on a shortlist of eight nominees for the prestigious Lacoste Élysée prize – a competition which had been organised by the Musée de l'Élysée in Lausanne, Switzerland, with Lacoste's sponsorship. Sansour's entry into the competition was entitled "Nation Estate", which involved a series of "dystopic sci-fi images based on Palestine's admission to UNESCO". In this work Sansour imagines the state contained within a single skyscraper, with each floor representing a replica of "lost cities" including Jerusalem, Ramallah and Sansour's own hometown of Bethlehem.

A month before the selection jury was to meet to choose the winner, however, the Musée de l'Élysée informed Sansour that Lacoste had changed its mind about including her work in the competition and asked the Museum to remove her as a nominee citing her work to be "too pro-Palestinian". Sansour soon went public with her story and within 48 hours the Musée de l'Élysée came out in her support announcing, in a press release, [20] that it had decided to suspend its relationship with Lacoste as a sponsor of this prize due to its insistence on excluding Sansour from the competition. The museum emphasized that its decision to end the competition was in line with the organisation's 25 years of commitment to artistic freedom. [21]

Lacoste's attempt to censor Sansour's work led to widespread international negative media reports on the company's actions and renewed discussions on the role of private sector companies in art sponsorships. [22] [23]

Preppy or prep is a youth subculture in the United States associated with old private Northeastern college preparatory schools. The terms are used to denote a person seen as characteristic of a student or alumnus of these schools. Characteristics of preps in the past include a particular subcultural speech, vocabulary, dress, mannerisms and etiquette, reflective of an upper-class upbringing. 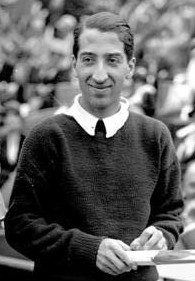 Jean René Lacoste was a French tennis player and businessman. He was nicknamed "the Crocodile" because of how he dealt with his opponents; he is also known worldwide as the creator of the Lacoste tennis shirt, which he introduced in 1929. 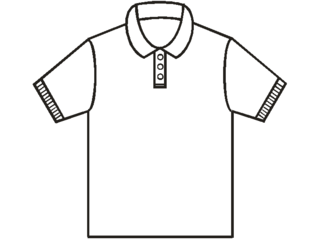 Hugo Boss AG, often styled as BOSS, is a German luxury fashion house headquartered in Metzingen, Baden-Württemberg. The company sells clothing, accessories, footwear and fragrances. Hugo Boss is one of the largest German clothing companies, with global sales of €2.9 billion in 2019. Its stock is a component of the MDAX. The company has been the subject of several controversies including its stance on sourcing cotton from Xinjiang, which is suspected of using Uyghur forced labor.

The Izod Corporation is an American mid-range clothing company that produces dressy-casual clothing, sportswear for men, as well as footwear and accessories. It is part of PVH, forming part of its Heritage Brands division along with Van Heusen, Arrow, Warner's, Olga, True & Co., and Geoffrey Beene. It is perhaps best known for its short-sleeved piqué polo shirt, formerly produced by Lacoste and featuring the Lacoste crocodile on the left breast, now replaced with an embroidered crest. One variation is the "IZ" patch instead of crest. Other Izod classics include the Harrington jacket G-9 model, also v-neck and cardigan sweaters. Today, the Izod brand competes most directly with the similarly-priced Chaps brand owned by Ralph Lauren Corporation, while competing more indirectly on the lower end with U.S. Polo Assn. and on the higher end with Nautica. Of PVH's two preppy-styled brands, Izod is the lower-priced of the two, slotting below Tommy Hilfiger in the lineup, and is considered a companion to PVH's Van Heusen brand, which is more focused on dresswear and business casual clothing.

Izod Lacoste was a brand name of sportswear licensed to Izod by Lacoste from 1952-1993. 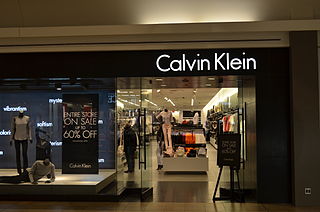 B.U.M. Equipment, a clothing brand under the ownership of BUM Equipment LLC, is a street fashion clothing company that was founded in 1986 in a Seattle garage. The brand is known for its beginning as a Los Angeles casual sportswear brand for men, women, and children. The brand had financial troubles in the mid-1990s under the management of the original owner, Chauvin International, Ltd. It went bankrupt in 1996 and was acquired by the creditors of B.U.M. International Inc. and managed by SOS Management in 1997. SOS Management, and its successor B.U.M. Equipment LLC, subsequently relaunched B.U.M. Equipment. The brand's fashion lines include men's, women's, junior's, and children's sportswear apparel, as well as hosiery, footwear, backpacks, handbags, luggage, and eyewear. According to the LA Times, B.U.M. Equipment is "one of the most successful young men's sportswear brands in California fashion history."

Ellesse is an Italian sport apparel company originally founded in Umbria, Italy in 19 June 1959. It has been owned by British Pentland Group since 1987.

Nation Estate is a 2013 Palestinian movie directed by Larissa Sansour. It is a sci-fi short film that depicts Palestine as a skyscraper, with each floor representing a city in Palestine. An earlier version of the project garnered attention when it was removed from a competition at the Musée de l'Elysée allegedly due to its political connotations.

XBlades is an Australian sports equipment manufacturing company engaged in the design, development and selling of products primarily related to footwear and clothing. The company was established in 1989 to make shoes for athletes who played rugby union and Australian rules football.

Robert George was a French ice hockey player. He competed in the men's tournament at the 1928 Winter Olympics. He was a friend of René Lacoste, and designed the crocodile logo on the Lacoste tennis shirt.