Lassi Forss (born 15 January 2002) is a Finnish professional footballer who plays for FC Lahti as a defender. [1]

Bhang is an edible preparation of cannabis originating from the Indian subcontinent. It has been used in food and drink as early as 1000 BC in ancient India. Bhang is traditionally distributed during the spring festival of Holi. Bhang is mainly used in bhang shops, which sell the cannabis-infused Indian drinks bhang lassi and bhang thandai. 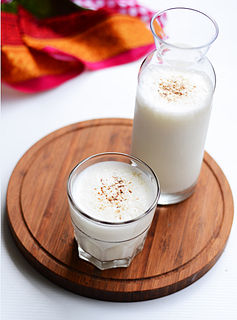 Lassi is a popular traditional dahi (yogurt)-based drink that originated in India. Lassi is a blend of yoghurt, water, spices and sometimes fruit. Namkeen (salty) lassi is similar to doogh, while sweet and mango lassis are like milkshakes. Bhang lassi is infused with the drug cannabis in the form of bhang. Chaas is a similar drink of a thinner consistency. 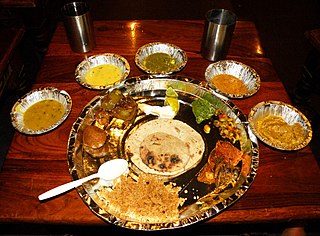 Rajasthani cuisine was influenced by both the war-like lifestyles of its inhabitants and the availability of ingredients in this arid region. Food that could last for several days and could be eaten without heating was preferred. Scarcity of water and fresh green vegetables have all had their effect on the cooking. It is also known for its snacks like Bikaneri bhujia, mirchi bada and pyaaj kachori. Other famous dishes include malaidar special lassi (lassi) and Lashun ki chutney, Mawa lassi from Jodhpur, Alwar ka mawa, Malpauas from Pushkar and rasgulla from Bikaner, "paniya"and "gheriya" from Mewar. Originating for the Marwar region of the state is the concept Marwari Bhojnalaya, or vegetarian restaurants, today found in many part of India, which offer vegetarian food of the Marwari people. The history also has its effect on the diet as the Rajputs preferred majorly a non-vegetarian diet while the Brahmin, Jains, Maheshwari, Vaishnavas, and other preferred a vegetarian diet. So, the state has a myriad of both types of delicacies.

Chaas is a dahi (yogurt)-based drink popular across the Indian subcontinent. It is also written chhaachh. In the Bengal region of the Indian subcontinent, it is called ghol. It is called moru മോര് in Tamil and Malayalam, taak ताक in Marathi, majjiga in Telugu, majjige in Kannada, ale in Tulu. It is often called laban in the Old Dhaka in Bangladesh. In Indian English, it is often referred to as buttermilk. 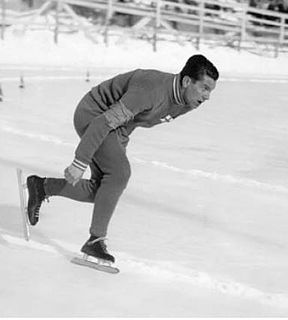 IV liiga is the sixth and lowest league organised by the Estonian Football Association. The season starts in April and lasts until October.

Mehrullah Lassi is a former Pakistani amateur boxer best known to win a gold medal at the 2002 Asian Games.

Forss may refer to: 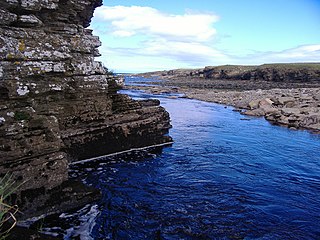 Forss is a small hamlet, situated 3 miles west of Thurso, in Caithness, Scottish Highlands and is in the Scottish council area of Highland. Brims Castle is located in Forss and was the former stronghold of the Sinclairs of Dunbeath. The ancient 12th century chapel known as St Mary's Chapel is located nearby at Crosskirk.

Lassi is a village in Hiiumaa Parish, Hiiu County, Estonia, located on the southern part of Hiiumaa island. It has a population of 44.

Blond was the Swedish boy band that has represented Sweden in the Eurovision Song Contest 1997. In Dublin the band performed the entry "Bara hon älskar mig" which finished in 14th place.

Helga Cecilia Forss, also known as Cissi Forss, is a Swedish actress and comedian. Her breakthrough role was Jennifer in the 2010 film Simple Simon and Cindy in the ICA commercials. When she was seven, Forss participated in a segment of Trafikmagasinet on SVT. Her film debut was in Maria Blom's 2004 film Masjävlar. Forss joined Nour El-Refai in the hidden camera show Raj Raj broadcast on TV400. She also worked with El-Refai, Johan Matton, Björn Gustafsson, and Peter Settman in the TV3 comedy show Hus i helvete. With El-Refai and Maud Lindström, she has written and performed the act "Almost Like Boys" at Riksteatern in 2008, a comedy act about gender. Forss has also appeared in Henrik Schyffert's comedy series Sverige pussas och kramas on Kanal5. In summer 2009, she also participated in Kanal5 series Balls of Steel. 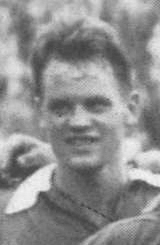 Rainer Forss is a retired Finnish professional football forward, manager and coach. He won full, Olympic and B caps for Finland at international level and was a member of Finland's 1952 Summer Olympics squad.

Lassi Järvenpää is a Finnish professional footballer who plays for IFK Mariehamn, as a right back.

Marcus Forss is a Finnish professional footballer who plays for English club Brentford as a forward. He is a product of the West Bromwich Albion academy and is a current Finland U21 international.

Coldd Lassi Aur Chicken Masala is an Indian romantic comedy web series starring Divyanka Tripathi Dahiya and Rajeev Khandelwal. Produced by Doris Dey & Suhail Zaidi it is directed by Pradeep Sarkar. The filming of the series began in February 2019 in Vadodara. The story revolves around two hotel management students, Nitya and Vikram who later become chefs. It marks the debut of Tripathi in the digital medium. The series premiered and started streaming on 3 September 2019 on ALT Balaji It is also available on ZEE5.

Eva Hildegard Maria Billow née Forss (1902–1993) was an influential Swedish illustrator, cartoonist and children's writer. She is remembered for writing and illustrating rhyming Swedish children's stories, including Pojkarna Igelkotts vinterskor (1948) and Nickes lediga dag (1950). They depict everyday life in a playful, humorous style, often with animals as the principal characters. Her poetry collections are inspired by children in the home environment, sometimes depicted as animals, sometimes as human beings.