Laurence Rochon "Laurie" Owen ( /lɔːrˈɔːns/ ; May 9, 1944 – February 15, 1961) was a Hall of Fame American figure skater. She was the 1961 U.S. National Champion and represented the United States at the 1960 Winter Olympics, where she placed 6th. She was the daughter of Maribel Vinson and Guy Owen and the sister of Maribel Owen. Owen died, along with her mother, sister and the entire United States Figure Skating team, in the crash of Sabena Flight 548 en route to the 1961 World Figure Skating Championships.

Owen was born in Oakland, California, and for the first eight years grew up in Berkeley. She was the second child of Guy Owen and Maribel Vinson, both talented figure skaters, and the younger sister of pairs skater Maribel Owen. In 1952, shortly after the death of her husband, Maribel Vinson moved her family back to her girlhood home at 195 High Street in Winchester, Massachusetts, where they lived with Maribel's mother. Laurence, who at school was known by her full name, attended Winchester Junior High School and then Winchester High School where in addition to maintaining her grueling training schedule she was an honor student, wrote poetry, and participated in several sports. [1]

In January 1960, Owen placed 3rd in the 1960 United States Figure Skating Championships and qualified for the 1960 Winter Olympics where she placed 6th. Her mother, the 1932 Winter Olympics Bronze Medalist and nine times US Singles Champion Maribel Vinson-Owen, was her coach.

On January 29, 1961, Owen won the 1961 United States Figure Skating Championships in Colorado Springs and on February 12 that same year, won the 1961 North American Figure Skating Championships in Philadelphia. [3] After her victory at the US Nationals, she became a media sensation and was nicknamed "The Winchester Pixie." [1] On February 13, 1961 she appeared on the cover of Sports Illustrated magazine with a feature story that described her as "America's most exciting girl skater." [4] In that same Sports Illustrated issue, writer Barbara Hellman noted that Owen had both great presence and a dancer's ability to relate to her music and described her free skating as having "an air, a style, an individuality which sets it apart from all the work done in free skating in recent years." [5]

On February 17, 2011 the U.S. Figure Skating Association released the documentary film entitled "Rise 1961". The movie chronicled the relationship between Owen and her mother, the airliner crash in Belgium and the rebirth of the United States Figure Skating Team after the crash. [7]

As national champion, Owen was selected as a member of the U.S. Figure Skating Team to compete in the 1961 World Figure Skating Championships, to be held in Prague, Czechoslovakia. The championships were scheduled to begin on February 22, 1961. [3] Just before 7:30 pm EST, on Valentine's Day 1961, Owen, her mother Maribel Vinson-Owen, her sister Maribel and the rest of the US team, along with 16 of the team's friends, family and coaches, boarded Sabena Flight 548 at Idlewild Airport in New York. [3] On February 15, 1961, about 10:00 am Brussels time, the Boeing 707 approached Zaventem Airport. The aircraft was on a long approach to runway 20 when, near the runway threshold and at a height of 900 feet, power was increased and the landing gear retracted. The airplane attempted to circle and land on another runway but never made it back to the airport. The plane made three 360 degree turns to the left, during which the bank angle increased more and more until the aircraft had climbed to 1500 feet and was in a near vertical attitude. The 707 then leveled wings, abruptly pitched up, lost speed, and started to spiral rapidly, nose down, towards the ground. It crashed and caught fire in a marshy area adjacent to a farm field less than two miles from the airport ( 50°55′15.2″N04°31′36.4″E﻿ / ﻿50.920889°N 4.526778°E﻿ / 50.920889; 4.526778 ) at 10:04 a.m. Brussels time. [8] All 72 people on board, as well as a farmer on the ground, were killed. [8] Rescue workers discovered a signed copy of the Sports Illustrated magazine, featuring Owen with her signature pixie cut and a bright red skating dress on the cover, amid the wreckage. [9] Laurence Owen was only 16 years old.

The World Championships that year were cancelled out of respect for the United States team.

A memorial service was held on February 26, and Owen was interred that day beside her mother and sister in Mount Auburn Cemetery in Cambridge, Massachusetts.

In her book on figure skating, Debbi Wilkes, a Canadian Hall of Fame skater and coach who watched Owen win her title, wrote:

"Laurence was wonderful. She had a fresh, wholesome look, but didn't fit into any mold. She was carefree and joyous on the ice. She had wonderful rosy cheeks, beautiful big eyes and a short shag haircut that feathered over her face and fluttered when she skated. I was totally enchanted by her."

Owen had planned to attend her mother's alma mater, Radcliffe College, with a view to eventually becoming a writer. Following her death, at her high school in Winchester, Massachusetts, Laurie Owen's English teacher read a poem to her classmates that Laurie had recently written. The poem ended with these words:

Gloom is but a shadow of the night, long past;
Hope is the light,
The radiance.

Peggy Gale Fleming is an American former figure skater and the only American in the 1968 Winter Olympics in Grenoble, France to bring home a Gold Medal. She is the 1968 Olympic Champion in Ladies' singles and a three-time World Champion (1966–1968). Fleming has been a television commentator in figure skating for over 20 years, including several Winter Olympic Games.

Maribel Yerxa Vinson-Owen was an American figure skater and coach. She competed in the disciplines of ladies' singles and pair skating. As a single skater, she was the 1932 Olympic bronze medalist, a two-time World medalist, the 1937 North American champion, and a nine-time U.S. national champion. As a pair skater, she was the 1935 North American champion and four-time national champion with George Hill. She also won two national titles with Thornton Coolidge. She was the first female sportswriter at The New York Times, and continued competing and winning medals while working as a full-time reporter. 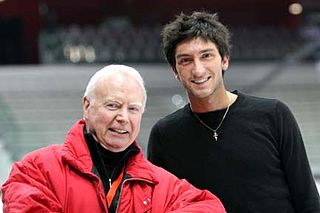 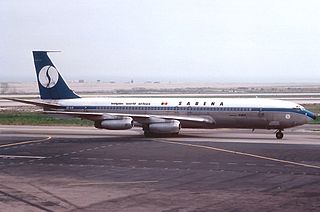 Sabena Flight 548 was a Boeing 707-329 flight operated by Sabena that crashed en route from New York City to Brussels, Belgium, on February 15, 1961. The flight, which had originated at Idlewild International Airport, crashed on approach to Zaventem Airport, Brussels, killing all 72 people on board and one person on the ground. The fatalities included the entire United States figure skating team, who were travelling to the World Figure Skating Championships in Prague, Czechoslovakia. The precise cause of the crash remains unknown; the most likely explanation was thought to be a failure of the mechanism that adjusted the tail stabilizer.

Barbara Ann Roles is an American former figure skater who currently works as a coach. She is the 1960 Olympic bronze medalist and the 1962 U.S. national champion.

Lorraine Hanlon Comanor is an American retired figure skater who competed in ladies singles. She is the 1963 U.S. national champion. After retiring from ice skating, Hanlon went on to attend medical school and practiced as an anesthesiologist for 20 years before going into pharmaceutical medicine. She is board certified in anesthesia.

Diane Carol "Dee Dee" Sherbloom was an American figure skater who competed in ice dance. Previously paired with Roger Campbell, she had no intentions of competing at the 1961 United States Figure Skating Championships until she met her partner Larry Pierce. Pierce's previous partner, Marilyn Meeker, suffered an injury shortly before the championships that made her unable to compete, and Pierce persuaded Sherbloom to join him. The newly formed pair went on to win the gold medal at Nationals and followed that up with a fourth-place finish at the North American Figure Skating Championships.

The Capt. Josiah Locke House is a historic house in Winchester, Massachusetts. The two story wood frame Federal style house was built in 1803 by Josiah Locke, a captain in the Woburn militia, in an area farmed by other members of his extended family. The interior of the house has retained significant early details, including period Federal and Greek Revival details, and very early wallpaper. The home is also notable as the residence of 9-time US Women's Figure Skating Champion Maribel Vinson Owen (1911-1961) and her daughter, 1961 US Women's Figure Skating Champion Laurence Owen (1944-1961), both of whom perished in the Sabena Flight 548 crash in February 1961.

Patricia Major Dineen was an American ice dancer who competed with her husband Robert Dineen. The duo won the Silver (Junior) dance title at the 1960 United States Figure Skating Championships and then the bronze at the senior level at the 1961 United States Figure Skating Championships, earning them the right to compete a month later at the World Championships in Prague. She and her husband died on February 15, 1961 when Sabena Flight 548 crashed en route to the World Championships. They left behind an infant son, Robert Jr., who was adopted by an uncle.

Roger Campbell was an American figure skater who competed in ice dancing.

Ila Ray Hadley, was an American figure skater who competed in pairs and ice dance with her brother Ray Hadley, Jr..

Ray Ellis Hadley Jr. was an American figure skater who competed in pairs and ice dance with his sister Ila Ray Hadley. 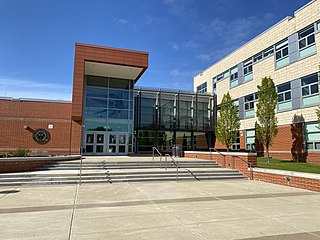 Winchester High School is a comprehensive 9–12 high school located in Winchester, Massachusetts, United States. Founded in 1850, it moved into its current location in the spring of 1972. Ranked 16th among Massachusetts High Schools, close to 98% of students graduated in 2016, with about 96% of those continuing to higher education.

The American Skaters Guild was the first skating teachers organization in North America. On August 10, 1938, a meeting took place of thirteen prominent figure skating coaches from the U.S. and Canada. The meeting took place in Lake Placid, N.Y. and was for the purpose of forming an association of professional figure skaters. The goals of this new organization were to provide mutual protection to the coaches and the clubs employing them, and to foster better relationships with the clubs and the United States Figure Skating Association. The group discussed the formulations of methods of ascertaining the competency of figure skating instructors by giving them tests directly associated with their actual teaching ability. Yearly dues of $5.00 were tentatively approved and officers were appointed, also temporarily. Willy Boeckl was elected President ; Willie Frick, 1st Vice-President; Walter Arian, 2nd Vice-President.