Akandu started his career and made his name as a centre forward but has become a defender.

In 2003–04 season, Akandu joined Happy Valley, one of the top team in Hong Kong First Division League. Despite lack of first division experience, he quickly adapted in the competition. He scored ten goals in the first-half season and led the Top Soccer table.

In November 2003, Akandu acquired Hong Kong permanent resident status and played as a striker in the Hong Kong representative team. He scored on his debut for Hong Kong in the East Asian Football Championship 2003 against Korea Republic on 4 December 2003, where he scored the only goal for Hong Kong. [3] 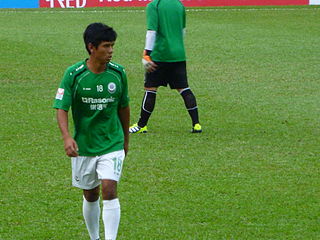 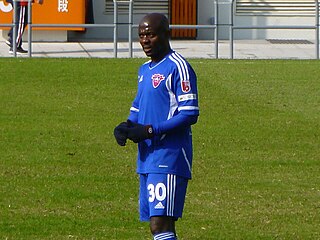 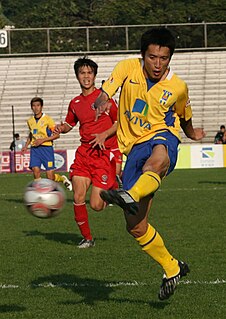 Chu Siu Kei is a Hong Kong former professional footballer who is currently retired. He plays as a midfielder. 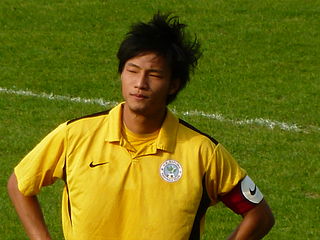 The 2019–20 season is Kitchee's 41st season in the top-tier division in Hong Kong football. Kitchee has competed in the Premier League, Senior Challenge Shield, FA Cup, Sapling Cup and AFC Cup this season.