Dobkin was a prolific performer during the Golden Age of Radio. He narrated the western Broken Arrow (1950). His film performances include Never Fear (1949), Sweet Smell of Success (1957) and North by Northwest (1959). Before the closing credits of each episode of the landmark ABC television network series Naked City (1958–1963), he said, "There are eight million stories in the naked city. This has been one of them." [1]

While playing Louie, The Saint's cab-driving sidekick on NBC Radio in 1951, he was asked to step into the lead role of Simon Templar to replace Tom Conway for a single episode — making Dobkin one of the few actors to portray Leslie Charteris' literary creation. [4]

He was also Lieutenant Matthews on The Adventures of Philip Marlowe , along with several other characters.

Continuing to work as a voice actor throughout his career, Dobkin contributed to the video game Tom Clancy's Rainbow Six: Rogue Spear (1999).

Dobkin began a prolific career in television in 1946, having worked as an actor, narrator and director. In 1953, he guest-starred on Alan Hale, Jr.'s short-lived CBS espionage series set in the Cold War, Biff Baker, U.S.A. . He was cast in a 1957 episode of the syndicated series The Silent Service , in "The Ordeal of the S 38", based on true stories of the submarine division of the United States Navy, in which he was the lead actor and was credited incorrectly as Lawrence Bodkin. He appeared also in the religion anthology series, Crossroads , based on experiences of American clergymen, and later on the ABC religion drama, Going My Way , starring Gene Kelly.

In the 1957-1958 television season, Dobkin played a director on the CBS sitcom, Mr. Adams and Eve , starring Howard Duff and Ida Lupino as fictitious married actors residing in Beverly Hills, California. He guest-starred in 1958 in the first season of ABC's The Donna Reed Show .

In 1957, Dobkin appeared in the third episode of the first season of the CBS Television western Have Gun – Will Travel , entitled "The Great Mohave Chase", as the owner of water rights in the small western town of Mohave.

In the May 9, 1958 episode of the CBS Television western series Trackdown entitled, "The End of the World," he portrays a con man named Walter Trump who promises to save a town from destruction by building a wall. Internet posts of this episode have gone viral due to its resemblance to real life US President Donald Trump and his controversial policy on immigration. [6] [7]

In 1960, Dobkin appeared as Kurt Reynolds in the episode "So Dim the Light" of the CBS anthology series The DuPont Show with June Allyson , and as an escape artist on the run from a possible murder charge in Wanted: Dead or Alive . That same year he played "Esteban Garcia" (a long time friend of Marshall Dillon where things go very wrong) in the TV Western Gunsmoke , in the episode "Don Matteo" (S6E7). He appeared in the David Janssen crime drama series, Richard Diamond, Private Detective . Dobkin appeared in four episodes of The Rifleman playing four different characters, including a heartfelt portrayal of General Philip Sheridan from the American Civil War. He appeared in an episode of The Tab Hunter Show in 1961. In 1964 he narrated the USIS documentary film about the Republican and Democrat conventions called "1964 The Conventions."

Often also cast as a villain, Dobkin portrayed gangster Dutch Schultz on ABC's The Untouchables . He appeared on the ABC/Warner Bros. crime drama, The Roaring 20s and in the NBC western with a modern setting, Empire . He was cast as a mass murderer in the 1972 pilot for ABC's The Streets of San Francisco , starring Karl Malden. He guest-starred on ABC's The Big Valley , starring Barbara Stanwyck. [8] He received an Emmy Award nomination for Outstanding Performance by an Actor in a Supporting Role in a Drama for his work on the CBS Playhouse episode, Do Not Go Gentle Into That Good Night (1967). [9] In 1991, Dobkin appeared in an episode of the television series Night Court as State Supreme Court Justice Welch.

In the Star Trek media franchise Dobkin directed the original series episode "Charlie X", and later portrayed the traitorous Klingon ambassador Kell on Star Trek: The Next Generation in the fourth-season episode "The Mind's Eye." [10]

As a writer, Dobkin created the title character for the 1974 film and the 1977–1978 NBC series The Life and Times of Grizzly Adams .

Dobkin's notable supporting film roles include Twelve O'Clock High (1949), The Day the Earth Stood Still (1951), Julius Caesar (1953), The Ten Commandments (1956), The Defiant Ones (1958), Johnny Yuma (1966) and Patton (1970). He had a cameo appearance in the 1954 sci-fi thriller Them . In an uncredited performance in Alfred Hitchcock's North by Northwest , Dobkin has a memorable line as an intelligence official who remarks on the plight of the hapless protagonist, on the run for murder after being mistaken for a person who doesn't exist: "It's so horribly sad. Why is it I feel like laughing?" [ citation needed ] 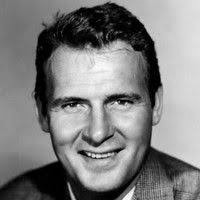 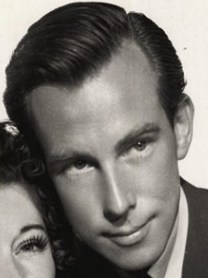 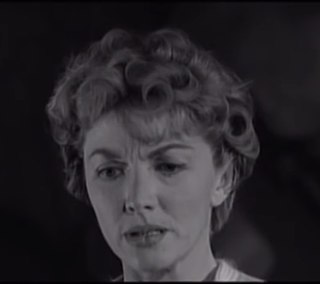 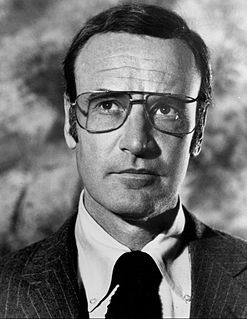 Michael Pate was an Australian actor, writer, director, who also worked in Hollywood in the 1950s and 1960s. 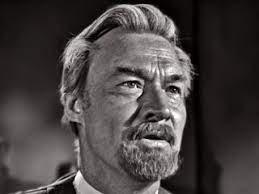 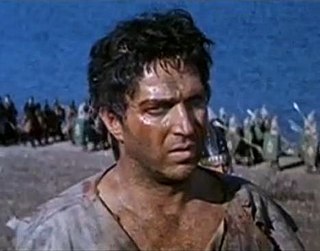 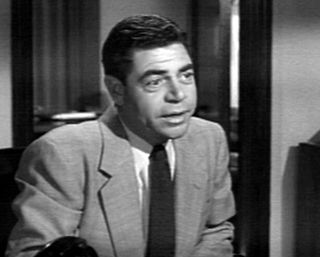 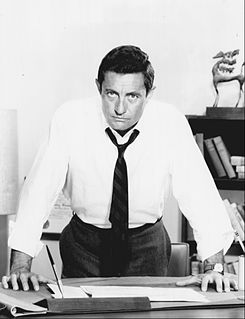 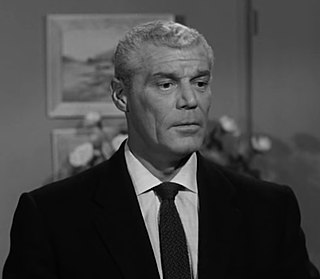 George Keymas was an American film and television actor.

Paul Dubov was an American radio, film and television actor as well as screenwriter. He frequently appeared in the works of Sam Fuller.