Zetland,born in London, [1] was the son of Lawrence Dundas,1st Marquess of Zetland,and Lady Lillian,daughter of Richard Lumley,9th Earl of Scarbrough. [2] He was educated at Harrow School and Trinity College,Cambridge. [3] At Cambridge,he was a member of the University Pitt Club. [4]

In 1900 Zetland became aide-de camp to Lord Curzon,Viceroy of India. While working for Curzon in the British Raj,Zetland travelled widely through Asia,having experiences which would later inform his fictional and non-fictional writing. [5]

Zetland was returned to Parliament for Hornsey in 1907,a seat he held until 1916. Much of his public career centred on British India. In September 1912,he was appointed (with Lord Islington,Herbert Fisher,Mr Justice Abdur Rahim,and others) as a member of the Royal Commission on the Public Services in India of 1912–1915. [6] He was Governor of Bengal between 1917 and 1922 and Secretary of State for India between 1935 and 1940. Although a member of the Conservative Party,his belief was that Indians should be allowed to take ever-increasing responsibility for the government of the country,culminating in Dominion status (enjoyed by Canada,Australia,and other formerly self-governing parts of the British Empire).

Zetland played an important role in the protracted negotiations which led to the Government of India Act 1935,which began,subject to the implacable opposition of Winston Churchill and the "diehards" to anything that might imperil direct British rule over India,to implement those ideals.

Zetland was also an author:Rab Butler,who served as his Parliamentary Under-Secretary at the India Office,records that he asked how he could understand better his chief's thinking about the future of India and received the answer:"Read my books!" Zetland kept Butler,who had helped to pass the Government of India Act and had enjoyed great influence under Zetland's predecessor Samuel Hoare,at arm's length,requiring him to book an appointment in advance if he wanted to see him. Butler continued to serve under him for another two years,but devotes only a single paragraph to this period in his memoirs. [7]

Zetland was ideally placed as Secretary of State for India to implement the new Act,although the two Viceroys with whom he served,Lords Willingdon and Linlithgow,were rather less idealistic than he. In the event,Willingdon and Linlithgow were proved right when the Congress Party won the 1937 Provincial elections,much to the dismay of Zetland. Zetland's term as Secretary of State —and the experiment with democracy represented by the 1935 Act —came to an end with Churchill's assumption of the Prime Ministership in 1940:Zetland then offered his resignation,feeling that his ideas and Churchill's regarding India were so different that "I could only end by becoming an embarrassment to him." Two months prior to this,on 13 March 1940,Zetland was one of four people shot at the Caxton Hall by Indian nationalist Udham Singh;former lieutenant governor of the Punjab,Michael O'Dwyer,was killed. Zetland suffered only bruising to his ribs (the bullet was found in his clothes) and was able to take his seat in the House of Lords five days later. [8] [9]

Zetland,who was known to favour good relations between the UK and Germany,was associated with the Anglo-German Fellowship during the late 1930s. [10]

Lord Zetland married Cicely,daughter of Mervyn Henry Archdale,on 3 December 1907 and lived at Snelsmore at Chieveley in Berkshire. Zetland died in February 1961,aged 84,and was succeeded by his son,Lawrence Dundas,3rd Marquess of Zetland. The Marchioness of Zetland died in January 1973. [2] They had five children: 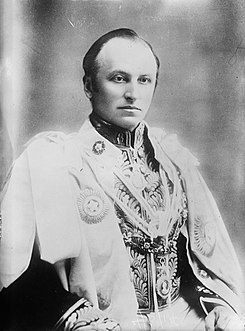 George Nathaniel Curzon, 1st Marquess Curzon of Kedleston,, was styled as Lord Curzon of Kedleston between 1898 and 1911, and as Earl Curzon of Kedleston between 1911 and 1921, was a British Conservative statesman who served as Viceroy of India from 1899 to 1905. During his time as viceroy, Lord Curzon created the territory of Eastern Bengal and Assam. He resigned after a political dispute with the British military commander Lord Kitchener. During the First World War, Curzon served in the small War Cabinet of Prime Minister David Lloyd George as Leader of the House of Lords, as well as the War Policy Committee. He served as Secretary of State for Foreign Affairs at the Foreign Office from 1919 to 1924. 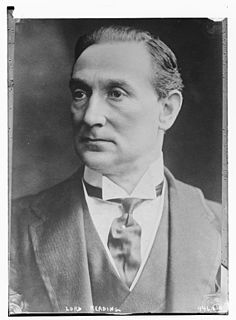 Rufus Daniel Isaacs, 1st Marquess of Reading, was a British Liberal politician and judge, who served as Lord Chief Justice of England, Viceroy of India, and Foreign Secretary, the last Liberal to hold that post. The second practising Jew to be a member of the British cabinet, Isaacs was the first Jew to be Lord Chief Justice, and the first, and as yet only, British Jew to be raised to a marquessate.

Richard Austen Butler, Baron Butler of Saffron Walden,, also known as R. A. Butler and familiarly known from his initials as Rab, was a prominent British Conservative politician. The Times obituary called him "the creator of the modern educational system, the key-figure in the revival of post-war Conservatism, arguably the most successful chancellor since the war and unquestionably a Home Secretary of reforming zeal." He was one of his party's leaders in promoting the post-war consensus through which the major parties largely agreed on the main points of domestic policy until the 1970s, sometimes known as "Butskellism" from a fusion of his name with that of his Labour counterpart Hugh Gaitskell.

Marquess of Zetland is a title in the Peerage of the United Kingdom. It was created on 22 August 1892 for the former Lord Lieutenant of Ireland, Lawrence Dundas, 3rd Earl of Zetland. Zetland is an archaic spelling of Shetland. The Dundas family descends from the wealthy Scottish businessman and Member of Parliament, Lawrence Dundas. In 1762 he was created a Baronet, of Kerse in the County of Linlithgow, in the Baronetage of Great Britain. The title was created with remainder, failing heirs male of his own, to his brother Thomas Dundas and the heirs male of his body. He was succeeded by his son, the second Baronet. He represented Richmond and Stirling in the House of Commons and also served as Lord Lieutenant of Orkney and Shetland. In 1794 he was created Baron Dundas, of Aske in the North Riding of the County of York, in the Peerage of Great Britain. Lord Dundas notably purchased the right to the earldom of Orkney and lordship of Zetland from James Douglas, 14th Earl of Morton. 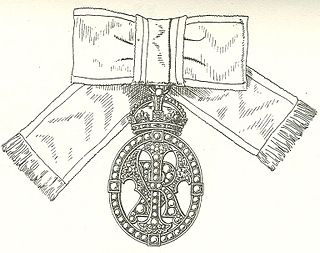 Lawrence Dundas, 1st Marquess of Zetland, known as Lawrence Dundas until 1873 and as the Earl of Zetland from 1873 to 1892, was a British Conservative statesman. He was Lord Lieutenant of Ireland between 1889 and 1892.

Victor Alexander John Hope, 2nd Marquess of Linlithgow, was a British Unionist politician, agriculturalist, and colonial administrator. He served as Governor-General and Viceroy of India from 1936 to 1943. He was usually referred to simply as Linlithgow. 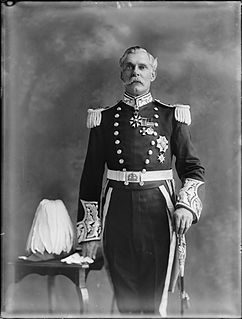 Lawrence Aldred Mervyn Dundas, 3rd Marquess of Zetland was a lawn tennis player of some note in the 1940s, known before 1961 as the Earl of Ronaldshay. 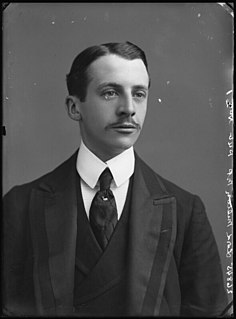 Lawrence Dundas may refer to:

Lawrence Mark Dundas, 4th Marquess of Zetland, less formally known as Mark Zetland, is a British peer, known before 1989 as Earl of Ronaldshay.

Sir Abdur Rahim, KCSI, sometimes spelt Abdul Rahim, was a judge and politician in British India, and a leading member of the Muslim League. He was President of the Nikhil Banga Praja Samiti from 1929 to 1934 and of the Central Legislative Assembly of India from 1935 to 1945.

The Barony of Newton is a Scottish feudal barony located in the Parish of Bothkennar near Grangemouth, Stirlingshire. The Barony was erected on 3 April 1685 with Edward Wright as baron. The Barony was subsequently confirmed by Crown Charter issued under the Great Seal of George III, William Frederick, King of Great Britain and Ireland.

Carolyne Anne Christie is a member of the British aristocracy, known for having been married to Rock Scully, manager of the Grateful Dead, and later to Roger Waters of Pink Floyd, who wrote songs about her. Her son Harry Waters is also a successful musician.

The Barony of Denboig is a Scottish feudal barony Parish in the county of Fife in Scotland. In the medieval period the church and parish of Dunbog originally belonged to the Abbey of Arbroath in Angus. Arbroath or Aberbrothock Abbey was initially a Cluniac Priory founded by King William the Lion in 1178, later, around 1233, it was taken over by Tironsian monks from Kelso Abbey. Arbroath Abbey is famed as the site of the signing of the Declaration of Independence in 1320. Within the parish of Dunbog stood the Cistercian Priory of Cadvan, a cell of nearby Balmerino Abbey. Balmerino Abbey which lies on the shores of the River Tay, across from Dundee, was founded as a Cistercian house by the widow of King William the Lion in 1236. The only building of historical significance in modern Dunbog is Dunbog Mansion house which is built on the site of Cadvan Priory. At one point it was occupied by Cardinal David Beaton [born 1494- died 1546]. 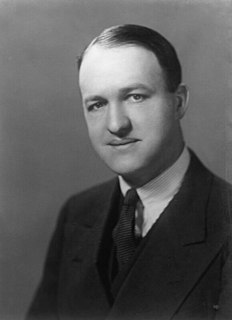 Richard Austen Butler, generally known as R. A. Butler and familiarly known from his initials as Rab, was a prominent British Conservative politician.