Last updated November 23, 2020
Ballet composed by Charles Lecocq
For the Swan from The Carnival of the Animals, see Le Cygne.

Le Cygne is a one-act ballet, with choreography by Mariquita, a scenario by Catulle Mendès, and music by Charles Lecocq. It was first staged at the Opéra-Comique, Paris on 20 April 1899. It is loosely based on the classical myth of Leda and the Swan.

Pierrot has happened across Leda bathing in the river Eurotas. He falls in love with her, and returns at dawn the next day hoping to catch sight of her again. A little faun, seeing the boy's sadness, offers him wine, fruits, and flowers, and summons nymphs and dryads from the adjoining laurel grove. They dance round him while he plays on a pipe, but he remains inconsolable. When music is heard in the distance announcing the arrival of Leda, with her attendants, he drives away the nymphs, dryads, and faun, and conceals himself among the flowers. Leda prepares for her morning bath, expressing the hope that she will again meet the beautiful swan – Zeus in disguise – who often meets her at this spot. She and her women undress and plunge into the river; the swan appears, gliding towards Leda. The attendants raise their cloaks to hide from view the embrace with which the queen welcomes the bird; but Pierrot has seen all, and, furious with jealousy, he strikes the swan with his stick, inflicting a mortal wound, from which the bird soon dies, singing before he expires. [2]

Struck with remorse, Pierrot runs to hide himself in the laurel grove, but Leda wounds him with an arrow. She then orders her attendants to place the swan on a litter of branches and flowers; the funeral procession moves off, leaving Pierrot alone, weeping despairingly. The faun returns and advises him to impersonate the swan. He is white like his dead rival, and his wide sleeves resemble wings. If the moon goddess Selene would only bring on a momentary eclipse of the sun the deception could be easily carried out. The sky darkens; Leda and her women return, and are astonished when another swan comes gliding on the river towards the queen. Night comes on suddenly, but soon daylight returns, and in a final apotheosis there appear huge eggs, from which hatch three little Pierrots with swans' wings on their backs. [2]

The reviewer for The Era found the story ingenious, but too sexually explicit for the respectable audiences of the Opéra-Comique. He thought Lecocq's music "tuneful enough, but commonplace, jingling—by no means in harmony with M. Mendes' light, poetical, fantastic theme". The choreography and staging were praised. [2] 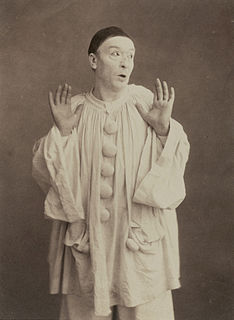 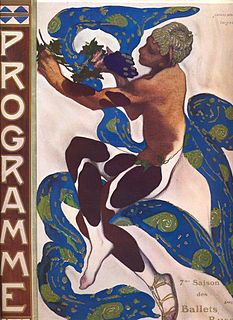 Catulle Mendès was a French poet and man of letters. 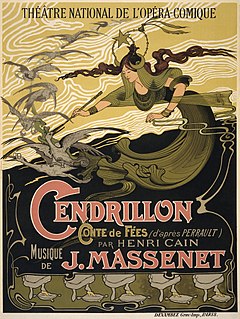 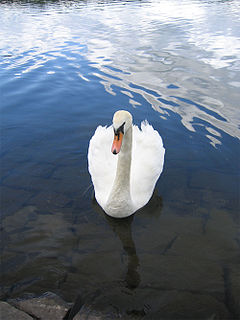 Le cygne, pronounced [lə siɲ], or The Swan, is the 13th and penultimate movement of The Carnival of the Animals by Camille Saint-Saëns. Originally scored for solo cello accompanied by two pianos, it has been arranged and transcribed for many instruments but remains best known as a cello solo.

Le Réveil de Flore, is a ballet anacréontique in one act, with choreography by Marius Petipa and music by Riccardo Drigo, to a libretto written by Petipa and Lev Ivanov. First presented by the Imperial Ballet at Peterhof Palace on 6 August [O.S. 25 July] 1894. 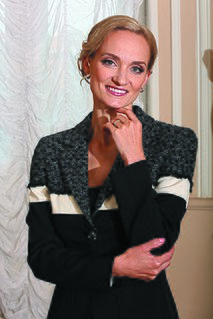 Irina Kolesnikova is a Russian ballet dancer. She is the prima ballerina of the St Petersburg Ballet Theatre.

The Dying Swan is a solo dance choreographed by Mikhail Fokine to Camille Saint-Saëns's Le Cygne from Le Carnaval des animaux as a pièce d'occasion for the ballerina Anna Pavlova, who performed it about 4,000 times. The short ballet follows the last moments in the life of a swan, and was first presented in St. Petersburg, Russia in 1905. The ballet has since influenced modern interpretations of Odette in Tchaikovsky's Swan Lake and has inspired non-traditional interpretations as well as various adaptations.

The Medici Fountain is a monumental fountain in the Jardin du Luxembourg in the 6th arrondissement in Paris. It was built in about 1630 by Marie de' Medici, the widow of King Henry IV of France and regent of King Louis XIII of France. It was moved to its present location and extensively rebuilt in 1864-66. 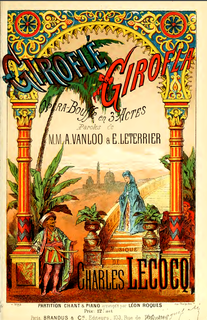 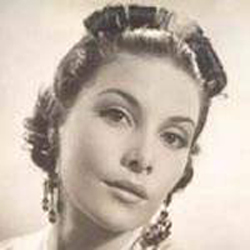 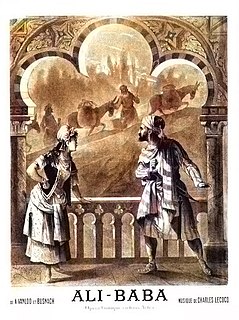 Ali-Baba is an opéra comique in three acts, first produced in 1887, with music by Charles Lecocq. The French libretto based on the familiar tale from the Arabian Nights was by Albert Vanloo and William Busnach. After some initial success the work faded from the repertoire. 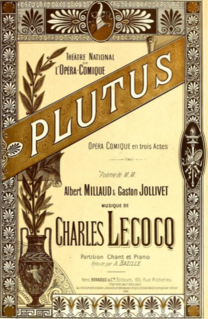 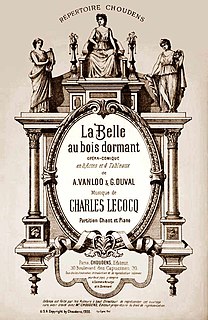 Juliette Darcourt, also seen as Juliette d'Harcourt, was a French actress and singer on the Paris stage.